Light Up the Night for New Year

Treasure Trove of Songs by the National Yiddish Theater 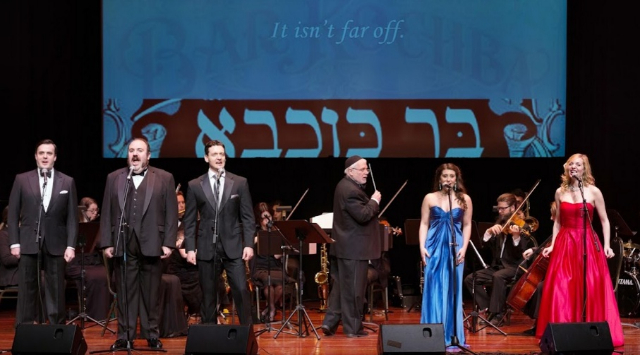 Lighting up the Night at the Museum of Jewish Heritage 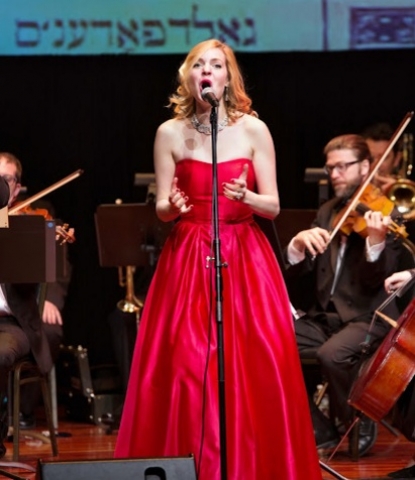 Grace Field, new to the company, delights with tumbling tendrils and notes 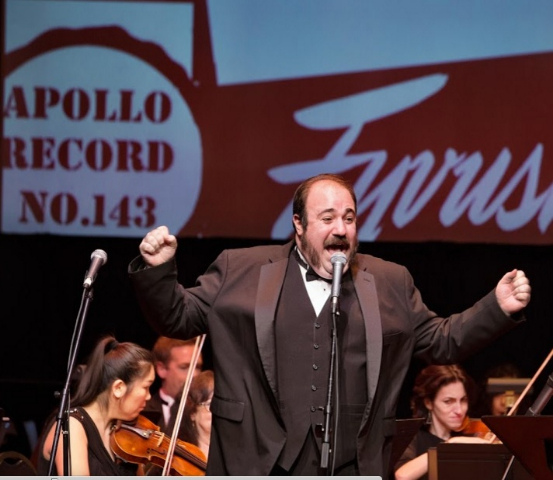 Adam B. Shapiro invites us to share the joy 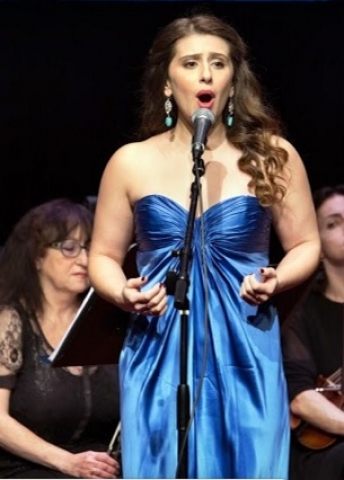 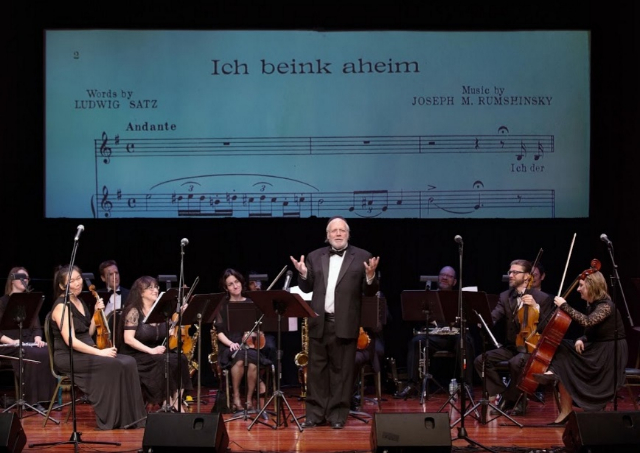 Maestro Zalmen Mlotek leads, explains and delights as he presents the findings of his worldwide search for the treasures of Jewish music. 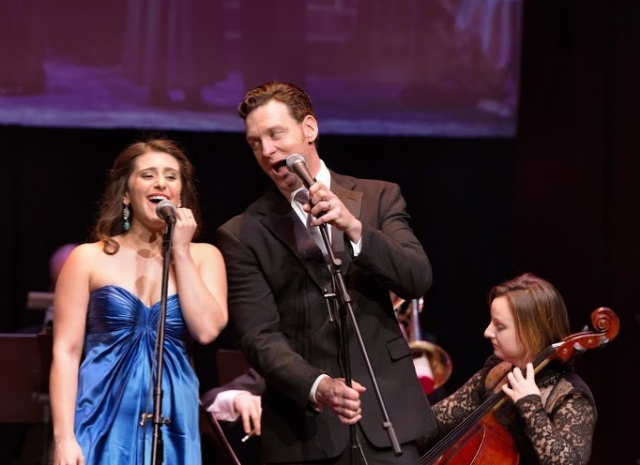 Rachel Policar and Glenn Seven Allen groove on each other for our pleasure. 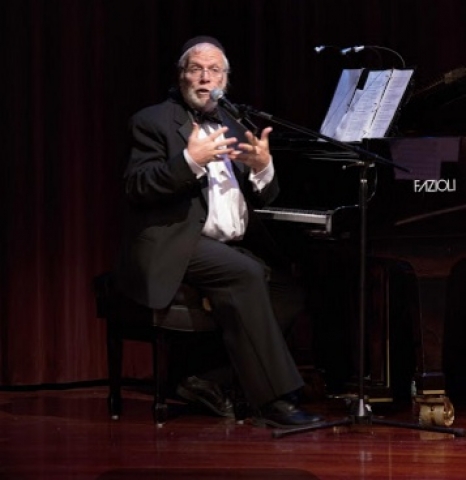 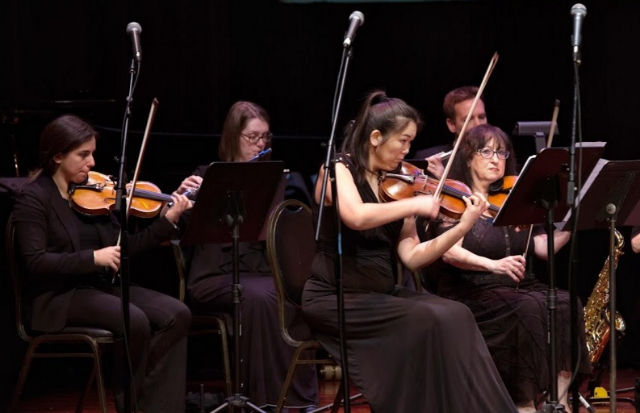 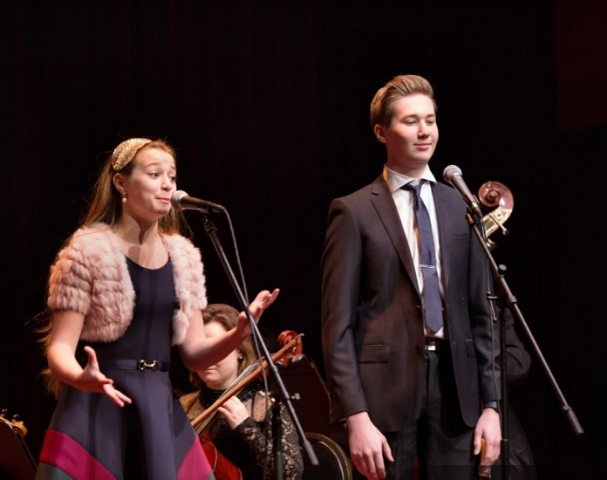 Sophia and Samuel Levit, members of the Folksbiene Youth Ensemble 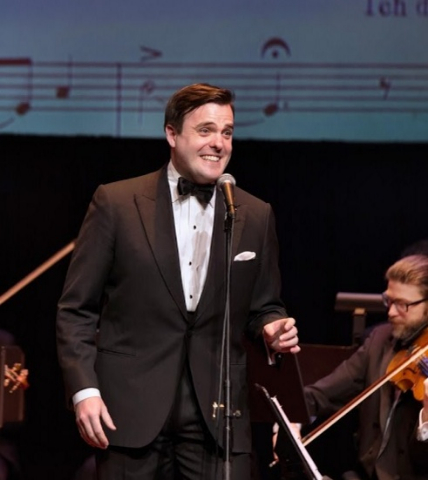 The concert of rediscovered and restored pre-and post-World War II music from the Golden Age of Yiddish Theater was presented in celebration of Hannukah.  Zalmen Mlotek, the music director of NYTF, conducted and also accompanied. He is a master of both roles and also the archivist who digs around for lost treasures.

The audience immediately joins in clapping, adding that most fundamental of musical instruments, the hands,  to the 16 piece orchestra on stage. Songs are often in minor modes but the overall mood is jubilant.

Adam B. Shapiro is the company ham and pulls us witlessly along with him, tumbling in his good humor and fun. Glenn Seven Allen is the groups' matinee idol and lights up the stage with his bright tenor.

Glamorous Grace Field, making her company debut and Rachel Policar, who mesmerized in The Golden Bride, swept dramatically onto stage. Field wore a strapless red silk gown with a full, rustling skirt and Policar was in a slim, blue-draped silk on which her colorful, rich tones floated like a stole of music.

Daniel Greenwood filled out the adult roster with robust rhythms and high spirits.

A brother and sister team, Sophia and Samuel Levit, middle schoolers who are part of the Folksbiene Youth ensemble, charmed us with sophisticated songs of childhood.

While the sadness and the yearning for a past home weave their way through most of the songs, the beat and the drive of the music is uplifting. If the purpose of Jewish music is to refine and transform us, the feeling may be more closely to that of a jolt of joy. The message may be helpful today. In challenging times, there is joy to be found in our common humanity.