A Brilliant Re-Creation of Iconic Show 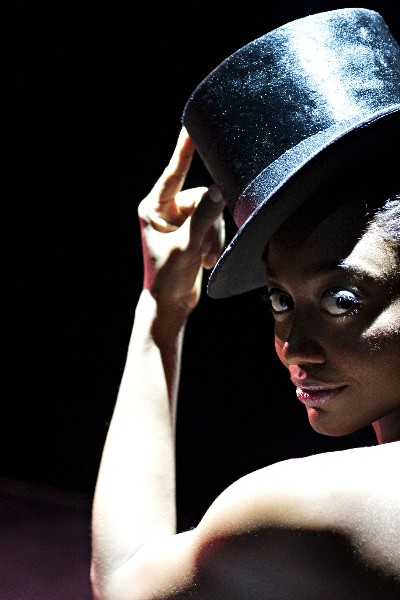 Patina Miller as the Leading Player in A.R.T.â€™s Pippin; All production photos are by Michael J. Lutch. 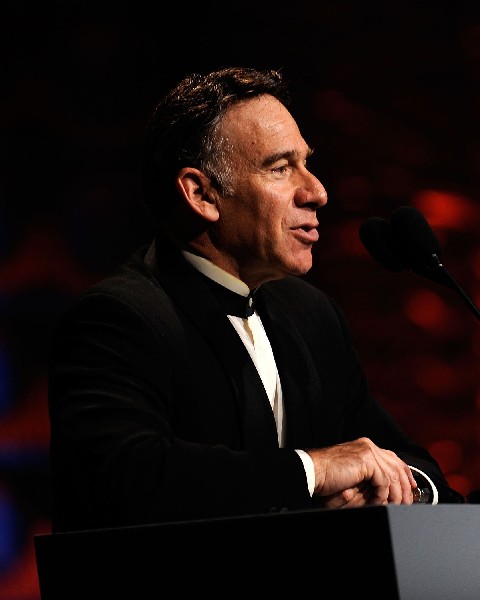 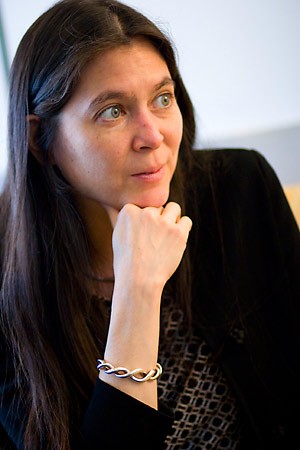 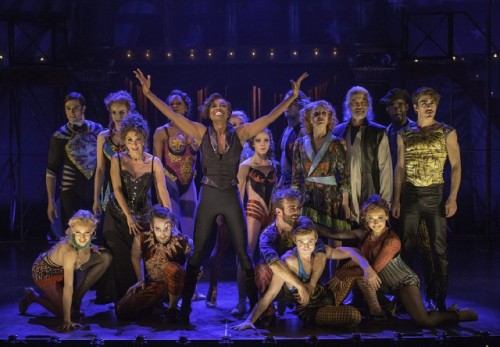 Company of Players of A.r>t.’s Pippin 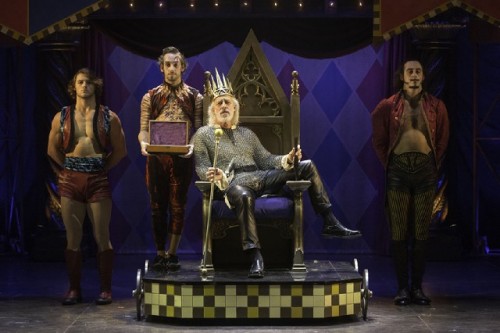 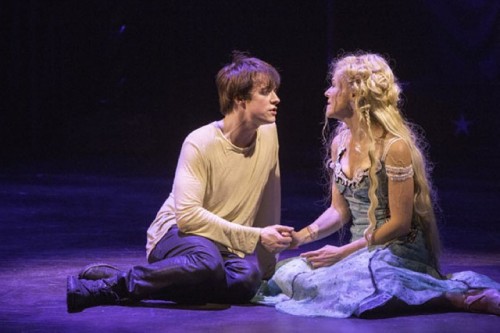 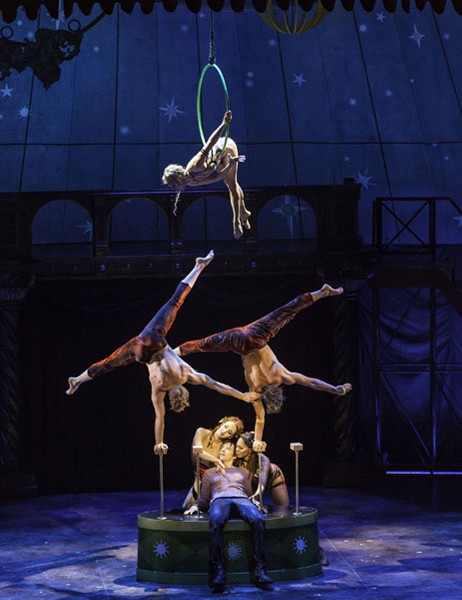 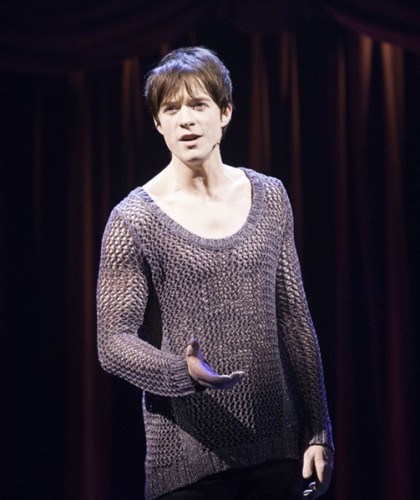 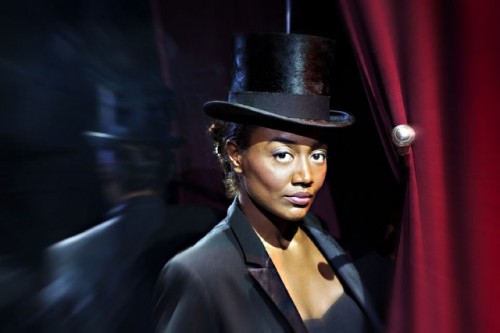 Patina Miller as the Leading Player 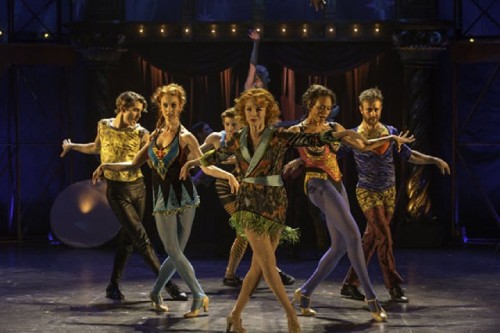 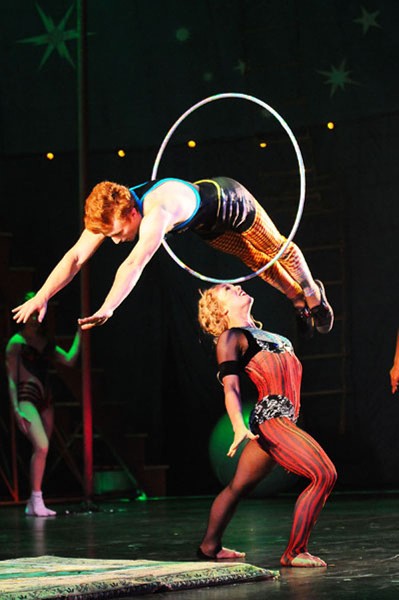 It is a journey of self-discovery, a circus of life and a search for the extraordinary in our ordinary selves. Pippin is brilliantly presented and portrayed in a new and inventively bold staging by A.R.T.'s creative Director Diane Paulus.

The show has always been a bit dark and certainly existential, but Paulus has literally added fabulous magic and circus vitality to it. This show is spectacular!

The original Pippin opened in 1972 directed by the esteemed choreographer Bob Fosse. On Broadway, it ran for over four years. After winning five Tonys, the show became something of a musical chestnut and a favorite with school drama programs and community theaters. This A.R.T. version is certainly not like any others.

At the time a wunderkind, Stephen Schwartz wrote the show while a student at Carnegie Tech in Pittsburgh. He had previouasly written Godspell. Its breakout songs include ‘‘Magic to Do,’’ ‘'No Time at All,’’ ‘'Corner of the Sky, and ‘‘Kind of Woman.’’ The music is familiar and moves the narrative along skillfully.

Forty years later, this Pippin production has magic imbeded in it. Using fantasy, illusion and even dream sequences, it is loosely built upon the story of Charlemagne's eldest son and his individual journey in search of personal fulfillment. Wonderful visual and theatrical surprises are sprinkled throughout this Pippin.

This show is full of superb performers and performances. Each one is talented (they can act, dance, sing and in some cases perform magic or acrobatics) and energetic. Notable are Charlotte d'Amboise as a beautifully conniving Fastrada, Rachel Bay Jones as an agressively vunerable Catherine and Terrence Mann as boldly and often comically magisterial King Charles or Charlemagne.

In this A.R.T. production, the Ben Vereen role is being portrayed exquisitely by Patina Miller. As the Leading Player, she is the narrator, hostess and even ringmaster. Her voice, movement and stage presence are at once graceful, beautiful and electrifying. Her smile alone lights up the stage.

A character actor of great skill and even daring, Andrea Martin plays Pippin's grandmother Berthe. When she isn't filling up the stage with her very pronounced presence, humorously singing and dancing with more than a little scenery chewing, her performance soars.

Maththew James Thomas's Pippin is an angst-filled, goal-challenged character stymied by his royal position and formal, but seemingly impractical, education. Thomas projects a dissatisfied questioning of his unresolved personal destiny by verbal inflections, manner and movement.

The actor morphs himself eloquently into the youthful unconfident successor to the throne who has little background, training, or real ability to rule. His athleticism and fine voice give him strong performance tools.

Added to the magic is the amazing circus performances by the supporting players who somersault, fly, swing, twist and turn, and balance in breathtaking ways. Some of the lead actors perform graceful and marvelous leaps, climbs, and jumps as well.

These were inspirationally choreographed by Gypsy Snide. She is an ex-Cirque du Soleil member who founded the Montreal-based collective Les 7 Doigts De La Main. Through her, the language of circus was translated into the visual phrasing of the production. Chet Walker, who performed in the original Pippin, choreographed dance and movement in the style of Bob Fosse.

These many moving parts performances were set within and against vitally colorful stage design by Scott Park with lighting designed by Kenneth Posner. Dominique Lemieux's costumes move effortlessly between traditional circus clownishness, showgirl chic, and regal, courtier wardrobes. The whole of the stagecraft is all greater than the sum of their vibrant parts. It adds dramatically and artistically to this Pippin's magic.

The early '70s Stephen Schwartz music gives harmony and melody to the story. Each of the featured performers is an immensely talented singer. Charles Alterman's orchestra conducting and keyboard performance added to the beauty of the score and lyrics. Over four decades later, the songs hold up to contemporary ears and taste.

This is a great show, a not-to-miss theatrical event. There are no weak elements in the production. It is magical. So before it closes later this month, moves on to Broadway in March, and opens there in April, get a ticket as fast as you can. It will certainly sell out. Tony Awards are written all over this Pippin. It is simply magical.