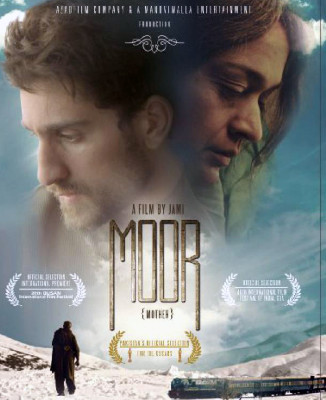 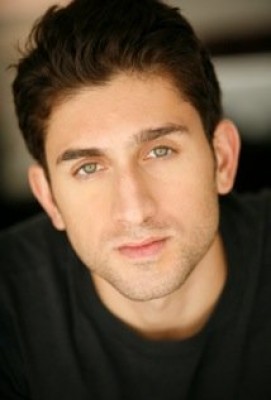 Pakistani-American actor Shaz Khan who stars in the film “Moor” 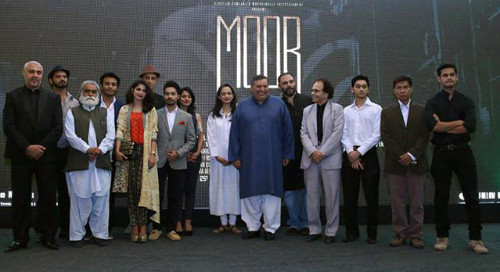 The cast of Moor.

As a theatre and film critic, I have the good fortune of being able to attend various festivals around the country. I get to see and review films from many counties and expand my cultural horizons.

One of the largest film festivals in North America is the annual Palm Springs International Film Festival (PSIFF), now in its 27th year. This year my focus is “Award Buzz” film entries. These films have an opportunity to be considered as candidates for Oscar nominations in the category of “Best Foreign Film for 2015.

“Moor” is a Pakistani drama that gives a much needed lift to its moribund film industry (Pakistan has been on a war zone footing for some ten years). I had the opportunity to interview Shaz Khan, one of Pakistan’s up and coming talented actor/writer/directors.

Khan is an America-born (Oxnard, CA) actor who as a child returned with his parents to their former country, only later to return to the USA. Shaz attended Penn State University, earning a Business degree. He worked on Wall St. and had a successful career in finance before being bitten by the ‘acting bug’. He went on to get a Masters degree in Acting from the Actor’s Studio in New York City.

Recently he returned to Karachi to visit relatives, where he saw an announcement in the local paper of auditions being held for a new Pakistani movie. On a whim, he auditioned and was chosen to star in the film “Moor”, now an entry at PSIFF screening January 4,6,7 at the Camelot Theatres.

Jack Lyons: The Palm Springs International Film Festival is a very prestigious festival. Can you share the feeling of being a star in this new movie and tell us a little about its story?

Shaz Khan: First let me say its exciting just being in this movie. I auditioned for it as a lark while visiting relatives in Karachi. At their urging I went to the audition never thinking I would be cast. But the movie business is a business where strange and wonderful things can happen.

As to the storyline, it’s about the bonding between a father and son amid the problems of graft and corruption in their rural village in the remote province of Balochistan. On a larger scale, it deals with the deliberately engineered decline of a once famous railway system at the hands of a network of people with other plans. The conflicts drive the father and son closer together when it comes time to make life altering decisions. No spoiler alerts from me beyond this.

JL: What are the plans for “Moor”? Will there be festivals to attend to promote the movie with your Writer/Director Jami Mahmood?

SK: That’s up to Jami. He makes all those decisions.

JK: This film signals a sort of return to the world cinema scene. With all the turmoil and unrest in the region what is the future of Pakistan’s movie-making industry?

SK: Pakistan’s movie industry has more or less been out of existence for over 30 years. Our movies and our stories couldn’t get back to pre civil and religious conflicts that have plagued the area for the last ten years, for obvious reasons. But that is changing.

Now is an exciting time to be involved in and on the ground floor as the Pakistani film industry is beginning to gear up for its return. We are seeing new writers and new screenwriters emerging from the creative pipeline. Look for more social issues and stories that are ‘juiced up’ on the possibilities that lie ahead for Pakistan’s film industry. As an actor and a film director, it feels great to be able to express ourselves with newer ideas and stories again.

JL: Is this the first time you have been in a potential Oscar nominated film?

SK: Yes. It’s unbelievable. It’s been a wonderful adventure, one that so far has ended up in Palm Springs this week.

JL: I understand you and your wife are part-time residents of Palm Desert.

SK: Yes, we love the desert. It’s quiet and we love the solitude. Our LA home is full of hustle and bustle. As a creative person and an actor it’s restful and has been good for both of us.

SK: I don’t advertise it. Lately we’ve been off elsewhere doing what actors do. So, I don’t know what they think about their new neighbors.

JL: Thanks Shaz for taking the time to share your experiences and future plans with us. Now, let’s give a plug to your new film project “The Servant”, an inspiring tale of a humble servant in Pakistan who ends up becoming the biggest star in the country. I believe it’s scheduled for a December 2016 release, correct?

SK: Thank you Jack. That was a great plug!