Brecht's Epic Timely as Ever 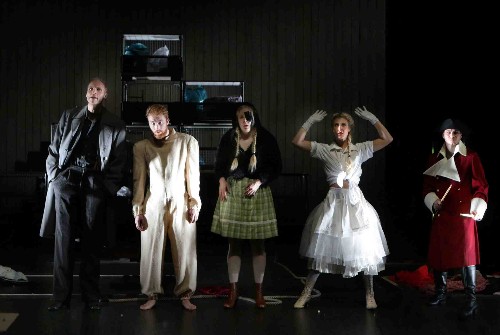 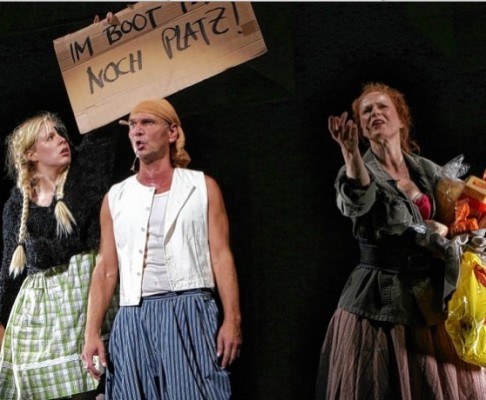 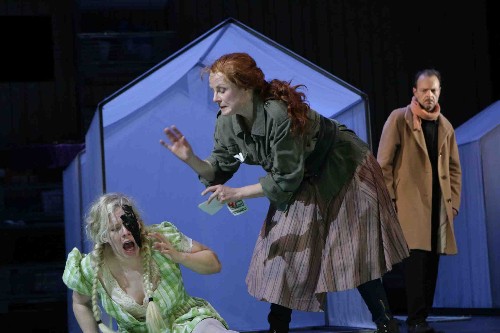 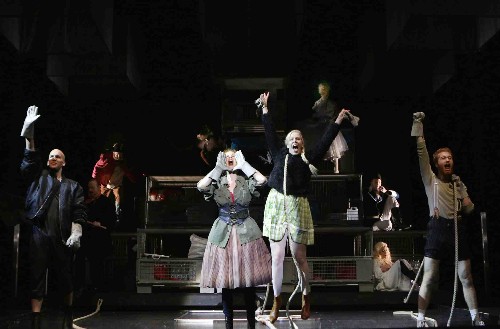 Mother Courage in front of the cart dragged by her children. There is something of "Old Man River" in the same old becoming new "same old" in Brecht's Mother Courage. 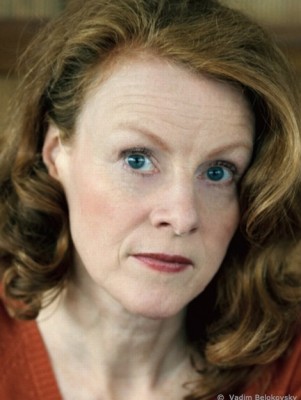 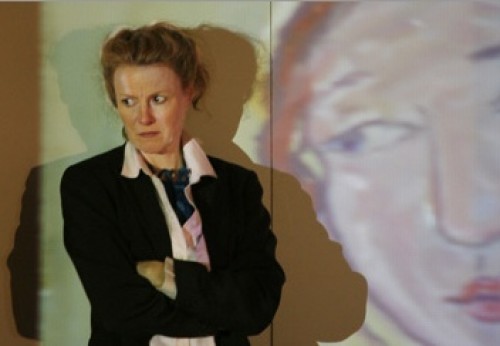 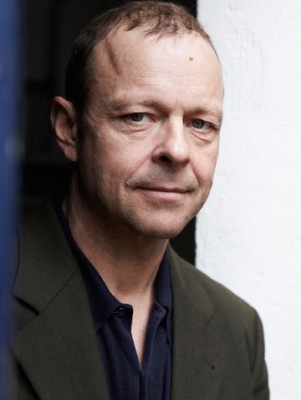 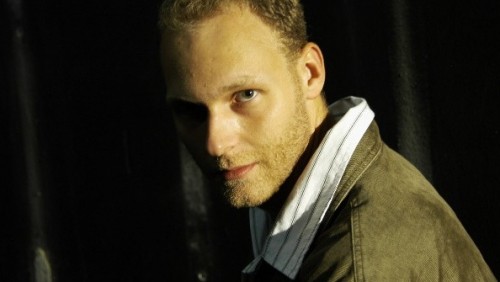 Mother Courage is considered one of Bertold Brecht’s greatest works. Written in 1939-40 while he was living in Denmark and watching Hitler’s march from across the water, Brecht reflected on the ways in which societies use war to promote their needs and goals.

To cast a long look on the issue and perhaps to make production of his play timely, he set the story of small business woman Anna Fiering, known as Mother Courage, in the early 17th century during the 30 years war.  All war seems endless, but thirty years is particularly absurd.

At the play’s conclusion, Mother Courage is trying to pull her cart of goods, the sale of which she’s supported herself and her family on for the war’s duration.  Without the help of her children, who are all now dead despite her wily effort to survive, she can not move.

In this powerful current production of the play at the State Theatre in Pforzheim, Germany, the artists have taken the liberty of adding lines to Brecht’s.  It makes the play more of the moment.  It also illustrates how Brecht, often called an epic playwright, is also a creator for all time.  The Volkswagen emissions scandal is hurled at us.  Mrs. Merkel’s constant assurance that “We can manage,” is suggested at moments when it is clear not no one on stage or in the audience can.   When Mother’s Courage’s daughter is raped, she says, “All you have to do to get raped is go to Cologne.”  Less than a week ago, a very large group of young male immigrants attacked and raped women in Cologne, Germany.  If you think only right wing Americans are worried about managing immigrants, think again.

If you think the spotlight Brecht shown on corrupt societies was applicable only in 1939, think again too.

Mother Courage is a wonderful play.  In the Pforzheim production,  Joanne Gläsel takes over in the title role.  Her voice is rough-edged and strident, but her resolute and crafty will to survive shines in every word she says and every note she sings.

She tends her flock of three, but forecasts the death of each of her children as they draw the black cross of death long before they fall.  Eilif is attracted to war and signs up against his mother’s wish.  He becomes a hero, but a dead one.  Sergei Goessner gleams when he hears a martial drumbeat and sucumbs to the drumstick used to signify weapons of war.

Heckler and Koch rifles are referenced.  Their guns were recently shipped to Mexican police and landed up in the hands of drug lords.  Although this company was formed after the Second World War, and all records of its predecessor, the Mauser Company, were destroyed, we know that Franz Andreas Mauser, was a gunsmith at the Württemberg Royal Armory in the early 19th century.  The factory was built in an Augustinian cloister, a stout building ideal for arms production.  Another son, Franz Mauser, traveled to America in 1853 with his sister and worked a E. Remington & Sons.  If Brecht had wanted to name names, the Mauser, Heckler, Koch connection would have been perfect.  Koch after all is a named character in the play.

Henning Kallweit takes the thankless role of the dumb second son Cheese,  and creates a tortuous journey of a man trying to do the right thing against everyone’s better judgment.   He wants to return a cash box to his regimental supervisor and is shot eleven times when he tries to do the right thing.

Kattrin is Mother Courage’s third child, and only daughter.  Symbolizing kindness, Konstanz Fischer captured the range of an innocent who tries on a whore’s pink sequined pumps and then gets what she wished for in spades. She has lost her voice, perhaps because an officer stuffed his private part down her throat when she was very young.

A whore straight from Three Penny Opera, Lilian Huynen has a brash suggestive voice and no big heart.  She panics when sensing the troops think she’s diseased and sings the beautiful song about her lover in the Dutch army who she hopes will one day return.

The set is imaginative and evocative. The wagon that Anne Bancroft dragged around on an endless turntable in an exciting production on Broadway in 1983 has been replaced by stacked cages storing Mother Courage’s goods for sale, including her children and a whore.  The stack can be fairly easily moved when all three children are alive, but is stuck when Mother Courage is left to drag it alone.

This set alternates with barracks, made from a light translucent polyester, which drop down for scenes behind the battle.

Actors move into the theatre to engage the audience from time to time.  Mother Courage distributes money.  Kattrin tries to distribute bread which her mother snatches back.  Even the small orchestra gets offered goodies.

The music is an important part of the play.  Individual characters come forward and sing both of themselves and also comment on their position in the politics of the play.  Mother Courage teaches a soldier to surrender in one aria.

Paul Dessau wrote these songs.  Both he and Brecht had returned to East Berlin after the war.  Dessau’s phrases and tones match the strident outcries that characterize Brecht’s language and feeling.

Not having seen a live production for thirty years, the vitality and currency of Mother Courage was striking.  Its match to our times disturbs just the way Brecht intended in this vibrant production in Pflorzheim.