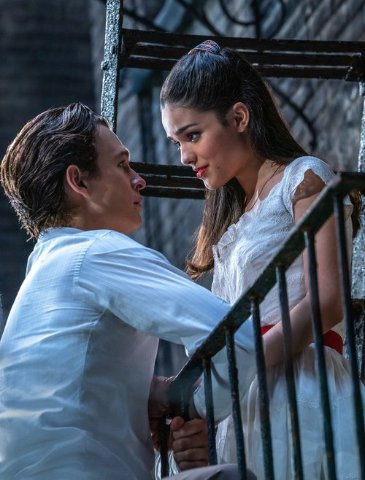 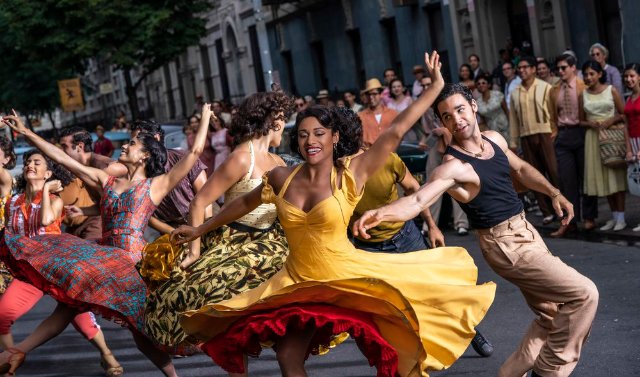 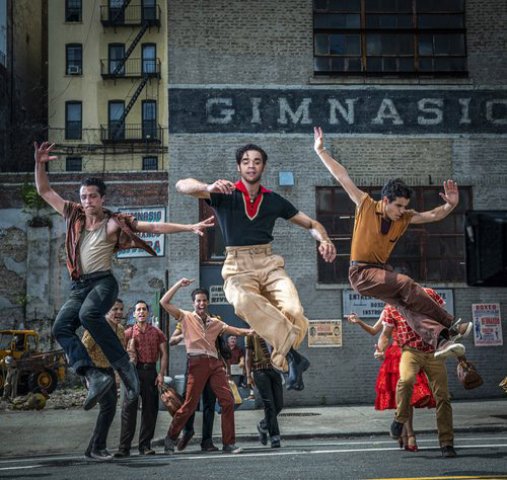 It is said that with age comes wisdom. It is also said that beauty is in the eye of the beholder. The eyes of today’s beholders are currently in love with "West Side Story", master filmmaker Stephen Spielberg’s brilliant revival and updating of Shakespeare’s “Romeo and Juliet” from 16th century Italy to 1950s New York City.

For the purists in the audience, relax. There are no core story violations or cannibalizing from old scripts. One doesn’t monkey around with the Bard, or for that matter the music of genius composer Leonard Bernstein or the incredible lyrics of legend Stephen Sondheim, without there being consequences.

This new “West Side Story” was written by award-winning playwright Tony Kushner (Angels in America), and is a 90 percent rewrite of the original 1957 Arthur Laurents libretto. The story is the same, but the dialog now has a freshness that rings true despite not one f-bomb being hurled from the screen.

The collaboration between screenwriter Kushner and director Spielberg is right on the money. These two pros, at the height of their powers, provide new components and ways of making Shakespeare’s story relevant in today's America.

The stark opening shot of the rubble and demolition debris of what was once New York’s Upper West Side Puerto Rican enclave called San Juan Hill tenement district brings to mind the mythical Phoenix that rises from its own ashes. The destruction is giving way to the construction of the Lincoln Center Complex, home to New York’s Opera House and three live theater venues. Once again, New York is transfigured for a new generation.

Thanks to the artistry and creative camera work of cinematographer Janusz Kaminski, this sequence forecasts the old axiom that love and its redemptive power never dies, it merely is reborn.

The film features explosive, high-octane dance sequences, choreographed by Justin Peck, that stand tall on the power sources of talent, commitment and the performing chops of the large cast to carry off the film’s premise. The colorful costumes of Paul Tazewell give the audience a kaleidoscopic stage panorama of swirling costumes, vibrant colors and the athleticism of fabulous dancers.

While the large cast of performers cannot all be listed due to space limitations, there are exceptional, stand out performances. The starring role of Maria is winningly performed by 18-year-old bilingual actor/singer Rachel Zegler. She has a beautiful soprano voice and the camera loves her. Her 6’3” co-star, actor/singer/dancer Ansel Elgort as Tony, is the possessor of a fine falsetto that compliments Bernstein’s romantic music moments.

There are other new stars in the making of this production, such as Ariana DeBose who plays Anita, Maria’s best friend. Ms. DeBose is an accomplished dancer and Broadway actor (Hamilton) who has a million-watt smile that lights up the screen. Her beautiful duet of "I Have a Love" with Maria following the deadly rumble is achingly poignant and reinforces the redemptive power of love that can bring tears to one’s eyes in the safety of a darkened theater.

Spielberg, ever the film innovator, also has Maria and Anita speak Spanish to one another in a few of their scenes without the benefit of English subtitles. Risky? Yes. But the talent of these two actors need no subtitles; we ‘get’ what they are saying via their acting skills. It's just sublime stuff, not to be missed.

In other key roles, the rival gang leaders are fiercely portrayed by Mike Faist as Riff, the Jets leader and David Alvarez as Bernardo, Maria’s brother and leader of the Sharks. Strong support also comes from Jose Andres Rivera as Chino, Maria’s jilted boyfriend, and the fabulous 89-year-old Rita Moreno (Academy Award winner for her 1961 portrayal of Anita) as Valentina, the widow of the store owner ‘Doc”, who let the Jet gang members call his store their clubhouse. Also keep your eyes open for a little gem of a performance turned in by Iris Menas as the character Anybodys. It's a small but eye-catching characterization.

There will no doubt be many Oscar nominations coming for this exciting $100 million dollar production that takes a bit of an economic risk with its bold but talented triple-threat cast of seventy-one performers, most of whom are relative newcomers to movie screens. However, don’t over-analyze or compare these talented new faces with their celebrated predecessors; just go with the flow and let the film wash over you.

No matter your age, I urge you to see this new “West Side Story” movie at a multiplex near you. You won’t regret it.