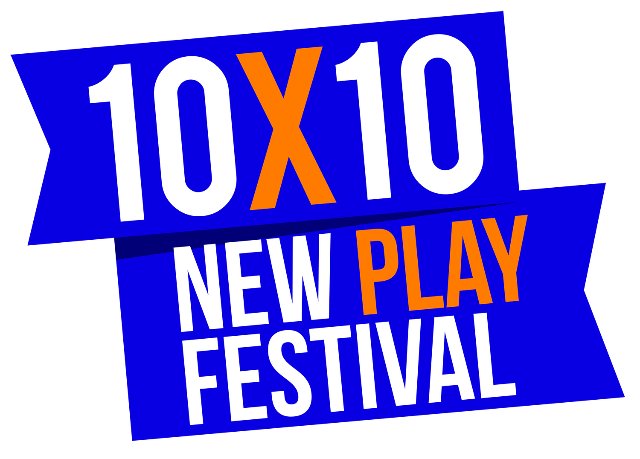 “I'm thrilled to make my BSC directorial debut with the 10X10 New Play Festival this winter,” said Artistic Director Alan Paul. “I love new work, so I am excited to present ten new plays that are often funny, sometimes sweet, and always surprising.  I can't wait to warm up my first Berkshires winter by sharing these unique pieces with you. I look forward to seeing audiences at the theatre.”

BSC’s 10X10 New Play Festival will be presented at the St. Germain Stage at the Sydelle and Lee Blatt Performing Arts Center (36 Linden Street) with performances February 17 through March 5, 2023. The Press Opening is Sunday, February 19 at 2:00pm. Tickets are $35 - $45 and are available at www.barringtonstageco.org/10x10.

Magician Carl has a bad gig at a children’s party as well as an encounter from his past.

Brent Askari has had two full-length plays previously produced at Barrington Stage Company: American Underground (Burman New Play Award Recipient) and Andy Warhol in Iran (commissioned by BSC). The Berkshire Theatre Critics Association awarded Andy Warhol in Iran a “Berkie” for Best New Play of the 2022 season, and Northlight Stage in the Chicago area is producing the play in early 2023. Brent is also the winner of the National New Play Network’s Smith Prize for Political Theater for his play The Refugees. Brent has had other work developed and produced at venues including Geva Theatre Center, the PlayPenn Conference, Gulfshore Playhouse, Florida Rep, Melrose Theater and Palm Beach Dramaworks.

If I Go First by Michael Brady

Harry and Lizzy have lived a good life together. Lizzy is now sick and in pain, and wants to exit on her own terms. It’s time to have “the Talk”.

All Aboard! by Michael Burgan

While taking a train home to attend a memorial service for his father, Neal’s trip turns into a physics lesson, with some unexpected people along for the ride.

Piece of Cake by Allie Costa

Baking is the family business, but it's not that easy — especially when you've got big shoes to fill.

Allie Costa is an actor, writer, director and singer working in film, TV, theatre and voiceover. Her acting credits include Spring Awakening, 90210, You Me & Her, Future Shock and Alien vs. Musical. She's also appeared in commercials and podcasts, narrated audio books and documentaries, and lent her voice to video games and animated projects. Her work has been produced internationally, including the critically acclaimed Two Girls, Don't Shoot the Messenger Pigeon, Music of the Mind, Boxes Are Magic and Can You Keep a Secret? She's currently working on an original episodic series. Occasionally, she sleeps. alliecosta.com

The Haunting Package by Deirdre Girard

Deirdre Girard received her Playwriting MFA from Boston University. She’s had dozens of award-winning short plays produced worldwide, and several full-length productions. Her work has been published by Applause Books, Smith & Kraus, Next Stage Press and Heuer Publishing. Most recently, her collection Women at the Center was published, a monologue from In This House was selected for The Best Female Monologues of 2022 by Smith & Kraus, she won Best of Show for Soulmate and she completed a new collection of short horror plays. Deirdre is a playwriting instructor, a member of the Boston Playwrights’ Theatre Advisory Council, an editor for Stage Source’s NPA Newsletter and a founding member of the Newburyport Arts Collective.

Anything You Want by Arlene Jaffe

A college kid needs to take a celebrity photo to graduate. Problem is, she’s in a blizzard in the middle of the Berkshires. The solution? The prolific man who illustrated Americana.

Ten-year-old Tim would much rather be watching ‘Damn Yankees’ than playing right field in his Little League game.

Recent productions include a NNPN Rolling World Premiere of Tracy Jones (Winner: Chameleon Theatre; Finalist: B Street New Comedies Festival, ScreenCraft Stage Play Contest, Trustus Playwrights Festival). Currently under development: Un Hombre: A Golem Story (Finalist: Jewish Plays Project, Wild Imaginings Epiphanies, Gulfshore Playhouse New Works Festival). Other plays have been produced Off Broadway at 59E59 and regionally around the country. He is a 2021 Individual Artist Fellowship winner in playwriting from the New Jersey State Council on the Arts and his plays have also been finalists for Seven Devils and the Woodward/Newman Award and semi-finalists for PlayPenn and FutureFest. For more information visit bystephenkaplan.com

A Date by Diana Metzger

Two 20-somethings, in a post-pandemic society, attempt a face-to-face first date, with some outside assistance.

Diana Metzger is a playwright, screenwriter, essayist, theatre critic and creative writer from Silver Spring, Maryland. Diana has been a teaching artist with Round House Theatre, Everyman Theatre Company, and Art Stream. Round House commissioned and produced Diana's play Beach Week with their teen performance company. Diana wrote for the MTV scripted series Faking It and worked on the ABC Family show Greek. Diana was a finalist for the Humanitas New Voices writing award two years in a row for both comedy and drama writing. Diana received her MFA in Creative Writing at American University and her BS in Communication (Theatre Major with a certificate in Creative Writing for the Media) from Northwestern University.

The Moon is Full of It by Jim Moss

The King's jester attempts to woo the King's chief scientist.

Jim Moss has authored seven full-length plays and over a hundred one-acts. His work has been produced in theatres in London, Chicago, Miami, Tampa, Orlando, San Diego, Seattle and numerous New York Off Broadway venues, including: La MaMa Galleria, the American Globe and Manhattan Repertory Theatre. In 2018, his play Tagged won three contests: First place in Theatre Odyssey’s One-Act Play Festival in Sarasota, Best Lab Works Production at the Pittsburgh New Works Festival and the British Theatre Challenge in London. In 2022 his play Beyond the Summer of Love was the full-length winner of the Tampa Theatre Festival.

An unconventional septuagenarian and a 20-something with an uncertain future forge an unexpected connection at a retirement village’s bus stop.

Robert Weibezahl is delighted to have a play chosen for BSC’s 10x10 Festival for the second consecutive year. His plays have been performed live and virtually in New York, California, Massachusetts, Arizona, Ohio, Minnesota, Michigan, Kansas, Indiana and Australia. Playwriting honors include Winner of the Quarantine Playwriting Competition at the Grand Theatre, Cartersville, Georgia (2020); finalist at Dayton Playhouse’s FutureFest (2019); selection for the William Inge Theatre Festival New Play Lab (2022) and the Palisades Playwrights Festival (2018, 2019). He is a member of the Dramatists Guild. robertweibezahl.wordpress.com

The 10X10 Upstreet Arts Festival is a winter arts festival located in Pittsfield’s Upstreet Cultural District in the Berkshires of Western Massachusetts, organized by the City of Pittsfield and Barrington Stage Company.