The Finest Modernist You Have Never Heard Of 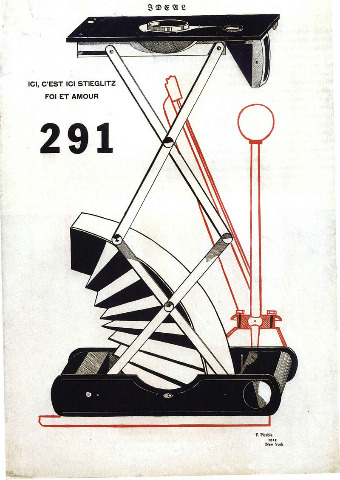 A dada portrait of Alfred Stieglitz. 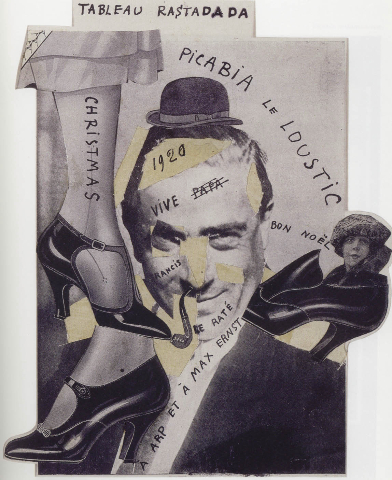 Self portrait and first collage. 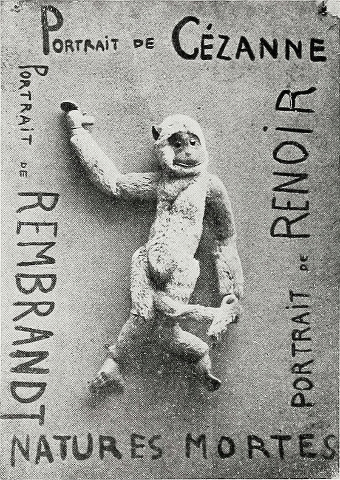 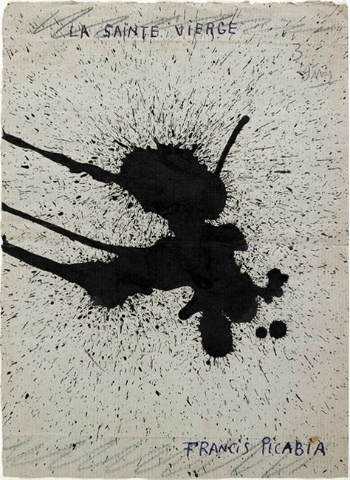 Anticipating Pollock in the 1920s.

His mechnique style with figuration from the 1920s. 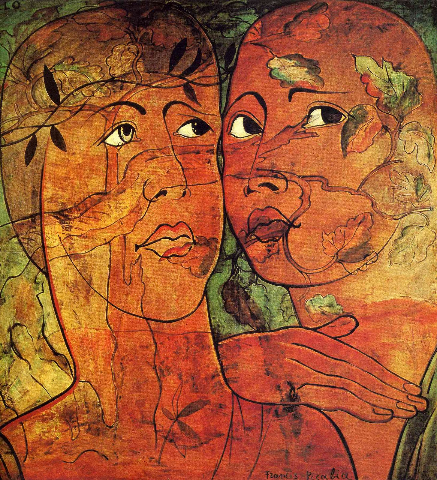 A star of the MoMA show. 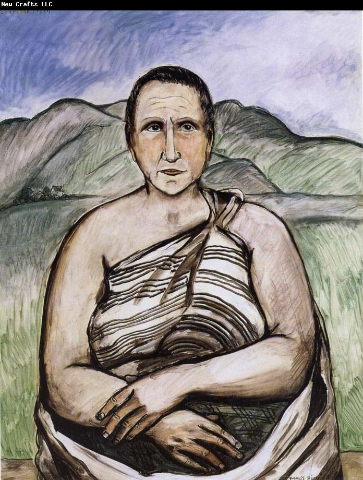 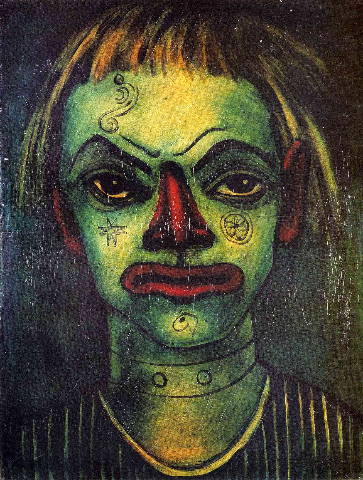 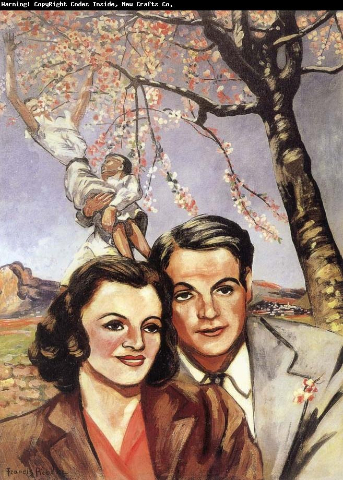 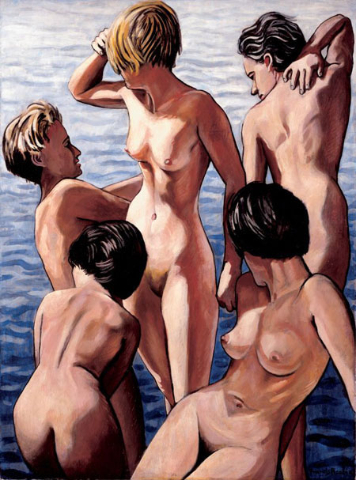 An resemblance to the Aryan nudes of the Nazi's. 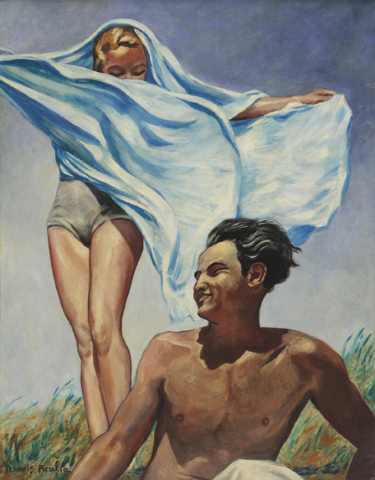 Francis Picabia: Our Heads Are Round so Our Thoughts Can Change Direction
Museum of Modern Art
New York City
Through March 19, 2017

In bits and pieces we know the work of the French artist, Francis-Marie Martinez de Picabia, (22 January 1879 – 30 November 1953) from always intriguing but enigmatic works dispersed among museum collections.

Because of restless, eclectic diversity visiting the MoMA retrospective Francis Picabia: Our Heads Are Round so Our Thoughts Can Change Direction evokes  a group show.

Moving from room-to-room entails a survey of 20th century modernism. We start with post impressionism then encounter periods of cubism, dada, surrealism, Fascist kitsch (created in Vichy France), a period of uniquely painted palimpsests, followed by a variety of approaches to abstraction.

To stay fresh Picabia suggested changing styles as frequently as one would shirts. It was typical that he would embrace then reject and ridicule them. Abandoning cubism for dada, for example, he proclaimed that “Cubism is a cathedral of shit.” Marcel Duchamp, with whom he may be compared, was more enigmatic when he abandoned painting as “too retinal.” Picabia joined dada which he later discarded in 1922 in favor of surrealism.

When he was done with surrealism his exit strategy included renouncing Andre Breton the autocratic theorist and leader of the movement.  It was more usual for Breton to censure and eject artists than what Picabia subjected him to.

Evolving from the anarchy of dada rules were imposed by Breton. Picabia was not an individual to be bound and gagged. But he felt that dada, which responded to WWI, had lost its mandate.

As a man of means he could afford to be cavalier. There was wealthy on both sides of his family. His father was Spanish/ Cuban and his mother was French. She died young and he inherited from her.

Handsome and amorous he is described as a prankster and playboy. He loved fast cars, gambling, booze, dames and dope. On the move he was a heat seeking missile; always in the right place at the right time.

He was in New York for the seminal 1913 Armory Show which brought avant-garde European art to America. Based on the success du scandal of “Nude Descending a Staircase” Duchamp also visited New York.

The French artists became integral to the NY Dada circle that showed with Gallery 291 of the photographer Alfred Stieglitz. The gallerist/ artist gave Picabia a one-man-show as well as an entire issue of his publication 291. Picabia and Duchamp commuted between Paris and New York.

While embracing an art mechanique style as a manifestation of dada Picabia created his most iconic works. Depicting an image of a small, bellows camera unfolded in profile he created a portrait for the cover of a 1915 issue of 291 “Ici, c'est ici Stieglitz, foi et amour.” It predates Magritte’s famous "Ceci n'est pas une pipe."

A generous selection of the retrospective focuses on his satisfying and unique dada/ mechanique graphics for the magazines 291 and his own later 391.

Text was also important to the artist. In painting and collages, particularly after joining the Zurich school of Dada with Tristan Tzara, words in a disconnected manner became a prominent part of paintings with collaged elements. One may intuit Guillaume Apollinaire and his friend Gertrude Stein in his wording.

“Tableau Rastadada” (1920) is a masterpiece of the dada canon. Considered to be his first collage  at its center is a photo of the artist by Man Ray. It is partly mutilated with a comical, small bowler hat pasted on. A pipe dangles from a nostril and the composition is framed with women’s ankles and shoes. The word dada is written then crossed out. In a self-deprecating manner he inscribed “Picabia le lousti” outing himself as a “joker.”

In the art wars since Aristotle’s Poetics comedy has routinely been regarded as inferior to tragedy. In Homo Ludens (1938) Johan Huizinga argued for the role of serious fun as a matrix for classical art. Reactionary criticism, particularly formalism (Greenberg on kitsch), refuses to take seriously merry pranksters from Duchamp/ Picabia to Ken Kesey.

Often in the retrospective there are intriguing individual paintings but nothing as riveting as his few, iconic, dada masterpieces. Because it is less familiar perhaps the exposure of this retrospective will promote richer study and appreciation of this aspect of the oeuvre.

Of the surrealists what appears unique is his “palimpsest” technique. There are linear layers superimposed on figurative images. That manner of juxtaposition equates to Man Ray creating photographs by combining negatives. It is a readily familiar aspect of the tool kit of Photoshop. This sets him apart from the usual dichotomy of dream and automatic surrealism. His imagery ranged from neo classical to grotesque. Some paintings are tough to like. They are close to the art brut of Dubuffet.

The ultimate dilemma of Picabia is that he was not one but many artists. The oeuvre lacks the cohesion of better known artists. As this exhibition vividly reveals, however, on any given day he was as good as the best of them.  He may be the best modernist you’ve never heard of.

A version of this article was posted in Boston's The Arts Fuse.