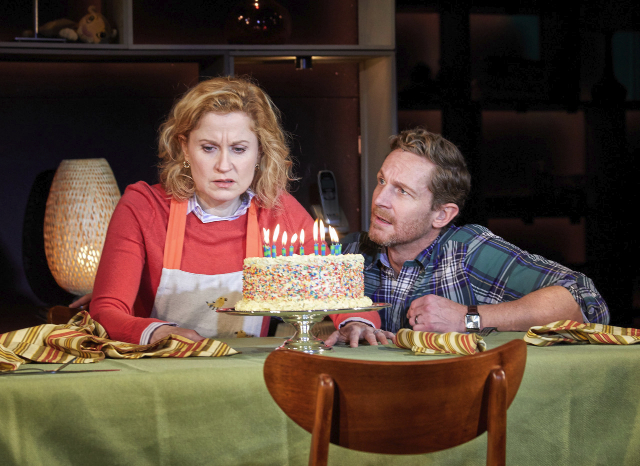 Next to Normal at TheaterWorks. Christane Noll and David Harris. Photo by Lonny Nagler 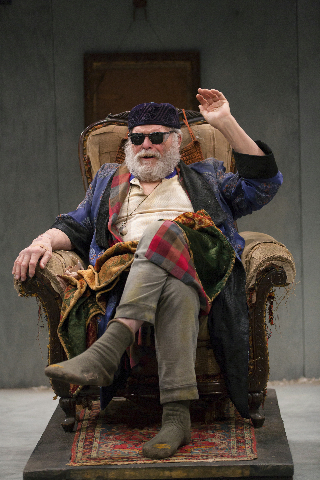 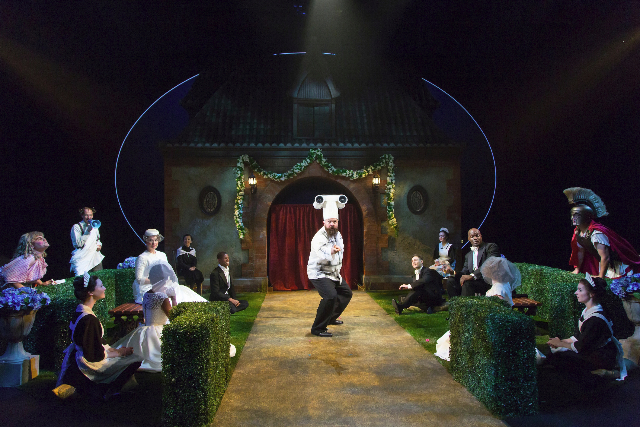 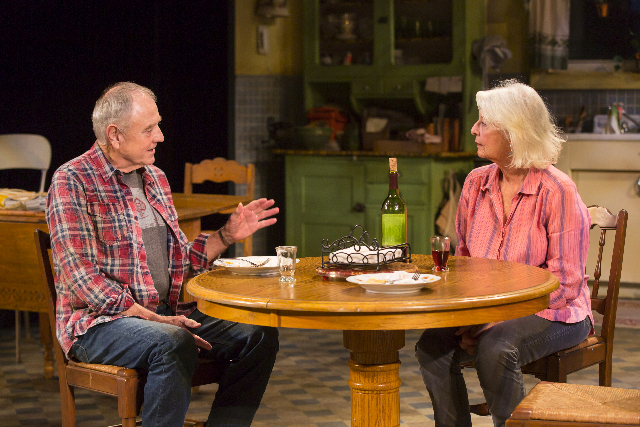 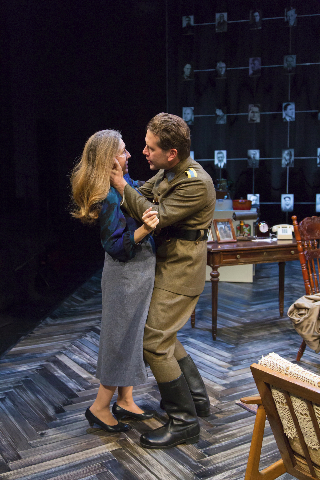 Next to Normal at TheaterWorks.

You could criticize practically nothing in this production. Rob Ruggiero cast it brilliantly with Christiane Noll, David Harris, Maya Keleher (in her professional debut), Nick Sacks and John Cardoza. Ruggiero used the aisles to add to the intimacy; it was remarkable.

This Shakespeare play is done so often, it is easy to say “oh no, not again.” But Darko Tresjnak’s production was outstanding. He balanced all the elements and did not let any one of the multiple plots overtake others. His handling of the play put on by “the mechanicals” at the ends was terrific.

This story of Jewish immigrants on the lower east side of New York was completely revamped for this production: extensive revisions of the book, lyrics and songs. The result wasn’t perfect but with Rob Ruggiero’s sensitive direction, this show touched the heart.

The Absolute Brightness of Leonard Plekey at Hartford Stage

This may have been a touring show, but James Lecesne not only was brilliant in turning his novel into a one actor play but did so much outreach in the community on the issues of teens facing bullying due to sexual orientation.

Diary of Ann Frank at Playhouse on Park

David Lewis made full use of the large and sometimes awkward stage area to create the attic in which the Franks and others hid for many years. Director Ezra Barnes cast the show almost perfectly from Isabelle Barbier as Anne to the entire ensemble. It was touching and real.

A Comedy of Errors at Hartford Stage

It is perhaps Shakespeare’s silliest play and director Darko Tresnjak emphasizes it beginning with his own colorful Mediterranean village set, a canal with real water and more. Who cares if the lines sometimes gets lost in the process?

How do you survive in a repressive regime? How do you make others, who have not lived through it, understand your choices? That was at the heart of this new play which thoroughly engaged me. Plus it had Mia Dillion once again showing her skills.

Wolves was a sensitive and insightful look into both the world of girls’ sports (in this case a soccer team) but also into the society that teenagers create for themselves. Though a few of the young actresses looked a little too old, we become totally engaged in them and their lives.

The Games Afoot at Ivoryton
Sometimes just seeing actors have a great time with a so-so play is more than enough. That was the case in this comic thriller by Ken Ludwig. It succeeded because of director Jacqueline Hubbard, set designer Daniel Nischan and a cast that just had fun.

This one man show about Anthony Newley easily could have made my top ten. Jon Peterson was fabulous as Newley and Semina DeLaurentis directed the show with care and expertise.

It may not be a great musical, but this show introduced me to a lesser known composer – J. C. Johnson who wrote “This Joint is Jumpin’” and many others. The plot is simplistic but the cast was wonderful.

Noises Off at Connecticut Repertory Theater

My favorite farce got a fine production this summer with some inventive touches by director Vincent J. Cardinal, terrific casting and timing that was just about perfect.

This show lives and dies on the quality of the performers and here Ivoryton Playhouse and executive director Jacqui Hubbard hit the jackpot. All six of the major performers are experienced and the four “legends” have all played their roles before.

The Bridges of Madison County at MTC

The music is glorious and Kevin Connors created a production that worked very well on his three sided stage. While the chemistry didn’t seem to be there, musically the cast was strong.

The Great Tchaikovsky at Hartford Stage

Hershey Felder combines his talents as pianist, actor and director to create shows about the lives for well-known popular and classical composers. This show about Tchaikovsky was a delight.

Darko Tresnjak directed this version of Shaw’s masterpiece. It might have made the top ten BUT for one decision that Tresnjak made:  he decided to make Boss Mangan a Donald Trump look/act alike. The similarity would have been recognizable without it and it distracted from the play.

Samuel Beckett writes difficult plays requiring an audience to understand his pessimistic world view and his abstract characters and plots. Gordon Edelstein directed a production that may not have been definitive but gave us outstanding performances by Reg E. Cathey, Brian Dennehy and Joe Grifasi.

This Neil Simon play, part of the Eugene trilogy got a fine production directed by Sasha Bratt that focused less on the laughs and more on the situation.

This production boasted a terrific performance by Jerod Haynes as Bigger, an urbanset by Ryan Emens and jazzy sounds by Frederick Kennedy that produced a taut, film noir feel to this story about race and prejudice.

Mark Lamos, who is a fine director of Shakespeare gave us a pared down version of this classic tragedy that featured some fine performances – including Nicole Rodenburg as Juliet, Felicity Jones Latta as the Nurse, and Peter Francis James as Friar Lawrence, plus a magical set by Michael Yeargan. Lamos emphasized the youth and energy.

West Side Story at Ivoryton

This production had many more plusses – Mia Pinero as Maria, Natalie Madion as Anita, good direction by Todd L. Underwood – than minuses.

Reposted courtesy of 2 on the Aisle.