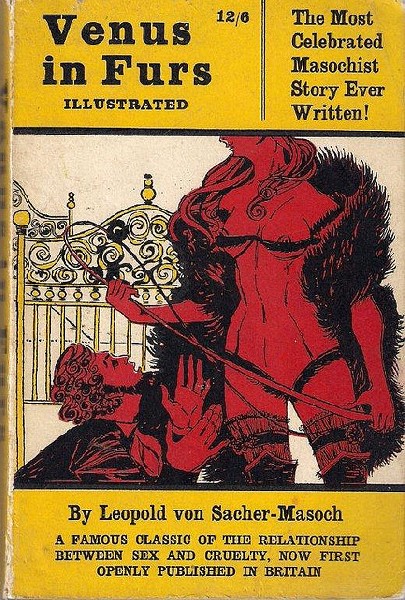 Original Novel that Play is Based On. 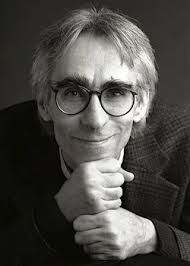 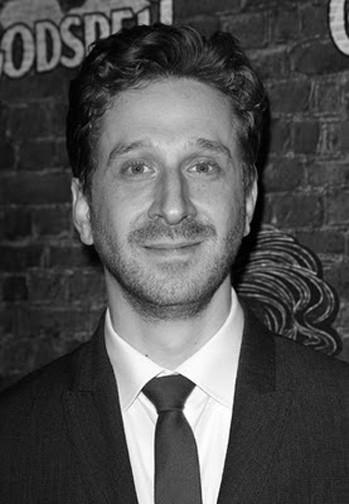 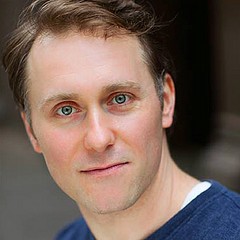 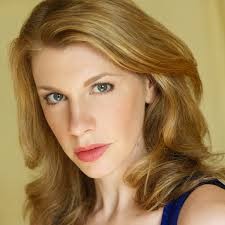 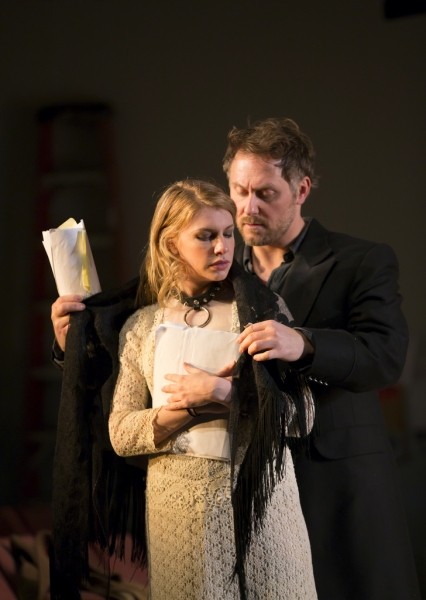 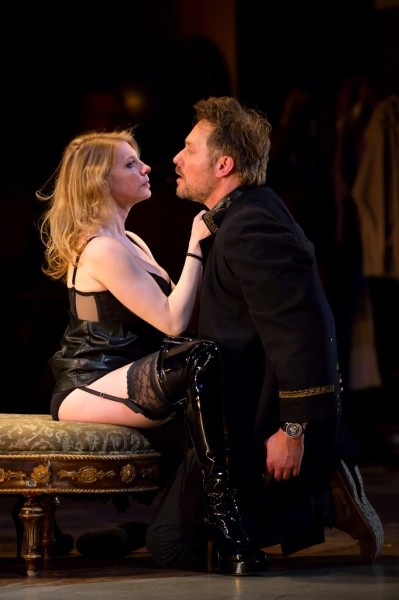 Not very often, but sometimes a show is just terrific. This is the case with Daniel Ives' Venus in Fur now playing at the Huntington Theatre Company's BU Theatre. Funny, clever, sexy and provocative, this show is absolutely don't miss terrific.

The notions of dominance and submission are wonderfully blended into the story by looking at the roles of directors and actors, men and women as well what it means to love or to be loved. This is created by changing identities, multiple roles and reverses as well as by scripted roles and real selves.

Part of the joy and brilliance of the show is observing who is what, when and how. This sometimes occurs in the same excerpt of dialogue, even the same sentence.

The dialogue between the very fine Chris Kipiniak as Thomas and the astounding Andrea Syglowski as Vanda is layered and runs from the comedic to the hypersexual and back and forth. The two actors have a palatable chemistry.

Combining comedy, sensuality, arrogant elegance and even literary mystery in her layered roles, Ms. Syglowski gives a brava performance of distinctive quality. Mr. Kipiniak is a wonderful foil for her.

Playwright David Ives has brilliantly conceived this play adding a magic realism to the concept of power and the edginess of theatrical tryouts and contemporary relationships, both professional and sexual. Like S/M, this play is only a little about sexuality and mostly about the tug of war between power and subservience.

One of the wonderful aspects of the play is the mystery of where the theatrical journey is leading. Ives deft touch causes the narrative to provocatively resonate. He has created a cauldron of not only emotions, expectations and words but seasoned it with comedy, romance, modern mores and sexual sophistication.

Director Goldstein has seamlessly created an American tango between the two gifted actors. The production is an intricate dance both energetic and sexually steamy.

As usual, the stagecraft at the Huntington is wonderful. The set by Matt Saunders feels realistic. And Charles Schoonmaker's costumes seem just right.

The play within a play starts with a rather pretentious Thomas trying to cast his adaption of Leopold von Sacher-Masoch’s 1870 novella "Venus in Furs." The term Sado-Masochism came out of this fictional portrayal. The profane and loud Vanda arrives late for the casting call but somehow does a long, involved reading with the director/playwright. What results is a wonderful seesaw series of fictional and quite real dialogue, pain and pleasure, relationship changes and sexual provocations.

This is a fictional story based upon a fictional 19th Century novella but with clear contemporary relevance. We don't even realize that sprinkled throughout the play is a subtle magical realism. The pleasure of this play is that it is edge of seat surprising. Often we just laugh or smile in wonder.

Venus in Furs is a play that makes you understand how much fun it is to be an adult.