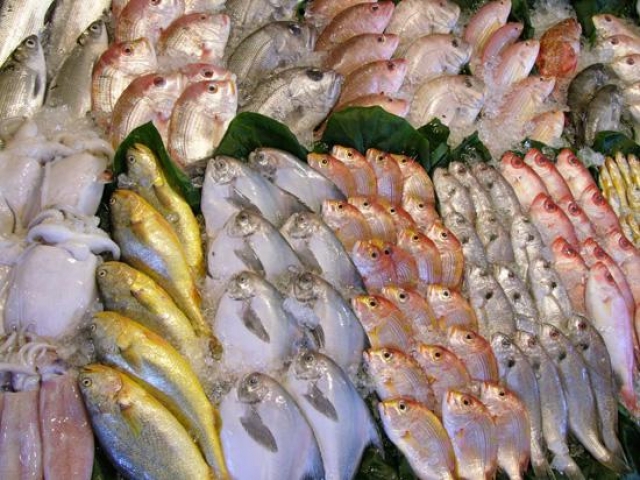 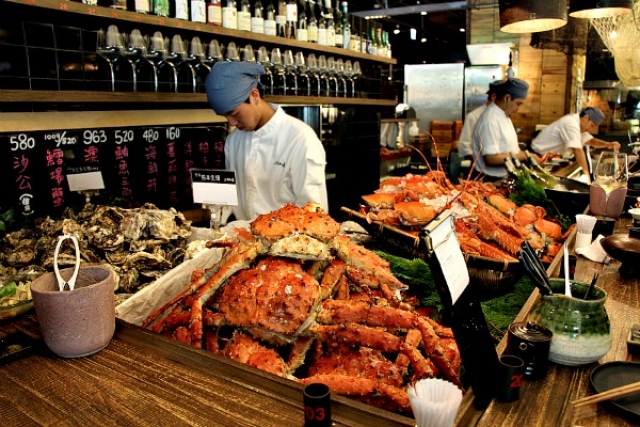 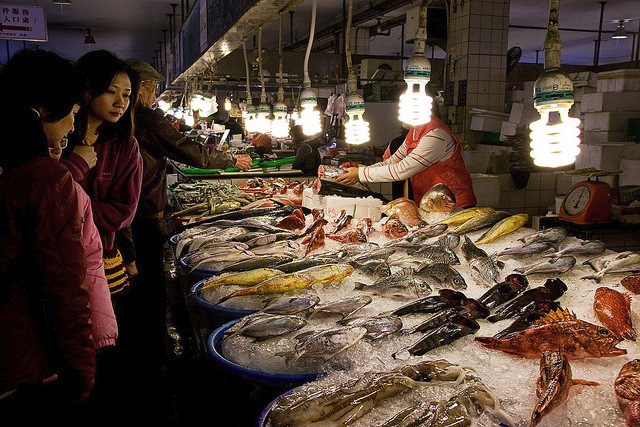 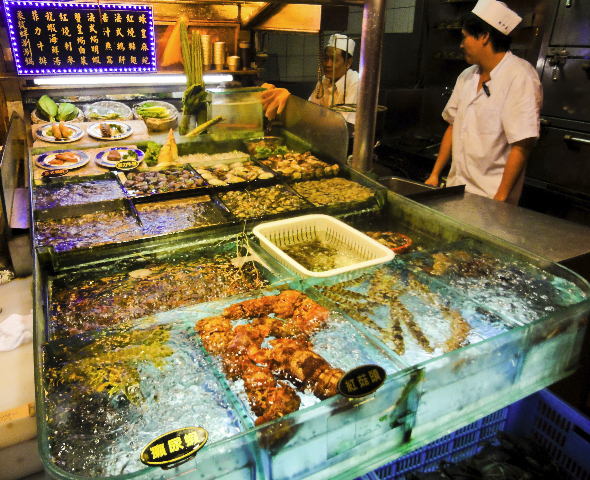 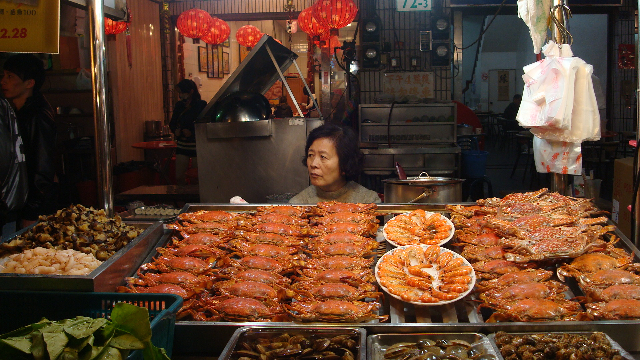 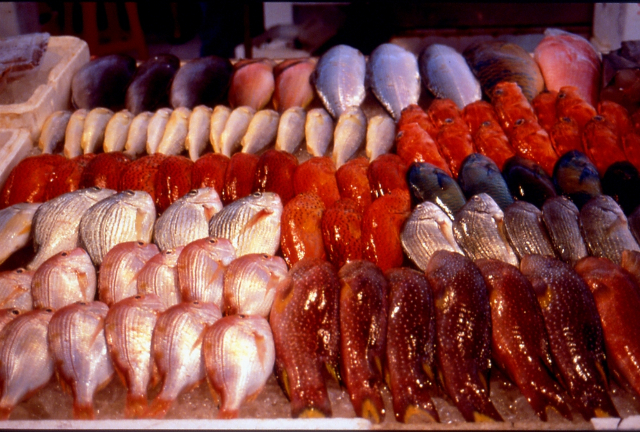 Kate calls this city "Mother Taipei".  She seems to know her pretty well. She speaks enough of the language to express pleasantries and her needs. Geographically, Taipei's become as simple as "Uptown" and "Downtown" in Manhattan.

She calls it Mother because, like a Mother, it makes life as easy to navigate as possible, educate constantly, and decorate businesses and billboards in loud, primary colors. The guidelines for artwork appears simple: Make it colorful and cute.

The Beitou train station is a perfect introduction to Taipei.  It's enormous, so that even rush hour crowds seem to feel less of a need to rush out and home.  It's spotless, as is every street. Spotless. Floors look like they were put down yesterday and polished a dozen times since.

The trains glisten. So clean you could eat on their floors, though you probably would be swept up before your second bite.

To take a train, dozens of machines sell small, plastic tokens. You press them against a circle on the turnstile and head for your train.

Returning, to get out, you must deposit that plastic token in a slot on the turnstile to let yourself out. No chance of a token being tossed on the ground or forgotten in your pocket.

In or out of the station, there isn't a single paper on the ground or a dab of grafitti.  I saw what I thought was trash on the sidewalk and found it was a leaf once I got closer. Even then, my first thought was, "How did they miss this leaf?"

Looking around the train station, I suddenly realized there wasn't a trash container in sight. It's because people are expected to bring their garbage home with them. Sort and recycle it.  And at 6 or 9 at night, when the Trash Truck comes around playing a jingly Good Humor Like melody, rush the trash out to the truck.

When a person grows too old to work their 12 hour days, they are still expected to support themselves without government aid.

Dozens of seniors push carts around the city after going through people's recyclables left by their front door as a present.

These are redeemed for whatever is the going rate. 50 percent of all cardboard, glass and plastic used in the city is recycled.

If a person doesn't need the money, they do their civic duty by volunteering to monitor and clean all public places.

Taipei realizes that rushing or walking can be hard on your feet. So as well as sidewalks made of flat red stones, there are paths and stretches made up of small round rocks. These were made to massage your feet, and though it might be wishful thinking, they work.

Speaking of work, the work ethic here is unlike anything since slaves built the pyramids. They're indoctrinated to it as children, who go to school twelve hours a day.

Count a dozen people walking by and at least one will be wearing a surgical mask.  That's a social nicety - if someone has a cold, the last thing they want to do is spread it.  It would be a sin second only to missing work because of sickness. You don't miss work if you're half-dead, only when you've done the job 100%.

Depending on your income level, there are funeral parades with floats and music. The longer the stretch of floats and cars, the longer the procession the more you are loved.  If you're particularly rich you show it by hiring strippers who dance on the first float following the body.  The idea is that if you've led a prosperous and righteous life, you deserve dancing girls when it's over.

Afterwards, feast on food brought from the Night Market, a city of carts, stores and booths selling everything from Quail Eggs to Chicken Feet. Squid are flattened out and fried, displayed like large fans. Small crabs, large crabs, eel and octopus, some still ready to hop back in the water.

The people are friendly, there's plenty of personal space and residents take pride in their country, city and neighborhood.  It's not "welcome to Taiwan" or even Taipei, but "Welcome to Beitou", the district the train station is in.

It's almost too good to be true. Almost.

Kate and a friend of hers, Christian, were telling me how Taipei is virtually crime free.

The millions of scooters people ride are parked at an angle side by side throughout the city with no chains securing them or devices making it impossible to steal them. The same with bicycles.

Police don't carry guns. There are no school shootings.

There is a bar/restaurant in Kate and Christian's neighborhood that's largely filled with cops, active or retired. It's run by "Uncle Dragon".  Uncle Dragon speaks little English, but since Kate and Christian are regulars, they're greeted by his coming to the table, slamming down a large bottle of beer and waiting for everyone to fill their glass.  On three, everyone downs it. He leaves, satisfied, until he returns to do the same thing a half hour later.

Heading to the rest room I saw Uncle Dragon sitting at the table nearest the door.  He was unloading the empty magazine of his handgun and replacing it with another. He gave me a smile and I walked faster.

Back at the table I confronted Kate and Christian.

"I thought no one carries guns in this city. I just saw Uncle Dragon loading his."

Both Christian and Kate looked at me. They didn't have to say, "So?"