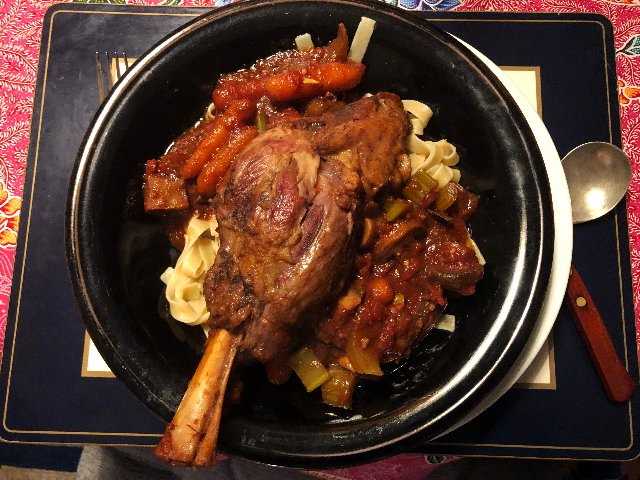 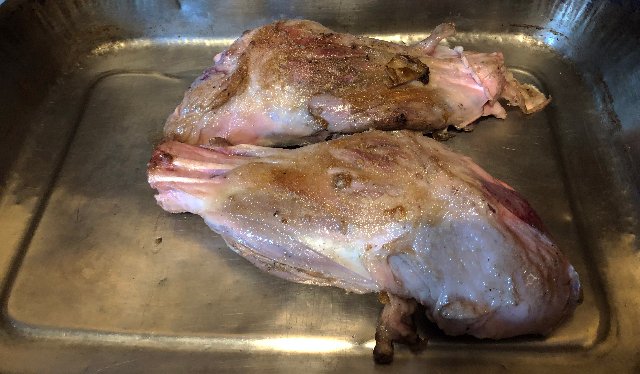 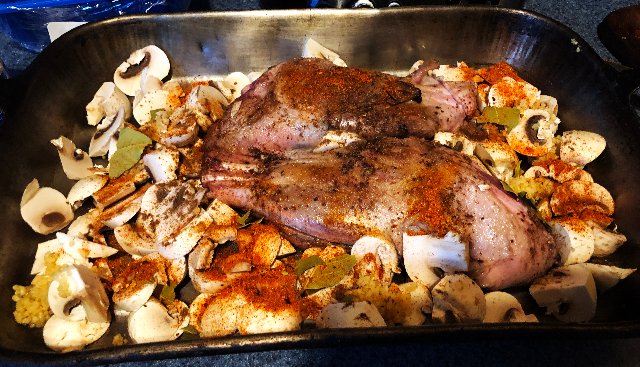 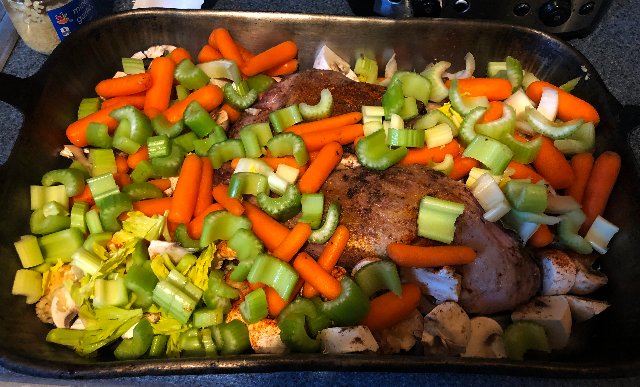 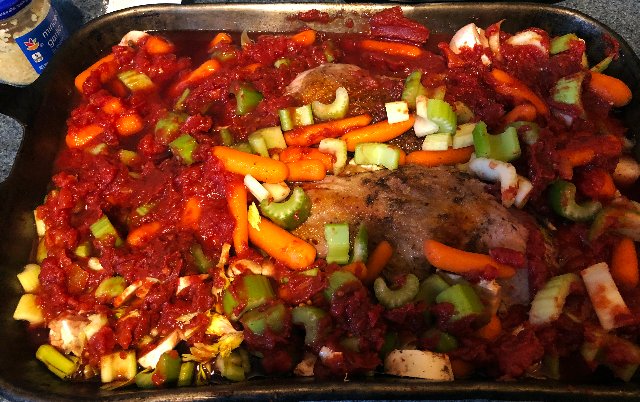 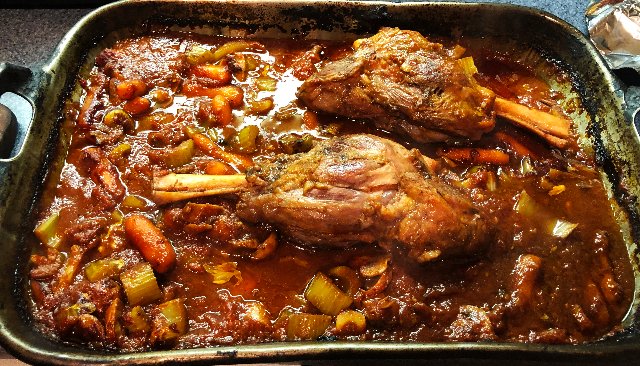 Unfortunately, there are no Greek restaurants in the Berkshires.

Really, how is that possible?

At Big Y, however, lamb was on sale.

Yesterday at Guido’s, which has a high end meat department, they were $13.99 a pound.

Which is affordable by Guido’s standards.

A tough but flavorful cut they used to be cheap, basically peasant food.

Tonight we are having leftovers of the best home-cooked meal of the past year.

That’s saying a lot as we have been rattling the pots and pans and cooking up a storm.

During now the third year of Covid lockdown it’s been fun to whip up great meals.

This proved to be a day-long but relatively simple project.

The shanks were rinsed and patted dry.

With a rub of olive oil and sprinkle of flour they were pan seared in an iron skillet and lightly browned.

In a lasagna baking pan I added a pound of sliced mushrooms. Then several stalks of chopped celery. To that a package of bite sized carrots. I didn’t add onion but will next time.

For flavor I added three teaspoons of crushed garlic, three crushed bay leaves, two teaspoons of smoked paprika. An optional ingredient is baharat, a basic of Middle Eastern cooking. The aroma is intoxicating.

I added a can of crushed tomato and a can of tomato paste.

The final touch is a half bottle of French red wine. That’s up to you but don’t scrimp with cheap stuff. I added three cans of water from the tomato paste.

The ingredients were well mixed, covered with tin foil, and placed in the oven at 350 for three and a half hours. Mid way I turned the shanks for even cooking.

While it started soupy the sauce cooked down and thickened nicely.

The dish was served over egg noodles. I our case gluten free tagliatella.

At the table I poured the other half of the fine French wine which is why I didn’t go with the cheap stuff. Some grated cheese is an option.

The shanks were meaty and "falling off the bone." We each ate half with enough sauce and noodle for another meal.

We agreed our home cooked dinner was restaurant quality with a thick, rich sauce to die for.