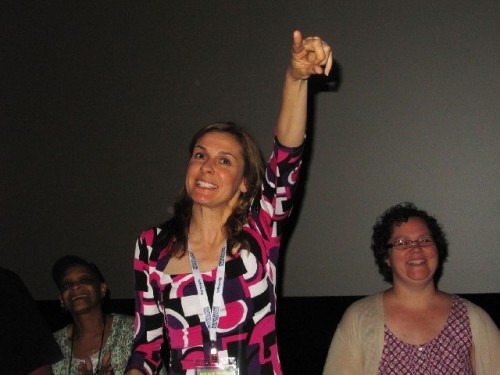 Cynthia Wade has been nominated for another Oscar. Giuliano photos. 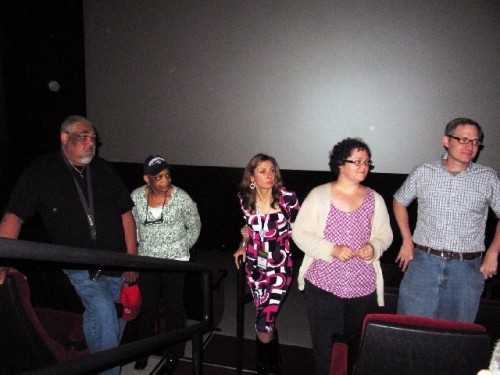 A talk back after the BIFF screening. 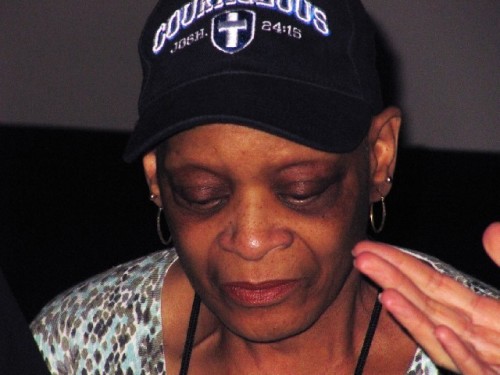 Linda spoke eloquently about her battle with cancer. 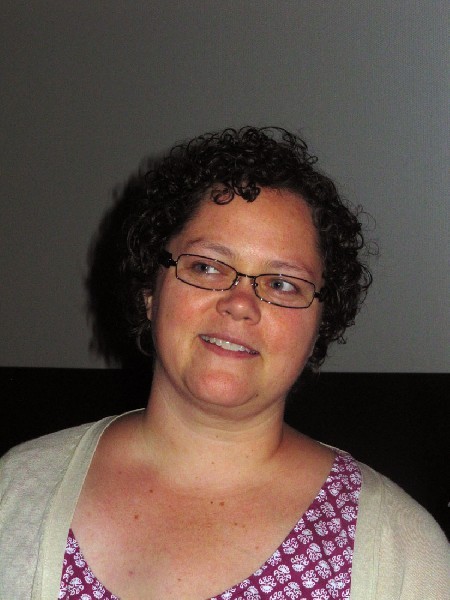 At the time of the screening Cambria’s cancer was in remission.

"This is the third Biff appearance by Berkshire based, Academy Award winning director Cynthia Wade. Several of he individuals who participated in the film were on hand for the discussion. It evoked emotional bonding with an attentive and compassionate audience.

"The film focuses on the experience of women fighting cancer and undergoing chemotherapy with its resultant hair loss. Once a month the sisters who own a salon, Racine’s, lovingly offer free cosmetology. Through their services they help the women to feel better about themselves.

"We are privy to the struggles of Warren, the husband of Linda, now in her 18th years of fighting cancer. The film reveals his loss of faith and demise that resulted in being asked to leave the home and marriage. It was stunning to see Walter and Linda, together after a year of separation, continuing the struggle. As he told us “What we have gone though as a family I wouldn’t wish on my worst enemy.”

"Through the film and discussion it was a struggle to fight back tears." (2012 BFA review)

Cynthia Wade’s 39-minute documentary film MONDAYS AT RACINE, chronicling a salon in Long Island that opens its doors every month to women diagnosed with cancer, is nominated for an Academy Award in the Documentary Short Form category.  This is the second nomination for director Cynthia Wade, who previously won the Oscar in 2008 for her documentary short FREEHELD.  This is a first time nomination for producer Robin Honan.

Every third Monday of the month, brassy Long Island, New York sisters Cynthia and Rachel open up their hair salon, called Racine after their combined names, and offer free beauty services for women undergoing chemotherapy. Determined to make their customers feel beautiful, the glamour duo knows that Mondays at Racine goes far beyond purple painted toes and a frothy facial. The sisters are determined to give women losing their hair, eyebrows and eyelashes a sense of normalcy and dignity in a traumatic and uncertain time.  The story of what hair means in our culture quickly unfolds into an unexpected look at womanhood, marriage, and survival.

Academy Award-winning director Cynthia Wade is known for making unflinching and intimate films about social issues.  Over the course of her career she has won over 50 awards for her films including two wins at the SundanceFilm Festival and a 2008 Oscar.  Her websites can be seen at this link.