Charlie Johnson Reads All of Proust 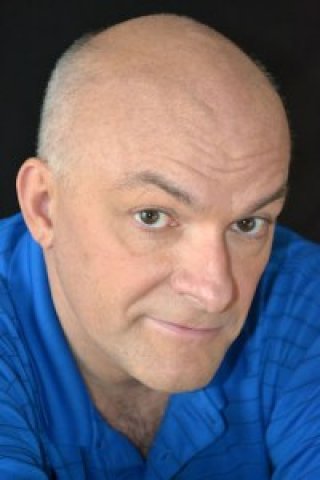 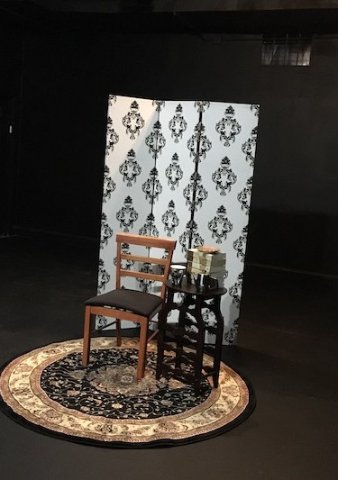 Madelines. Military service. Marriages and family. Swann’s Way to Time Regained. An older man decides he will read Marcel Proust’s iconic novel. As he reads all six volumes over the course of a year, he responds to Proust and reflects on his own life. And his audience may gain insights into their own too.

The play has a short run—only through January 27—and two actors are performing the monologue role. John Boss stars through January 13, then Jeff Broitman, who created the role, takes over on January 17.

During Boss’ opening performance, he was “on book,” performing with a script in his lap, as he sat in Charlie’s chair on the small living room set. Although that seems as if it would be disconcerting, Boss handles the book and his monologue skillfully. Using a faintly southern/Midwestern accent, he effectively portrays Charlie.

Charlie’s story begins in a coffee shop, as he buys a packet of ridged cookies to go with his coffee. His “snooty” daughter-in-law, Patricia, a wannabe writer, asks him if he’s having his “Madeline moment.” When Charlie looks puzzled, Patricia describes how Proust, in the opening of Swann’s Way, the first book, takes a bite of a Madeline and the flavor brings back childhood memories. When Patricia asks him if he reads, as if he couldn’t, Charlie thinks to himself, “if you think you’re so smart, I will read Proust. I will go on Amazon and order the book and read it all the way through. And next Christmas when Patricia and Billy come back to visit, I will discuss Proust with her.” And so he orders all six volumes.

As Charlie reads, he puzzles through Proust’s prose, and reflects on his life and how he has tried to follow his father’s advice about “doing right.” Boyhood summers on his grandparents’ Indiana farm. His Air Force service. Meeting his wife Katherine. Their daughter Georgann.

As Charlie continues with Proust, he grows accustomed to his prose and carries on an internal argument with the author. By the time he finishes, he’s considering whether Proust fulfilled his goal of capturing time and “something of the essence of life, of time itself.” And “Now I am itching to discuss Proust. I have no one to talk about this with. I can’t tell my friends at Card Club and Snappy Seniors I’ve read all six volumes of Proust. But I’m itching to talk about this and maybe find out what I missed and get an opinion on whether Proust achieved his goal to capture time.”

There’s a lot more to Charlie’s story. I didn’t even mention fried cornmeal mush—or polenta, as Patricia calls it. The story richly blends Charlie’s experiences with his Proustian impressions.

Amy Crider has been writing plays for 10 years. Her work includes about 10 full-length plays and a number of shorter works. She has been a semifinalist in several awards programs.

Charlie Johnson Reads All of Proust continues at the Den Theatre, 1331 N. Milwaukee, through January 27. Running time is 80 minutes. Performances are Thursday-Sunday. Tickets are $20, with half-price industry and student tickets available for every performance.