Of Course in Berlin 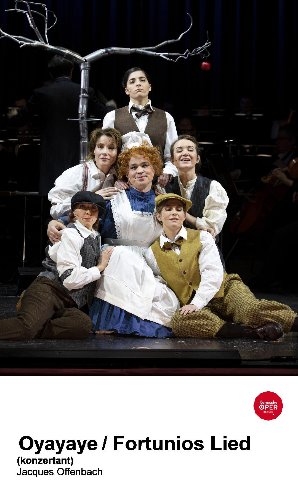 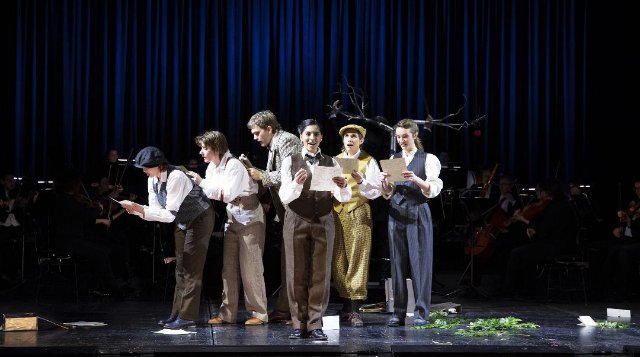 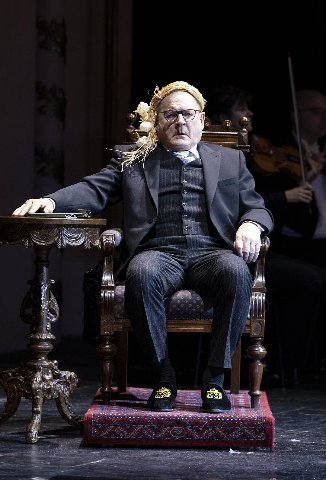 Oyayaye and Fortunio's Lied by Jaques Offenbach at the Komische Oper, Berlin
The Komische Oper Berlin is one of three (3) opera houses in the Capital. Committed to presenting
lighter fare, it just celebrated its 75th birthday in January with a big gala. The president of Germany,
FraWalter Steinmeier, gave the lautatio to the sold out house, a clear nod of the importance of the
beloved institution. Its directors, from Walter Felsenstein, to Andreas Homoki and Barry Kosky,
were able to create and re-create pearls of the musical theatre tradition that were, and still are,
celebrated by the public. Now, since the end of August 2022, Susanne Moser and Philip Broeking,
have taken over at the helmet. As of this Summer of 2023, they will steer the „Komische-Oper-
ship“ through its scheduled renovation and the temporary re-location to the Schiller Theater, to new
and much anticipated shores.
By no means does this move stop the opera house from presenting new openings. The most recent
came in January 2023 with Jaques Offenbach's two one-act works Oyayaye, from 1855, and
Fortunio's Lied (Fortunio's song), composed in 1861. Both are light-hearted spoofs, presented by a
story teller (Burghart Klaussner) in the first work. He continues in the second one as the aging
lawyer Fortunio, jealously watching over his young wife. In Oyayaye a bass player (Ferdinand
Keller). who lost his job, becomes a sailor and is stranded on an island with female cannibals. He
escapes being eaten by playing his bass. Fortunio, in the second work, guards a song with mystical
qualities. But his secretary Valentin (Susan Zarrabi) finds it, plays it for Fortunio's wife (Alma
Sadé) in order to convey his love for her. Nothing comes of it though, since she does not get the
message.
Although both works feel dated, the second work had a highly sentimental quality for Offenbach.
He was very fond of the song that he wrote in 1850. Consequently, in 1861 he created Fortunio's
Lied for it. This song was played for him at his funeral in 1880.
Perhaps this aspect had some impact in producing these lesser works by Jaques Offenbach at the
Komische Oper. The season is and will be sparkling with twelve (12) new openings before the
move to the Schiller Theater in June. Berlin will follow and is waiting with anticipation.
Back to Front Page Section Home