The Color Purple a Smash at SpeakEasy

A Riveting Poignant Musical of Hope and Deserved Joy 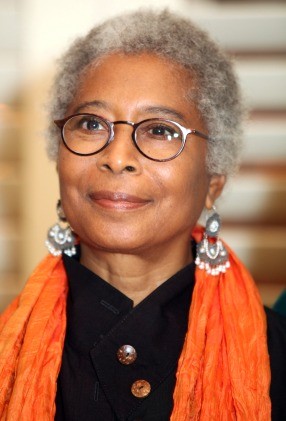 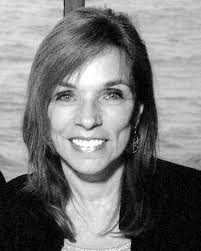 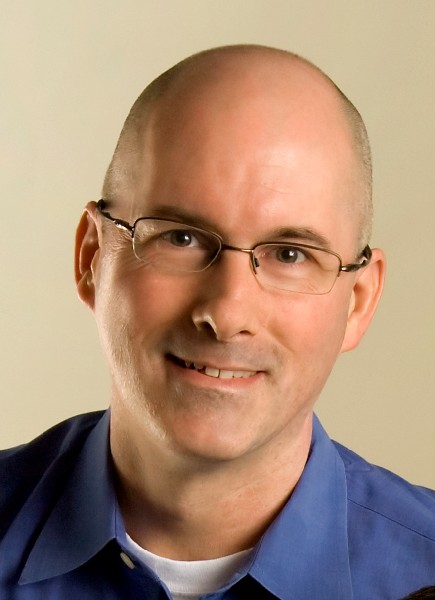 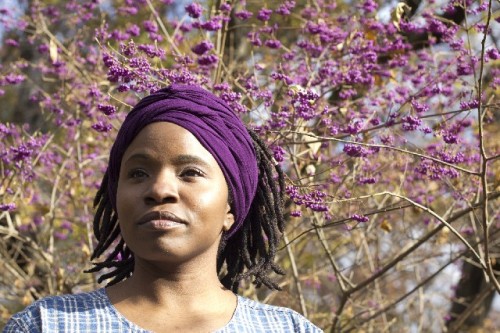 Lovely Hoffman in The Color Purple. Photo by John Howrey 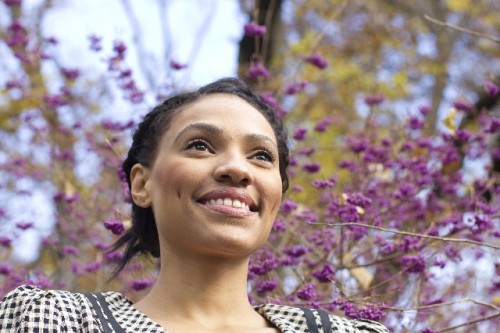 Aubin Wise in The Color Purple. Photo by John Howrey 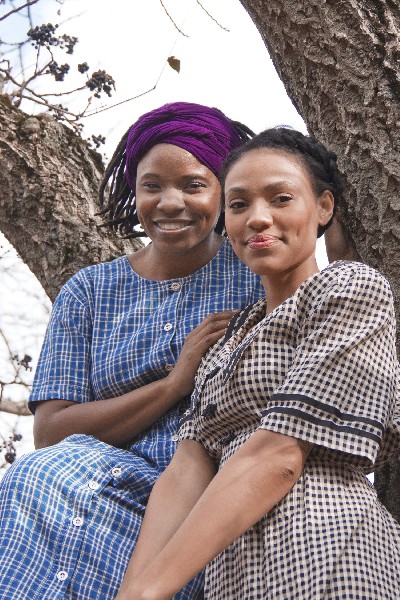 Lovely Hoffman and Aubin Wise in The Color Purple 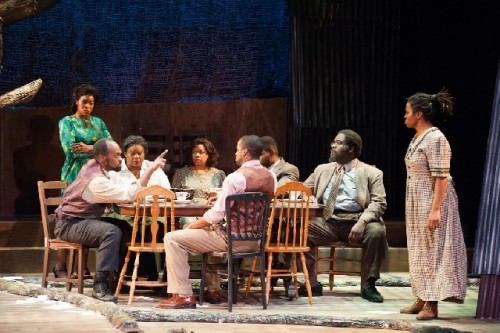 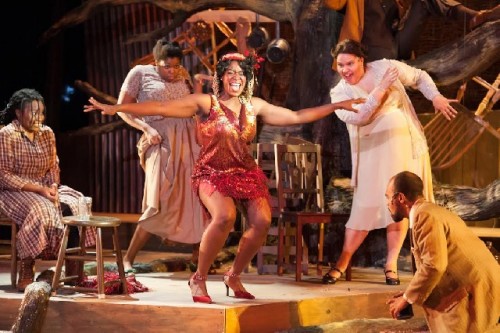 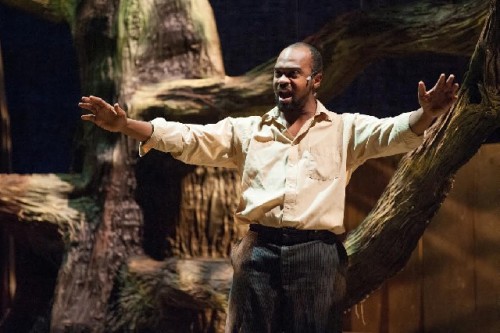 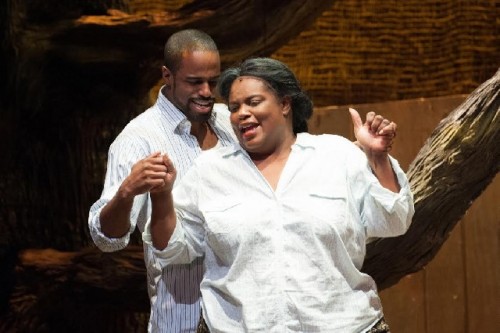 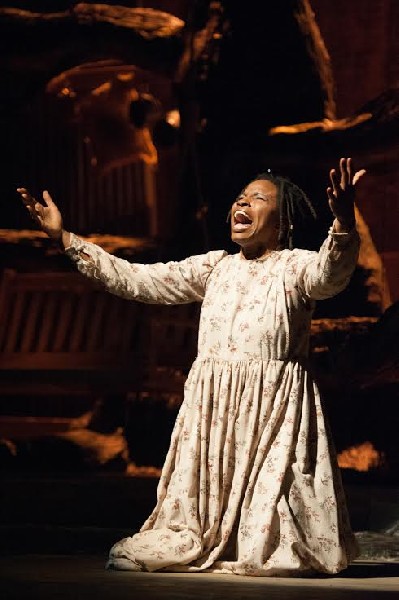 Based on the novel by Alice Walker and the Warner Brothers/Amblin film, The Color Purple at The SpeakEasy Stage Company is a smash hit. With no weak performances and wonderful orchestration, it is musical theatre at its very best.

The story begins with two little girls playing a Miss Mac-Mac handclapping game on the branch of a giant oak tree. Is this the Tree of Life? They are two joyful sisters named Celie and Nettie who are also best friends. Accompanied by gospel singers, the next scene is in a church with Celie heavily pregnant. She goes into labor during the service.

Her newborn daughter is taken away by her "Pa," another child was taken earlier and she is sold to a stern widower, Mister, when she is 14 to serve his domestic needs. Nettie is sent away by Mister when she thwarts his advances. Celie is left totally alone to deal with the continuous abuse of Mister.

Eventually, Shug Avery , a bawdy jazz singer and sexy lady of questionable reputation comes to visit Mister. She befriends Celie and gives her the strength to eventually standup to Mister. Along the way, Mister's son Harpo grows up and marries the strong willed Sofia when she becomes pregnant with his child.

To make an independent living, Harpo opens a juke joint. Shug's performances give the joint crowd appeal. Through various problems and turmoil, the narrative develops subplots and various other characters move in and out of the story. Each is superb.

Eventually, Celie finds contentment as well as family and personal success. Her character is brilliantly song and acted by Lovely Hoffman. She makes us literally feel for her troubles and triumphs.

Other standouts in a totally wonderful cast are Aubin Wise as a beautiful and kind Nettie, Crystin Gilmore as the sexy and entertaining yet heart of gold Shug Avery, Valerie Houston as a powerful untamable presence Sofia, Maurice Emmanuel Parent as  hardass Mister and Jared Dixon as a very human and humane Harpo.

The total ensemble sings, dances and acts creating a true theatrical event of charm and quality. With bursting energy and talent, the performers are a celebration of music and story.

Stagecraft is a major part of the brilliance of the show. The set works extremely well. It is spare yet imaginatively flexible. Set Designer Jenna McFarland Lord has created a spatial environment that allows the story to seamlessly flow. It is enhanced by Karen Perlow's sensitive lighting design.

Music and sound design are operatically combined by Music Director Nicholas James Connell and Sound Designer David Reiffel. Here the whole is greater than the sum of its parts.

This is a very human story of degradation, personal suffering and eventual triumphant joy. The Color Purple is a brilliant entertainment. It is musical theatre at its best.