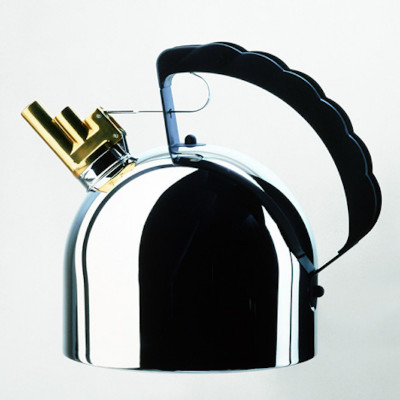 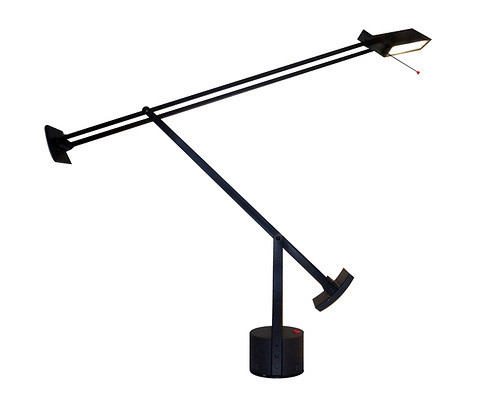 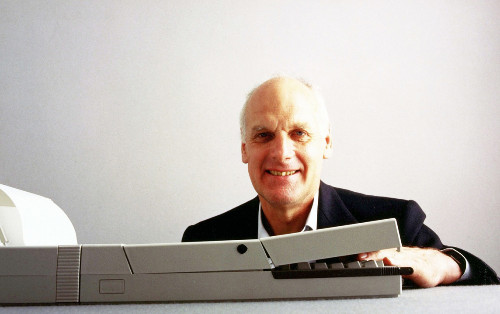 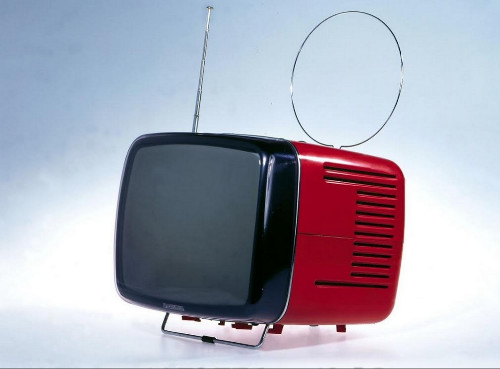 On New year’s Eve 2015, celebrated industrial designer Richard Sapper died at the age of 83. An articulate promoter of the discipline of industrial design, he helped make it a respected creative profession during the last half of the 20th Century and the first part of the 21st. Sapper became the model of excellence for the professional designer; his sensibility combined the rationality and the technical virtuosity of the best of German design and engineering with the simple, elegant beauty of Italian styling. In a 60-year career, he applied his agile imagination to a wide range of objects — he was responsible for designing some of the world’s most lasting 20th-century product icons.

Paramount among his designed objects and appliances are his minimal Tizio lamp (1972), created for the Italian lighting firm Artemide, and the witty 9091 Alessi kettle (1983). When water boils, the kettle emits a harmonious whistle that echoes the sound of a train. This piece was the first of a flock of “designer” tea kettles, many of them designed by other prominent architects and designers, such as Michael Graves, Aldo Rossi, Frank Gehery and Phillipe Starck.

Some critics charged that Sapper did not have a personal style. This is wrong-headed: when it comes to functional beauty and philosophical depth, each of his designs bore his distinctive signature. They were original and graceful, reflections of a fresh often minimalist aesthetic accented by a touch of wit. His style was no more and no less than an exercise of the art of intelligent design.

Born in Munich and raised during the pre-WWII and war years, he was surrounded by destruction and tragedy, degradation that inspired an urge to  dream up new and attractive things. At the University of Munich, he studied philosophy, anatomy, and engineering. Yet he graduated with a business degree. Following university, he was able to work for some of the world’s most design-conscious manufacturers and retailers, as well as with some very talented designers.

After a short time in Mercedes-Benz’s styling department, he made a life-changing move to Milan, the center of the period’s progressive design world, in 1958. After short sojourns in the office of Gio Ponti and the design department of the Rinascente Department Store, he formed a extremely productive partnership with the Italian designer Marco Zanuso Marco in 1959. This collaboration endured for 18 years in various forms, an alliance that resulted in the seminal designs of the little Doney television set (1962) and the TS502 radio (1965) for Brionvega. Here, for the first time, household electronic devices were designed with thought and style — they became pieces of contemporary sculpture.

Sapper and Zanuso’s partnership brought attention to the evolution of a chic and modern Italian domestic environment that made an impact around the globe. The two produced a number of key designs, from the Grillo telephone, the first phone with a flip-down mouthpiece, to a child’s plastic stacking chair for Kartell. The chair was part of a family of Italian plastic chairs made during the period; they were produced by a number of manufacturers, including Vico Magistretti, Joe Colombo, and others. Sapper and Zanouso brilliantly transformed man-made material into furniture that looked elegant and chic rather than unfashionable and cheap.

In 1959, Sapper opened his own studio in Milan. His initial design focus ranged from clocks and watches to furniture. His Lorenz table clock of 1960 — made out of war-surplus torpedo timers — was his first solo design. His inventive reuse of existing technology and materials in order to create new consumer products was one of his characteristic traits. The Lorenz won him his first Compasso d’Oro design prize. This was the first of 10 he earned over the course of his long career.

Sapper’s most famous design is the Tizio lamp. One of the best-selling desk lights of all time, it has become a symbol of office efficiency circa the early ’70s. Sapper enjoyed adding striking small visual details to his designs. Though the body of the Tizio lamp is black, its joints are bright red. This coloring device can be seen in several of his other objects as well. The black ThinkPad laptop that he created for IBM in 1992 has a red mouse button. Sapper began working for IBM in 1980. He was the company’s principal industrial design consultant, and he transformed the IBM machine from a gray laptop into a simple black box.

His other major clients included B&B Italia, Castelli, Knoll International, Magis, and Molteni Unifor. One of Sapper’s most important client was the Italian firm Alessi. He designed two coffee pots for the company, including the 9090, a reworking of Alberto Alessi’s grandfather’s classic aluminum Moka coffeemaker from the ’20s. (It was the first of Alessi’s products to be selected for the permanent collection at the Museum of Modern Art, New York.) His Whistling Tea Kettle became an Alessi icon as well.

Steve Jobs approached Sapper about heading up design for Apple. Politely, he declined the offer because he was too busy at the time. This may have been one of his greatest regrets. Nonetheless, Sapper was well respected, highly acclaimed, and honored as a major international star of industrial design. Many of Sapper’s objects are in permanent collections of prominent museums around the world. His wonderful body of work, accented by a wry cleverness, helped shape the contemporary world’s vision of form and function.