The Infinite Hotel at Irondale 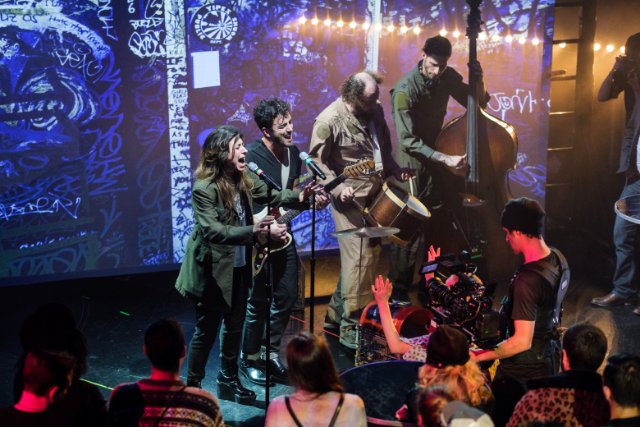 The Infinite Hotel by Michael McQuilken Photo credits Will O'Hare 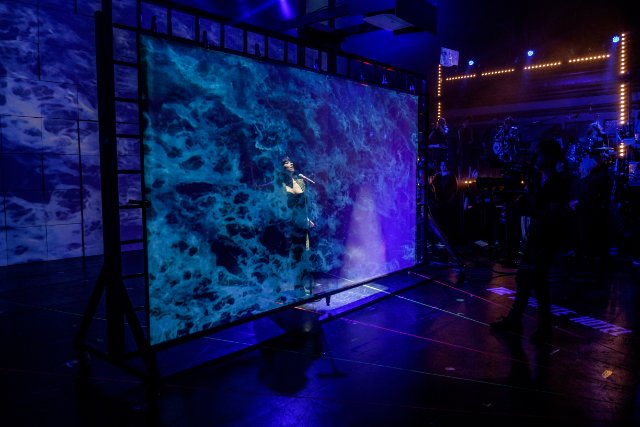 Skimming in video The Infinite Hotel 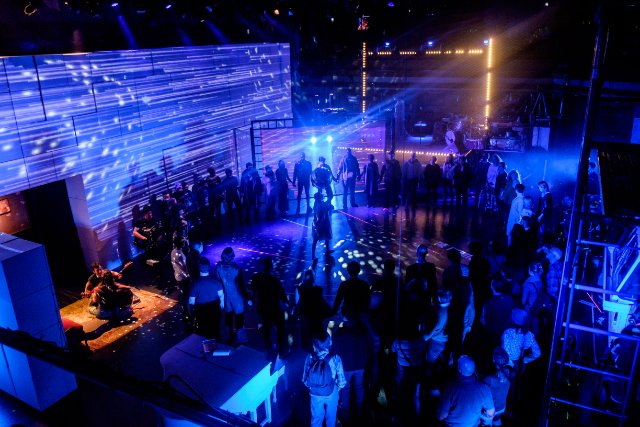 Forming a circle with the audience 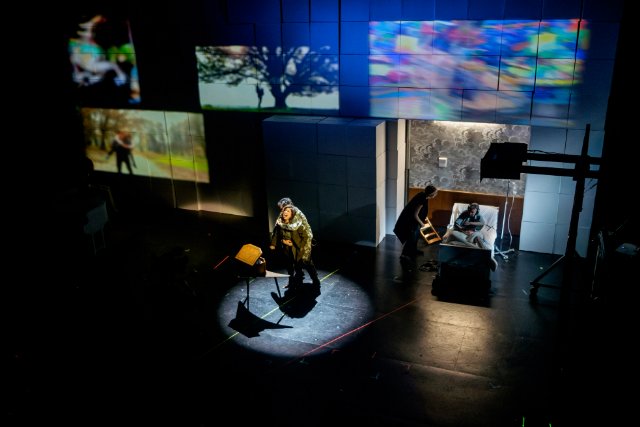 Jib performs with her father imagined 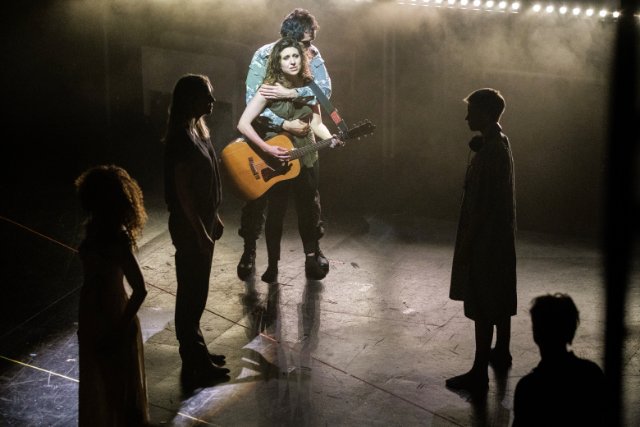 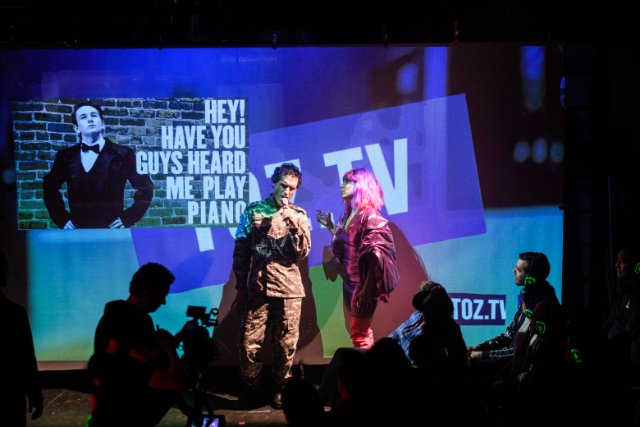 Announcing the death of Benjamin Alexander, who nonethless appears in the show

Death hangs over the exuberant music/drama The Infinite Hotel.  Jib sings of the pain of loss from beginning to end.  Her music is lifeful, as is the music of Amanda Palmer and Jason Webley  who contributed new work to this production.

Leah Siegel, who plays the lead character Jib, a reluctant composer and performer in this piece, created many of the songs she sings. About her final song, facing death, she says that she was moved to write it after the death of a loved one.  In the show, she mourns her father, who died in Iraq.

Joe Trombino is her associate/producer. She met him fortuitously in the subway.  The entire production feels like a New York subway car turned upside down. Diverse characters meet, connect and disconnect at random, as straphangers do.

Jennifer Harrison Newman floats through the evening as a muse connected to a piano, and an ever-present prod and provocateur. Freddy Epstein is Freddy, who is also the music director, a big job which includes the incorporation of Felix Mendelssohn in this pop work.  Austin Durant is a hoarder who has some real treasures to display, speaking and on the drums.  He bangs so furiously with a single beat that you imagine you too can be a percussionist.

Video projections designed by Josh Higgason and Maxx Berkowitz are sometimes recessive and at others bold.  They open up the already large space with crashing waves which are bigger than the scenes unfolding before us.

The work changes from day to day, as audiences change. Constant tweaking also subtly changes emphases.  Marianna Hoitt-Lange (the daughter who was hit by a car) made a strong impact in one performance, as she skirted the stage with her arms raised in acceptance or denial.  She is introduced in a coma, and we are not quite sure whether she is alive or not. Up in the balcony, you can feel the wind as she whips by.

Circles are also a theme.  The crashing waves are circular.  A 12-step confession takes place in a circle. Perhaps most touchingly, the audience members are invited by actors to participate with them on stage.  Actors ask audience members to stand and form a circle with their arms. The actors dart underneath and up, to accept an embrace and also deliver one.  One actor said "thank you" to her accidental partner.

Jib's name suggests the sail of a boat, ahead of the forstaysail and the fore-mast top of The Infinite Hotel. She determines the course and speed of the show.  If you like the cut of her jib, you like the way the show is heading.  Who wouldn't?