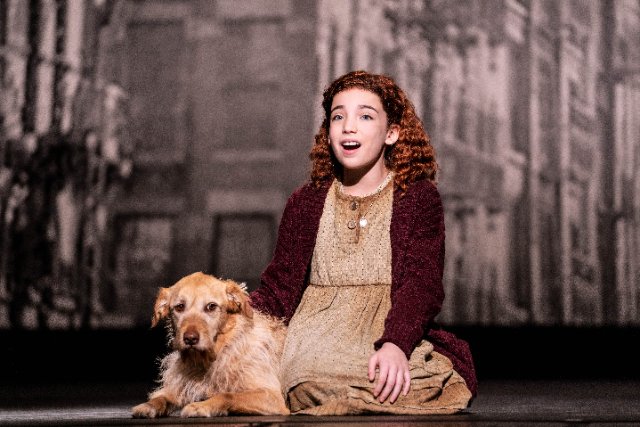 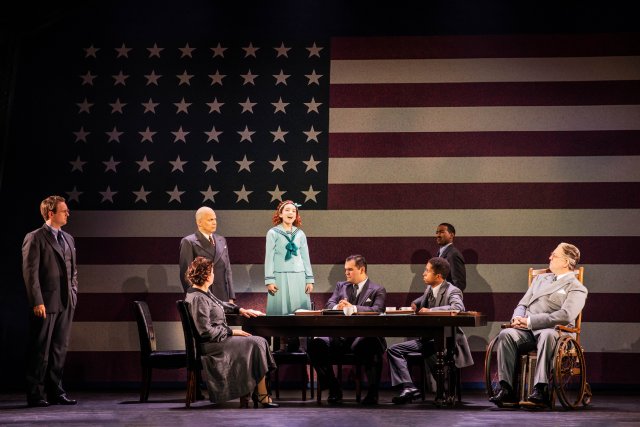 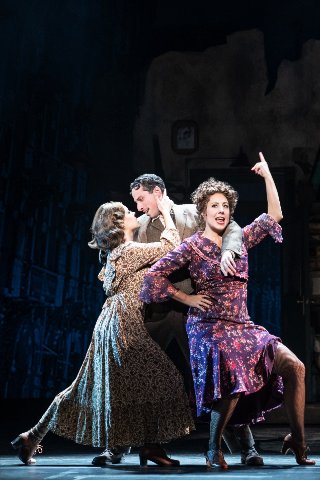 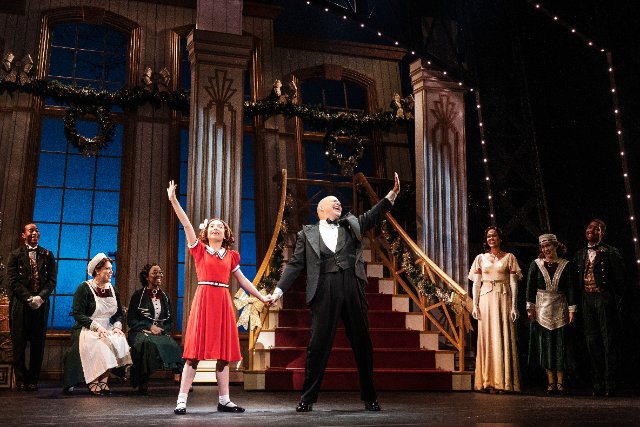 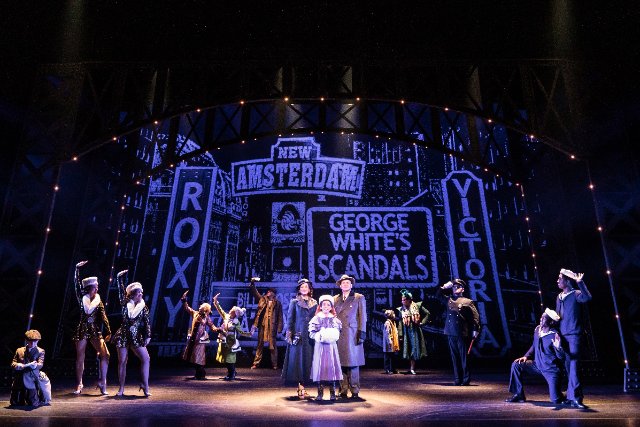 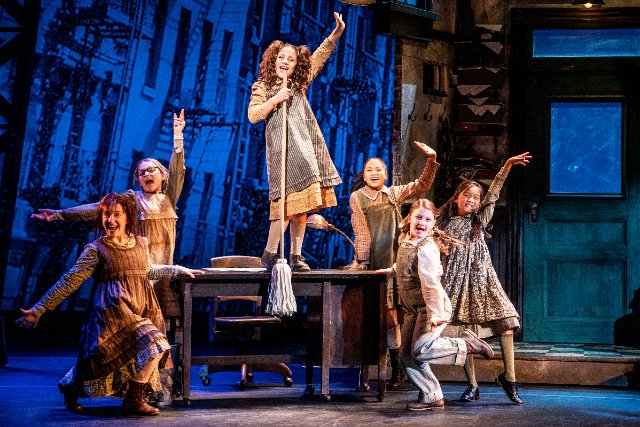 “The sun’ll come out – tomorrow.  Bet your bottom dollar that tomorrow, there’ll be sun.”  That optimism in the face of adversity along with a complex and uplifting melody made “Tomorrow,” the signature song from “Annie,” iconic.  It also acted as a huge audience pull.  The 1977 Broadway musical towered with success earning seven Tonys and over 2,300 performances.  It remains one of the most produced musicals around the country, and is in the midst of yet another successful national tour, with a charming production that will please audience members of all ages.  It is brimming with laughs and lively music, yet it offers significant social commentary.

So, what makes “Annie” so popular?  Where to start?  Set during the Great Depression and opening in an orphanage with conditions straight out of a Charles Dickens novel doesn’t seem a likely starting point.  Along the way, the always hopeful heroine, Annie, must overcome challenges, starting with her nemesis, Miss Hannigan.  This mean and drunken orphanage matron is one of the great female comic antagonists on the stage, and she blocks every aspiration Annie can muster.

If the orphanage wasn’t bleak enough, the story shines the light of social consciousness on another sad byproduct of an often heartless society.  Annie escapes temporarily into a Hooverville.  For those who think that homelessness is only a contemporary phenomenon, there were hundreds of these shanty towns and encampments at that time, and the plight of the denizens derived from similar causes of the homeless today – joblessness, debt, eviction, and addiction.

However, in classic deus ex machina style, the secretary to Oliver Warbucks, the world’s richest man, appears at the orphanage to whisk away an orphan for a two-week Christmas holiday in the lap of luxury.  That fortunate foundling would be Annie, and this is the start of something good.

With Warbucks’ war chest and connections at her disposal, Annie tries to find her parents, which engenders more issues – a child’s connectedness to biological versus adoptive parents; the effects of easy money on inducing illegal behavior; how wealth can influence government favoritism; and the clash between serving the needs of the working class versus captains of industry.  Yet many viewers, especially children, who will find this musical particularly appealing, can enjoy it simply for the engaging story and the lively staging.

The fun starts in the orphanage.  Seven talented young girls sing the lively “It’s the Hard Knock Life” in unison with bright shrieky voices, a high energy sound that only pre-teens can produce.  Later, the orphans show their dancing skills with high kicks, shimmies, and cartwheels. Whenever the waifs are on stage, they light it up, which, no doubt, keeps the kids in the audience involved.

Of course, Annie gets most of the highlights with the touching and wishful “Maybe” in which she imagines reuniting with her long lost parents.  And then there’s “Tomorrow” which Ellie Pulsifer as Annie skillfully delivers, starting wistfully and with gradual crescendo, finishing like gangbusters.  The other memorable song is “Easy Street” in which Stephanie Londino as Miss Hannigan gets to display her notable gruff and growl.

The scene shifts frequently to Annie’s two weeks among the rich and famous.  In another fanciful sequence, she even joins Warbucks at a cabinet meeting with President Roosevelt, who apparently doesn’t have enough on his plate as he directs the effort to try to locate her parents.

The plot of “Annie” is a bit jumpy with some superfluous scenes, and Warbucks talks of adopting Annie without much depiction of the motivation.  These are minor blemishes in a musical with enduring characters, memorable musical numbers, and a sense of socially conscious history.  Like most entertainments that draw from the comic strip “Little Orphan Annie,” this version contains many of the original signal elements.  Annie possesses curly red hair; in the end, she wears the obligatory red dress with black and white trim; Daddy Warbucks is billiard ball bald; and the biggest source of oohs and aahs comes into Annie’s life - the scruffy orphan dog, Sandy.

“Annie,” with music by Charles Strouse, lyrics by Martin Charnin, and book by Thomas Meehan, is presented by Broadway San Jose, and plays at San Jose Center for the Performing Arts, 255 Almaden Blvd., San Jose, CA through January 15, 2023.