Iconic Candide at the Rose Theater 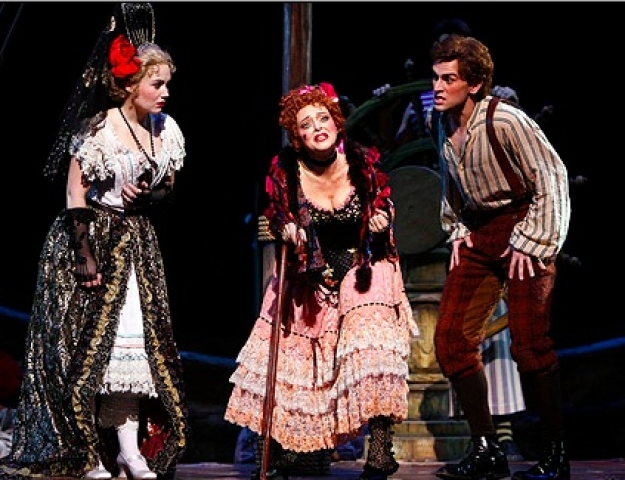 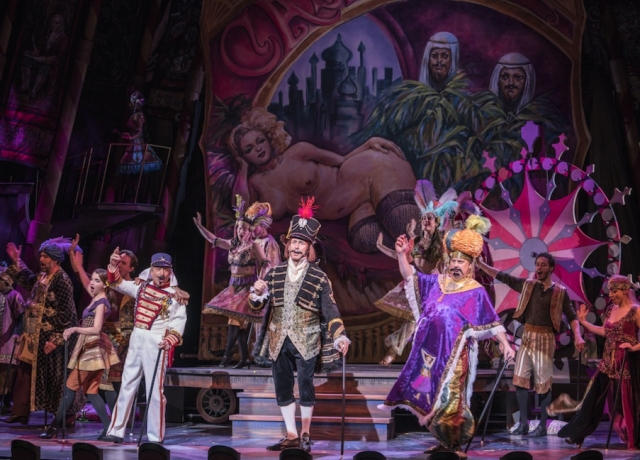 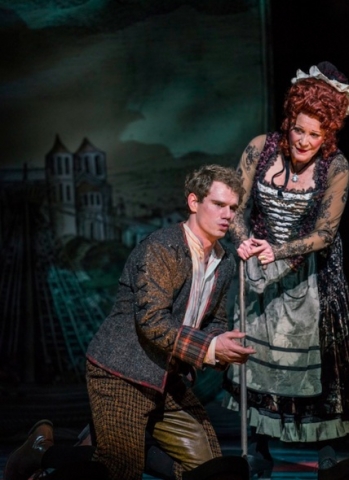 In the best of all possible worlds, we would have opera at every corner. In its exuberant return, New York City Opera has mounted production after production which fill its original mission.

Now they have produced one of their signature operas, directed as it once was at NYCO, by Broadway legend Harold Prince.  While the opera Candide hovers between musical and opera, it seems just right for the opera company which has found a new home at the northern most tip of the Great White Way and within earshot of the Metropolitan Opera House.

NYCO has put together a cast combining opera singers and Broadway stage stars.  The mix works well.  Some singers appear to be miked, Broadway style, but the blend of miked and un-miked voices is smooth.

Linda Lavin as the Old Lady is a miracle of pouts and purses.  In the hobbled gait of her one-buttock walk she is elegant.  She takes on this role which veers from healer to matchmaker with great verve.

Jessica Tyler Wright as Paquette is the most fully realized dramatic character.  She moves from a Tales of Hoffman-wind-up doll to a rubbery toy doll in stiff steps and collapses.  With a yogi's flair for the sexual positions she joyfully assumes with Dr. Pangloss and casual passersby, she manages to sing out a clear, confidant message.

Director Prince once said that he directed Cunégonde as a virgin. This production's Cunégonde, Meghan Pincero is pure as the driven snow even after serial rape by the Bulgarian Army, seduction by a rich Jew, then the Grand Inquisitor and the usual brothel girl's adventures.  Pincero sings the hell out of the role, running up and down scales, mounting high notes, and dancing with the trill decorations Bernstein provides.  She also makes her voice harsh and strident when the words call for it.  When she declares her beauty unmatched, she is right.

As her beloved, the bastard Candide is captured by Jay Armstrong Johnson, straight from Broadway. His tenor is inviting. His stage presence both romantic and confused, as Candide should be.

Dr. Pangloss is the distinguihsed and yet impish Broadway regular Gregg Edelman, who adds a dash of panache as he persuade us that even in perilous times, this is the best of all possible worlds.  Chip Zien and to an even greater extent Brooks Ashmenskas add delicious camp to the stagings.  Its in Zien's gestures and particularly Ashmenskas' walk.

If Candide does not end up being great again, in some ways it never was. Voltaire’s episodic story-telling still unrolls scene after scene. At the start of this production, the key roles were played against tableaux of the chorus and minor characters.  While the chorus roams the stage and sings with vigor, even when they are embedded in stained glass, more stylization in their deployment might have been engaging. This played well, but was quickly dropped as an idea. Cunégonde, the virgin whose heart has not been touched as her body has been ravished, does not remain a virgin.

Had the central characters stayed central, their endurance in the face of incredible, often brutal hardships might have made the story one we can identify with.  By making it a journey story on circus cart and boat, some of the heart is lost.  Voltaire of course had been imprisoned, flogged and cast out himself.  Perhaps for this reason, the book is more deeply felt.

The touching final song, "Make Our Garden Grow" does not resonate like West Side Story's "There's a Place for Us," whose distinctive tone leap is only one note different.  Both songs were written at about the same time.

It may be hard to believe that this is the best of all possible times as we enter our own new world.  This production by the wonderful NewYork City Opera gives hope.