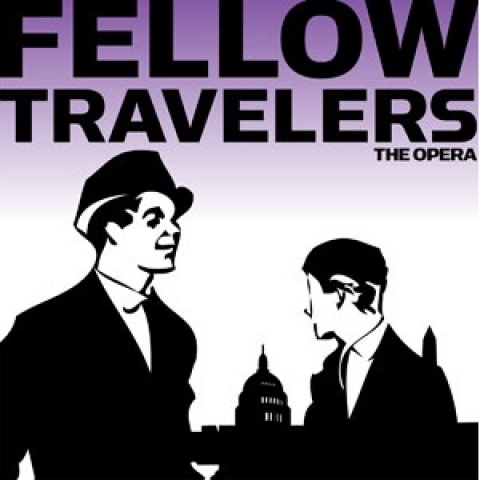 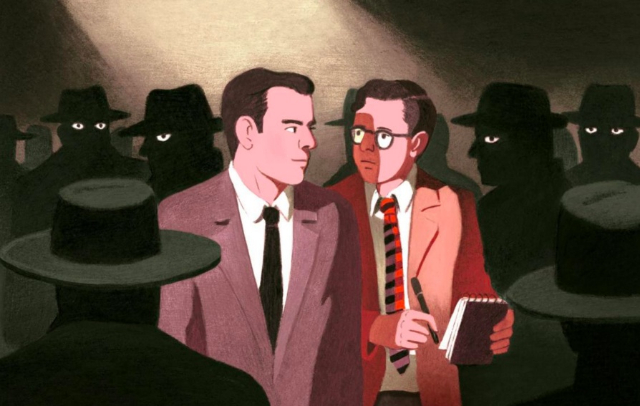 Homoerotic love in the time of McCarthy 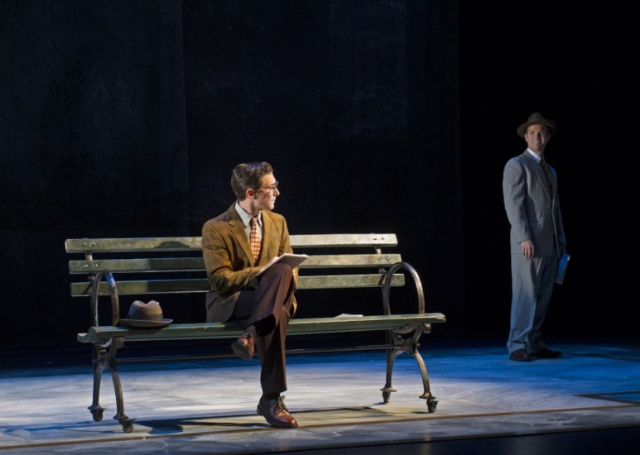 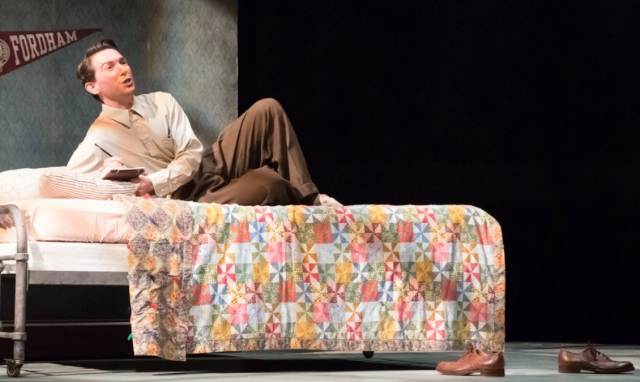 Timothy, soon to be Skippy, an the object of passion (Photo credit Jill Steinberg) 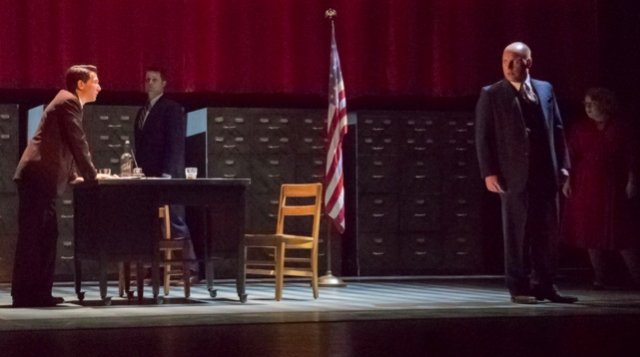 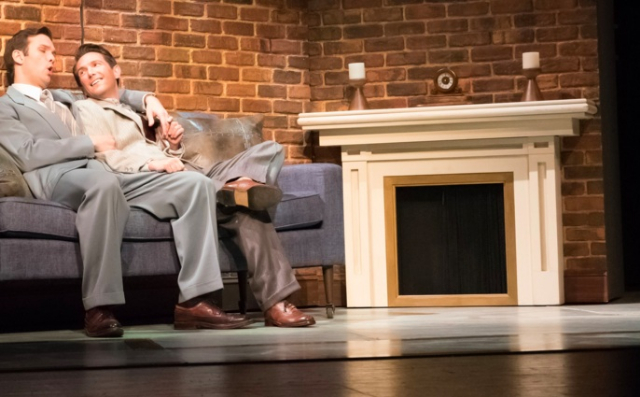 A not so typical American home (Photo credit Jill Steinberg)

The pressures of holding leftwing views compounded by an illegal sexual preference were magnified in the Red Scare following the Second World War in the United States.

Television brought the HUAC Senator Joseph McCarthy hearings into American homes. Terror was struck in the hearts of citizens. Some years later in the first night at boarding school my assigned roommate told me that Alger Hiss was her godfather. I slept under my bed for safety's sake.

Issues in the New York premier of Fellow Travelers, the centerpiece of the Prototype Festival presentations, are not only the fears bred by screaming bigots, but the vulnerability of people who harbor political beliefs that are off center and particularly people whose sexual orientation is not hetero.

Arts manager Sterling Zinsmeyer worked for ten years to bring this this opera into being. He had read the book by Thomas Mallon on which the opera is based and knew the story had to be told as an opera. Music was the only way to convey its rich emotional complexity.

Interestingly, the composer and librettist, Gregory Spears and Greg Pierce, have captured the tale’s essence by making the music which underscores the homosexual love affair lush, beautiful, and full of expressive texture. The Washington setting where Timothy works as a speechwriter for Senator Potter and Hawkins Fuller, who is lesser, works at the CIA, is abundant in song speech. It evokes DC chatter before social media swung into full gear. Only missing was an ominous musical sense of wicked intentions and tragic outcomes about to boil over.

While the opera begins in a simple meeting on a park bench in Dupont Circle, it quickly moves to a job search. In the workplace, we sense the pressures of women looking for husbands, by now we know in the wrong places. We've been in a bedroom full of the passion of two men.

The women here are dressed by Paul Carey in juicy colors, with spike heels and swirling skirts.  Devon Guthrie as Mary has a rich, evocative soprano. Her lines and those of the two male leads sung by Aaron Blake and Joseph Lattanzi are often are decorated with turns and trills. They are at once beautiful and suggestive of the complicated issues and feelings the characters are trying to express.

The set has three grayish copper slabs in the rear of the stage. These will become a memorial to the people who were ravaged by McCarthyism. Similarly, Washington has listed the names of soldiers who died in the hopeless Vietnam war,  and quilts sewn together in remembrance of people felled by AIDS.

Set designer Victoria Trykun has created pieces of furniture which suggest rooms. Partial walls and even a fireplace are rolled in and out, often as part of the secretarial function. The singers take an opportunity to lighten the levity, kicking up their heels as they push and pull the set.

The seduction in this opera is overt and bold, and yet you do not feel it is gratuitous. It sets us up for the stark contrast with a betrayal that is to come.

The American Composers Orchestra under George Manahan provided a sensitive and complex rendition of the score. At the start, when the composer underlines the singing with thick harmonics, it was sometimes difficult to hear the voices. This is in part a problem of the Gerald Lynch Theatre, where microphones were placed at the rim of the stage, but might better have been placed on bodies. When there are floods of words coming out, you want to understand them.

I lived through the deaths of two friends who were driven to suicide as they tried to hide their love lives from society’s radar. Opera is the perfect form to remind us that this love does exist. When it is warped by social norms, the human consequences can be horrendous. Sterling Zinsmeyer knew this when he put together the new opera. The composer and librettist have risen to the occasion in the story and music. Certainly the audience at the premiere welcomed this new and dramatically produced reminder.