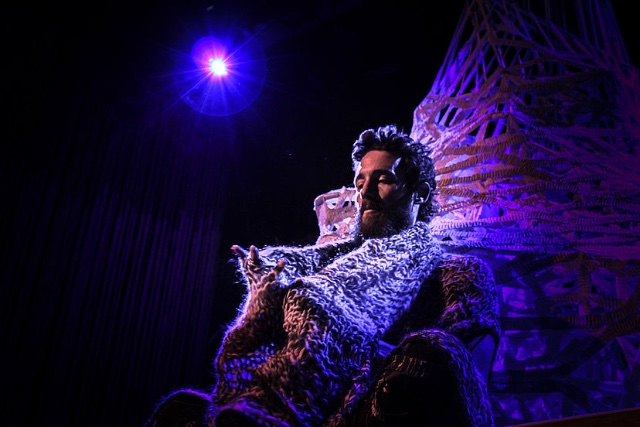 Wide Slumber at the Prototype Festival 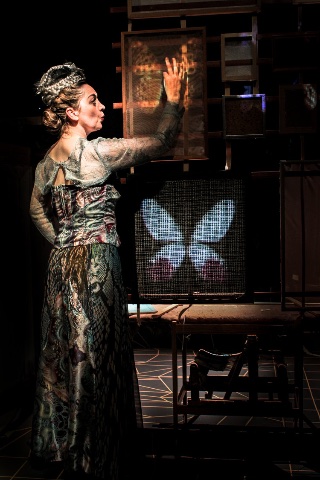 Various productions of Wide Slumber are used in the following images. 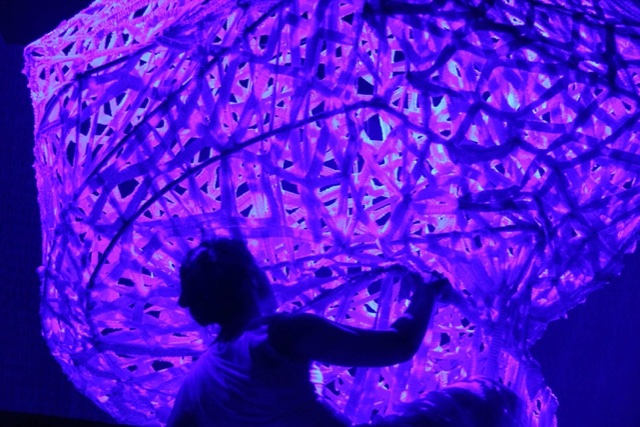 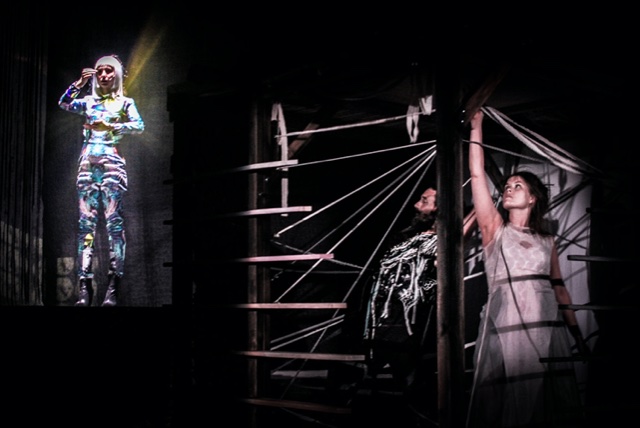 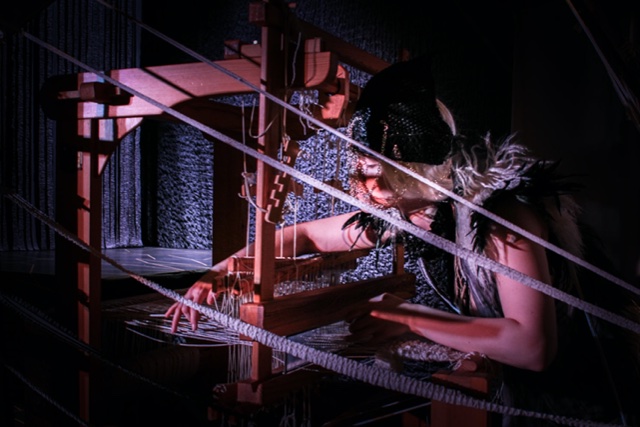 Trapped, as a butterfly. 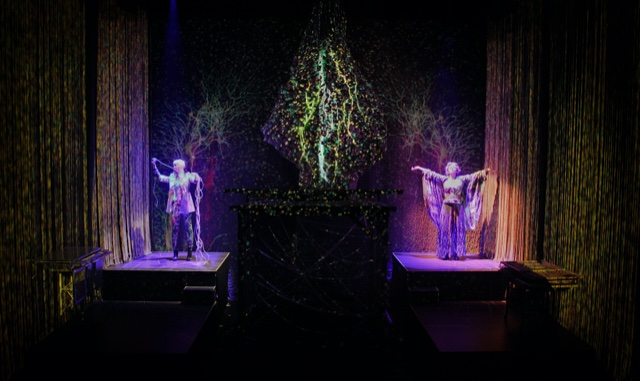 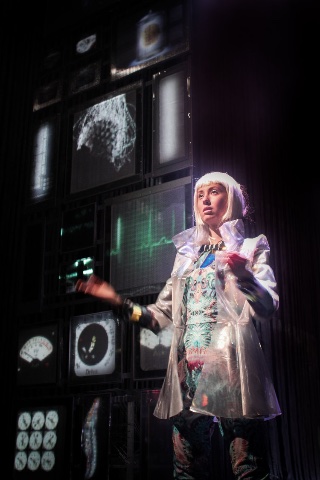 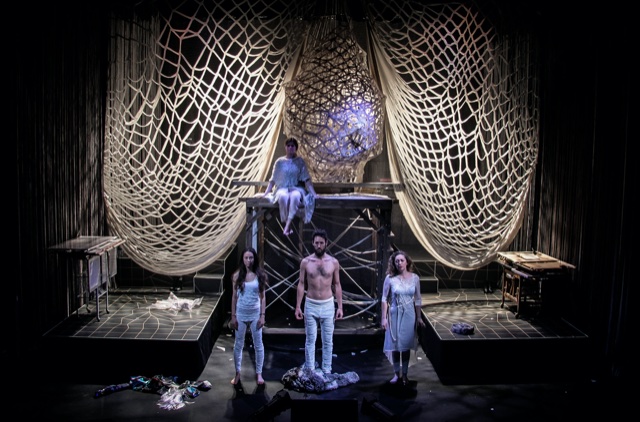 The operatic version is also large. Three singers lead us through the cocoon-like coming of sleep. They then take us to the chaotic world of dream. Both poet and composer elaborate their journey with comparisons to the development of butterflies and moths from egg to winged creatures.

The voices in the work have very different textures. Alexi Murdock is called an acoustic troubadour. He has hit Rolling Sone’s top ten list.  His tones have haunting beauty. Sasha Siem has a plainer edge which captivates.  She strives to sing in healing frequencies.

Asgerdur Juniusdottir, mezzo-soprano, has appeared as a singer and actress in Iceland and abroad. An exceptionally rich mezzo, she has sung Carmen, but prefers to spend her time in contemporary music. What a treat, this chesty voice. For a moment, I thought  I was listening to the colors of Ewa Podles.

The visuals are apt, a folded sheet, the cramping of capture thick black boxes that disturb and entrap.

The science dip is in dream, but also in the life cycle of moths and butterflies. Vlademir Nabakov was obsessed by them, and has written of their attractions. “I confess I do not believing time. I like to fold my magic carpet, after use, in such a way to superimpose one part of the pattern upon another in the highest enjoyment. When I stood among rare butterflies and their food plants…this is ecstasy, and behind the ecstasy is something I cannot explain. It is like a momentary vacuum into which rushes a sense of oneness with sun and stone..the contrapuntal genius of human of  human faith or the tender humming."

"Hush-a-hoo, lush-a-hoo" starts the piece, and we then move through tunneled noise and lovey cello lines. The world of lepidoptery is lofted.

The artists were joined in the project by scientists from a London sleep lab. Science and music have inspired in tandem. Tanglewood’s Michael Gandolfi is working on a piece exploring the physicist (and musician) Richard Feynman. Novelist Richard Powers, who admits to being a failed composer, writes about genetic manipulation and music. He also finds real beauty in songs about death, like Mahler’s and Peter Lieberson’s. The butterfly life cycle of course includes death. So does sleep.

Wide Slumber is an addition to our rich heritage in the link between music and science.  It is also full of visual and auditory pleasure. Available at The Prototype Festival through January 16.