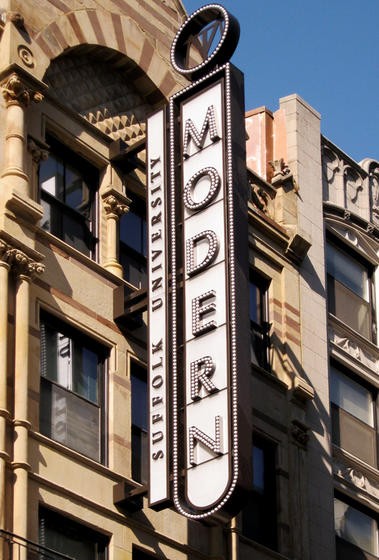 The Modern Theatre on Washington Street in Boston’s Theatre District.

Commonwealth Shakespeare Company presents this performance and panel discussion program, now in its 12th year. “Shakespeare and…the Law” features prominent judges, lawyers, and public officials in a staged reading of Shakespeare’s Richard II. Following the reading, the performers will engage in a panel discussion on the legal aspects of the play, focusing on constitutional issues of federalism and separation of powers.

THE LAST WILL
By Robert Brustein; co-produced by Suffolk University and Commonwealth Shakespeare Company

Feb. 13-24
After decades of struggle and success in London, William Shakespeare retires to Stratford.  His friend and colleague, Richard Burbage, urges him to return to London and resume playwriting. Will longs to find forgiveness and make his final testament but is wracked by illness, suspicion, and resentment and begins to act as if he is a character from his own plays. Directed by Steve Maler, this world premiere concludes playwright Robert Brustein’s trilogy on Shakespeare’s life and work, all premiered by Suffolk University.

VOICES FOR NOW
8 p.m. Thursday, Feb. 28
8 p.m. Friday, March 1
A serious, satiric, affectionate musical journey into the passions of Generation Y: hopes hit hard by recession and debt, hooked on social media, yearning for meaningful work and love. Featuring songs by some of America’s top musical theater artists, Voices for Now is conceived and directed by Marilyn Plotkins with musical direction by Scott Nicholas and presented by the Suffolk University Theatre Department.

TO KILL A MOCKINGBIRD (1962) with special guest MARY BADHAM

6 p.m. Monday, March 18
At age 10, Mary Badham played Scout Finch in the beloved 1962 film To Kill a Mockingbird and was nominated for best supporting actress. Following a screening of this classic, Badham will talk about her adventures while making the film and her long and intense friendship with Hollywood legend Gregory Peck, who portrayed Atticus Finch, her character’s father. Presented by the Suffolk Cinema Series, a program of the Communication and Journalism Department

How much can one man take? Shakespeare presents us with the tribulations of Pericles, whose journey involves a series of surprises and challenges that would test even the most resilient of men. Directed by Allyn Burrows, Pericles explores the fullness of life and the grace of humanity.

SHAKESPEARE AND LEADERSHIP
May
Modeled after “Shakespeare and…the Law,” this staged reading of Macbeth features renowned Boston business leaders. They will follow up their performance with a panel discussion examining the play’s themes of loyalty and the transition of power. Presented by Commonwealth Shakespeare Company.

Tickets are available online at www.moderntheatre.com or by calling 800-440-7654. The Modern Theatre at Suffolk University is located at 525 Washington St. in Downtown Boston.

The Modern Theatre at Suffolk University is the newest performance space in the Washington Street Theater District. The grand facade of the historic theater, Boston’s first designed specifically for showing movies, has been painstakingly restored and reconstructed as part of the Modern Theatre and residence hall development. Inside, an intimate jewel-box theater showcases central design elements that are a modernization of some of the most distinctive historic features of the 1914 theater.  The state-of-the-art, 185-seat venue is ideal for live performances, conversations, readings and film screenings and promotes excellence and innovation through all of its programming. For more about these and other programs at the Modern visit: www.moderntheatre.com