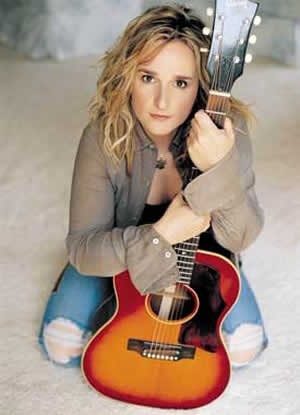 Melissa Ethridge will appear at Tanglewood. 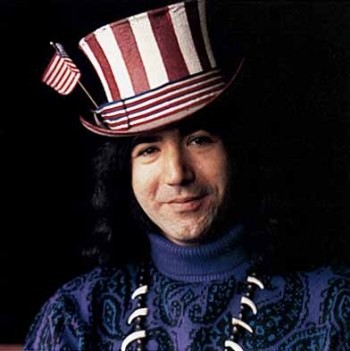 The merry prankster Jerry Garcia will be celebrated by the Pops. 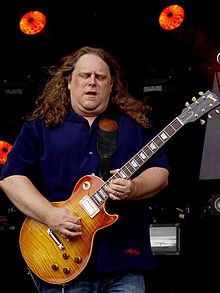 Grammy- and Oscar-winning American rock singer-songwriter Melissa Etheridge has been added to the Tanglewood 2013 line-up, bringing her mixture of personal lyrics, pop-based folk-rock, and smoky vocals to the Shed on Friday, June 21, 2013, at 7 p.m.

Tanglewood will also present the Jerry Garcia Symphonic Celebration, a new symphonic project celebrating American musical icon Jerry Garcia, featuring Warren Haynes with the Boston Pops under the direction of Keith Lockhart on Saturday, June 22, 2013, at 8.30 p.m. in the Shed. This ground-breaking orchestral adventure will feature new orchestral arrangements of Jerry Garcia’s storied original compositions as well as classic interpretations of timeless standards that were hallmarks of Garcia’s shows. Powerhouse vocalist and guitarist Warren Haynes (The Allman Brothers Band, The Dead, and Gov’t Mule) will collaborate with the symphony, lending his soul-soaked, introspective blend of rock, blues, R&B, and jazz to Garcia’s masterworks.

Melissa Etheridge has been a core Island Records artist since the release of her critically-acclaimed eponymous RIAA double-platinum debut album. For several years, Etheridge’s popularity built around such memorable songs as “Bring Me Some Water” (from her debut), “No Souvenirs” (from Brave And Crazy) and “Ain’t It Heavy” (from Never Enough), for which she won her first Grammy for Best Female Rock Vocal. Etheridge hit her commercial and artistic stride with her fourth album, Yes I Am, featuring the massive hits “I’m the Only One” and “Come to My Window” a searing song of longing that brought her second Best Female Rock Grammy. The album went six times platinum and spent more than two-and-a-half years on the album chart. Her highest charting album, Your Little Secret (#6 on the Billboard Top 200), included the hit single, “I Want to Come Over”. Her astounding success led Etheridge to receive the Songwriter of the Year honor at the ASCAP Pop Awards in 1996, and the Academy Award for Best Original Song in 2007.

Jerry Garcia (1942 - 1995) created an unparalleled legacy across the American landscape, most notably in his role as a founding member, singer, songwriter, and lead guitarist of the Grateful Dead. Garcia’s unmistakable guitar tone enchanted multitudes of “Deadheads” throughout the band’s 30-year career and beyond. His work with the Jerry Garcia Band, Old and in the Way, Legion of Mary, Garcia/Grisman and projects with Merl Saunders only scratch at the surface of his musical influences as he set out to master the Great American Songbook. Unequivocally devoted to the craft of music, Garcia continues to inspire future generations through the body of work he has left behind and his creative spirit.

Warren Haynes is a highly accomplished American rock and blues guitarist, vocalist and songwriter. Haynes is best known for his work with The Allman Brothers Band and Gov’t Mule as a founding member; he has released three solo albums, seven albums with The Allman Brothers and sixteen studio and live releases with Gov’t Mule. Haynes has accumulated stacks of accolades for his efforts, ranging from Grammy wins and nominations to his ranking at number 23 on Rolling Stone’s list of “100 Greatest Guitarists of All Time”. Haynes has played New York City’s historic Beacon Theater nearly 300 times, more than any other artist. A wide range of stars including Garth Brooks, Gregg Allman, Phil Lesh, Little Milton, John Mayall, George Jones, Derek Trucks, Susan Tedeschi and Buckwheat Zydeco have recorded his songs in addition to the twenty-five songs he wrote for The Allman Brothers Band. Haynes is a major supporter of Habitat for Humanity, a charity that builds housing for the disadvantaged. Each year he organizes his annual “Christmas Jam” benefit for Habitat in his hometown of Asheville, NC, which to date has raised well over one million dollars. This year the “Christmas Jam” will celebrate its 25th Anniversary concert in December.