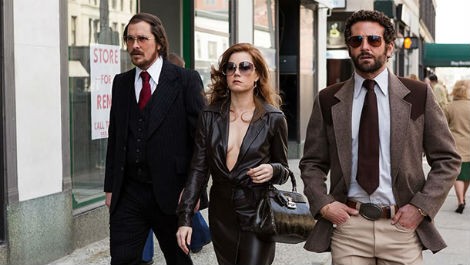 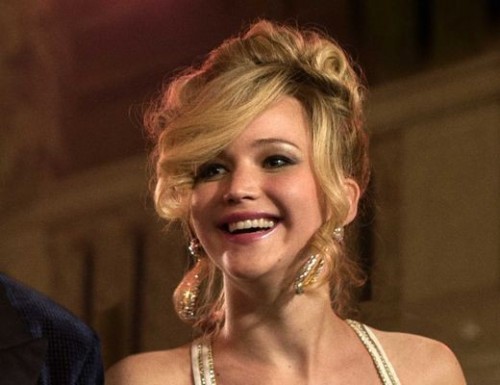 Good odds for Jennifer Lawerence to pick up her second Oscar in two years. 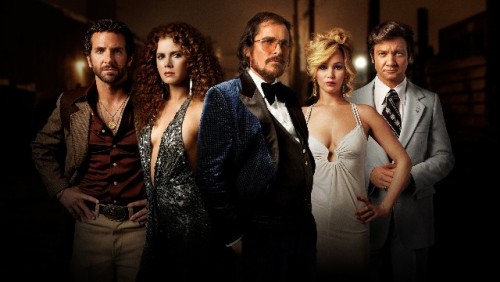 The fine cast of American Hustle. 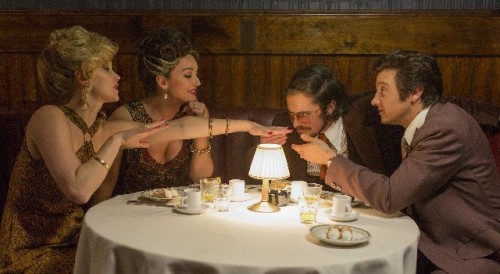 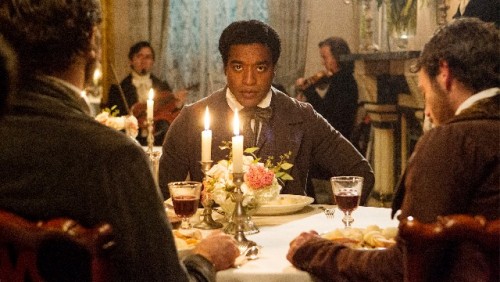 In 12 Years a Slave a freeman is sold down river. 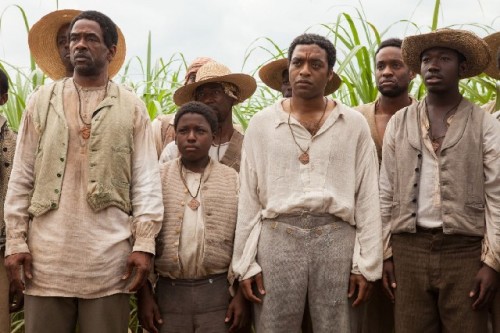 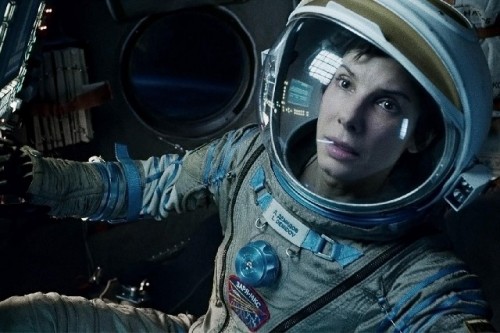 Sanda Bullock is lost in space but the favorite for Best Actress. 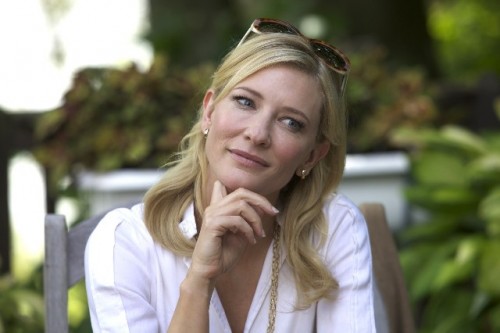 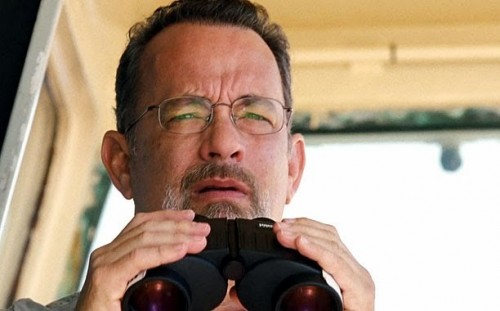 Tom Hanks as Captain Phillips sees trouble on the horizon. 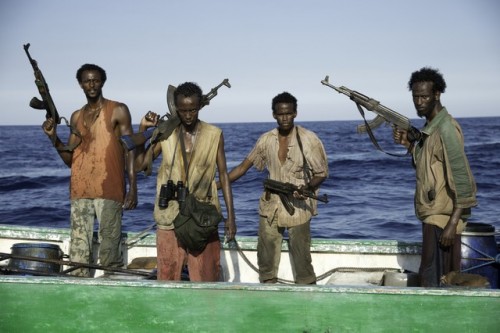 Somali pirates board the ship. 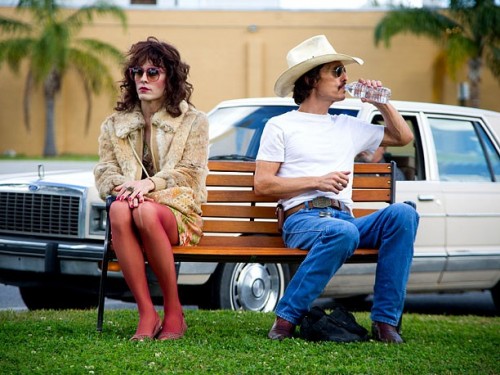 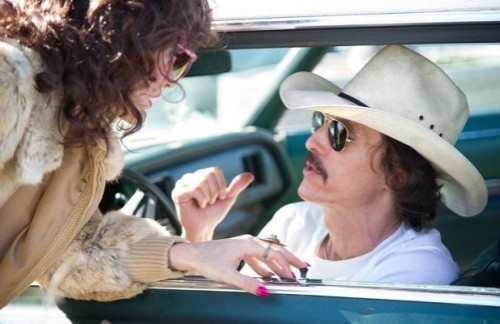 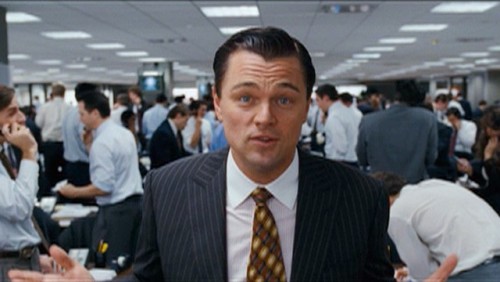 The Wolf of Wall Street. 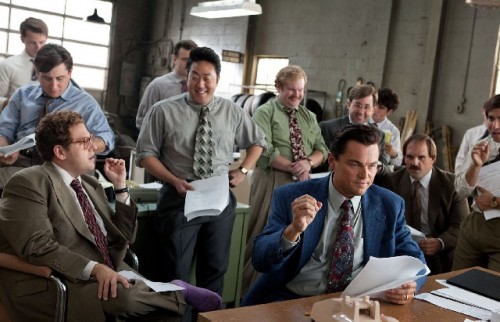 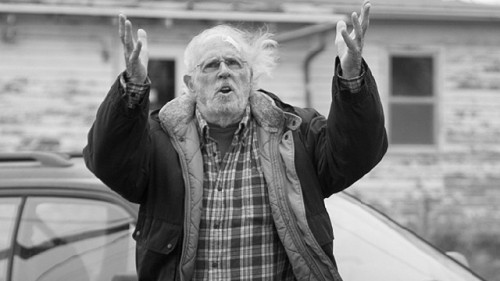 A comeback role for Bruce Dern in Nebraska. 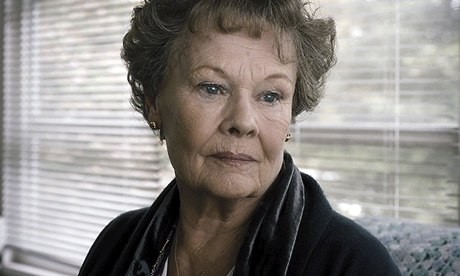 Even in the summer, a generally good time for movies, reviewers speculate that a film is a sure Oscar contender. The Butler was a lock, for example, with nominations for Forrest Whitaker and Oprah Winfrey. The Great Gatsby was rolled out with a gush of hyperbole. The Hunger Games: Catching Fire came and went. Ditto The Lone Ranger with an over the top Johnny Depp! What was that about?

On an off night in New York we took a break from Broadway and saw a dark little nothing of a film Inside Llewyn Davis. Endless double page ad spreads in the New York Times proclaimed it as yet another work of genius by the greatest filmmakers on the planet, The Brothers Coen. It garnered two minor nominations.

Now that all the flacksters and pundits have had their day we consider the final list of nominees.

Overall, it is a very strong field evoking memories of great moments in the dark.

Like millions of other guys I have a wicked crush on It Girl Jennifer Lawrence. I’m pulling for her to take home another Oscar in a supporting role for American Hustle. Wasn’t it cute last year when she tripped on her long skirt while picking up a coveted trophy. And just hilarious when she let her hair down as a guest on late night TV shows. She has all the best elements of drop dead glamour and down to earth humor. The best thing about the so so Hunger Games is the chance to sink into the bottomless pool of her eyes. With awesome co stars she just stole every scene in American Hustle. To be fair, Amy Adams was really really good. How about Bradley Cooper in curlers?

While Leonardo DiCarprio was awesome in Wolf of Wall Street the three hour display of sex, drugs and greed by Martin Scorsese was way too long, self indulgent, and ultimately crappy and boring. Depending who you read or talk to the film was either brilliant or sucked big time. In a field of top contenders it has a one in three chance against 12 Years a Slave and American Hustle.

While 12 Years a Slave provided a much needed history lesson it was lacking beyond shock value. The gratuitous violence, while absolutely and undeniably accurate, too much reminded me of sitting through The Passion of the Christ by Mel Gibson. A point has been made that there have been numerous graphic and violent films about the Holocaust and precious few about slavery. And even fewer, or none, about the genocide of Native Americans. We applaud mainstream films for arousing our social conscience. But films also have to sustain as works of art. For me, 12 Years a Slave was good but not great.

The sense of suspense and terror was credible and palpable in Captain Phillips. We saw the film in Dublin on my birthday. The performance by Barkhad Abdi as the head of a crew of Somali pirates was just astonishing. His duets with Tom Hanks were among the most riveting and terrifying of the year. Given that Abdi is an unknown in a one off role he is a long shot for an Oscar. For my money they provided the finest performances in the best film of the year. It took several pints of Guinness and a rousing Irish band to wash away the horror after that film.

Word of mouth led us to Dallas Buyers Club which was winding down a too short run in the Berkshires. Wow. It’s been a career year for Matthew McConaughey who after faint praise is being recognized as one of the truly fine actors of his generation. I just loved his cameo in American Hustle. As a rail thin, deadbeat cowboy, apparently straight and even homophobic but dying of AIDS, he turns in the performance of a lifetime. The role makes him the front runner for best actor. Jered Leto, his transvestive co-star, is the one to beat for Supporting Actor. Yes, this is another social consciousness film but one with depth, discovery, transformation and complexity.

The odds makers are focused on Sandra Bullock as Best Actress for Gravity but I found the film and her performance too claustrophobic. Which is precisely why it is being praised. Much is made of the physical challenges of the role augmented by state of the art special effects. And, yes, George Clooney who is literally lost in space. As a Hollywood insider she has the best odds with Academy voters.

Bullock has some competition from Amy Adams and her cleavage. For me the outstanding female performance of the year was a heart wrenching Cate Blanchette in Blue Jasmime a better than usual Woody Allen film. He is known as a director who doesn’t direct. He’s more like a great chef combining the best fresh ingredients. In a remake of Blanche DuBois in Streetcar Named Desire he just turned on the camera and Blanchette delivered a galvanic three hanky performance. Judi Dench was her usual fine self in the slight Philomena. With her 18th nomination Meryl Streep rounds out the field with August: Osage Country which critics have dismissed as a better play than film.

We have yet to see Her or Nebraska. In the latter film the lead performance by Bruce Dern has earned him a nomination for a role being treated as a comeback.

With a three way race between 12 Years a Slave, American Hustle and Wolf of Wall Street the films with the most nominations expect a lot of hype between now and Oscar night.

Here are our predictions:

"The Wolf of Wall Street" | Review

“The Act of Killing”

“Cutie and the Boxer”

“Karama Has No Walls”

“The Lady in Number 6: Music Saved My Life”

“Her,” William Butler and Owen Pallett

“Happy” from “Despicable Me 2”

“Room on the Broom”

“Pitääkö Mun Kaikki Hoitaa? (Do I Have to Take Care of Everything?)”

“All Is Lost,” Steve Boeddeker and Richard Hymns

“The Hobbit: The Desolation of Smaug,” Brent Burge

“The Wolf of Wall Street,” screenplay by Terence Winter

“Her,” written by Spike Jonze