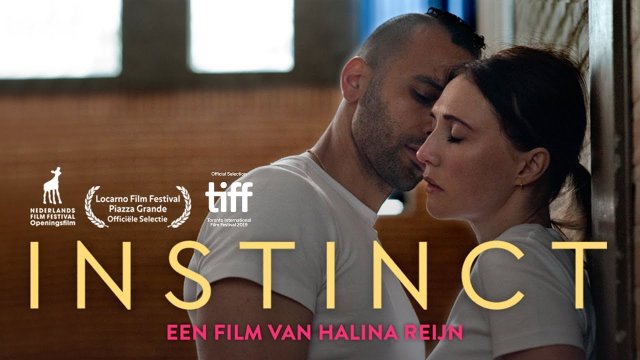 I had the opportunity, in 1987, to interview him here in Palm Springs, at the now Regal 9 theatres, then known as the Courtyard Theatre, during the screening of his Oscar submitted 1987 drama.  I told him he was going to win the Oscar for “Character”.  He thanked me, but demurred on my prediction, however,  it did win.  It just had Oscar winner look written all over it.

This year another Dutch film is in the Oscar hunt.  It is a powerful, psychological, provocative thriller called “Instinct”.  It’s set in a prison where a newly arrived, experienced psychologist Nicoline, (rivetingly played by Carice van Houten) is assigned to the case file of serial sex offender Idris (a clever psychopath scarily portrayed by Marwan Kenzari).

After five years of treatment, Idris is about to be granted his first unaccompanied probation. While his team of therapists are enthusiastic about his progress, Nicoline’s instincts tell her not to trust him.  When she attempts to block his probation, he begins a campaign to convince her of his good intentions, but slowly and surely he demonstrates the frightening manipulative behavior she saw in him from the beginning.

A power play now emerges between these two “adversaries” and, in spite of her knowledge and experience, Nicoline finds herself in a trap of her own making.  As an audience member one will find themselves thinking why doesn’t she just ask to be reassigned or transfer all together to a new facility if she feels threatened or in danger?  Well, if all screenwriters and directors thought this way, we wouldn’t have many thrillers to scare the be-jeepers out of us, now would we?  ‘Don’t go down that dark alley it’s 3 AM’.  But of course they always do.

Marwan Kenzari as Idris, is chillingly accurate in his portrayal as a serial sex predator whose soft- speaking, low key performance belies the rage seething inside him.  Psychopaths must always get their own way or they rebel in punishing ways.  The deliberate slow measured pacing by director Heijn heightens the tensions of all – both actors and the audience – in this impressive thriller from the Netherlands.  Check the 92nd Oscar Nominations List announcement when it come out on February.  I wouldn’t be surprised to find “Instinct” on the Oscar short list for foreign films come February 9th.