Jennifer Zetlan is a Force of Nature 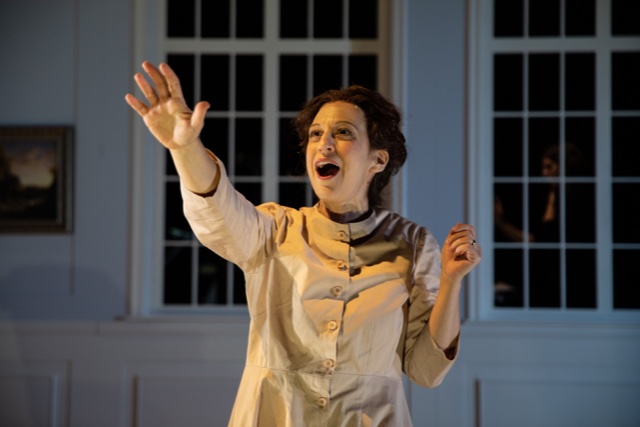 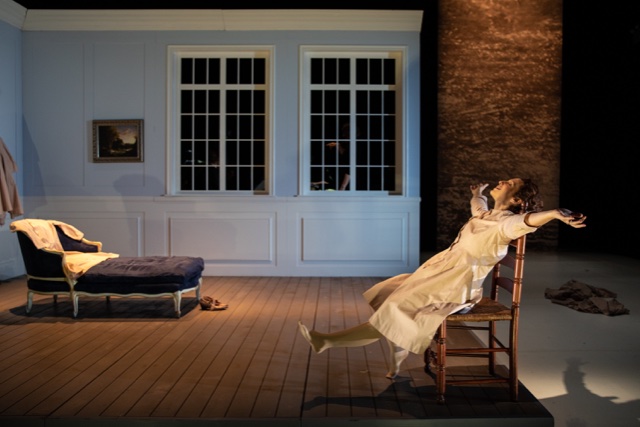 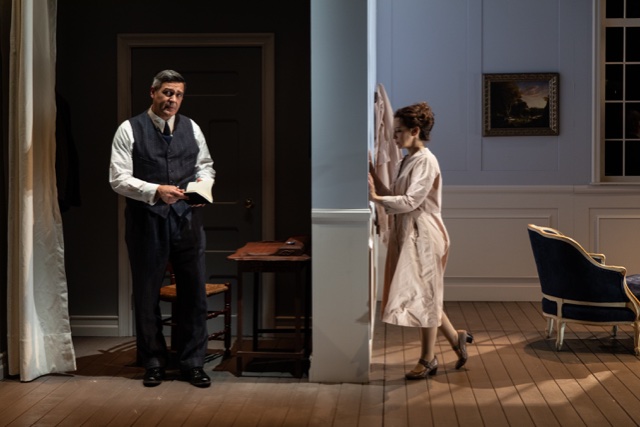 Jennifer Zetlan gets a full opportunity to display her extreme force of nature in voice and acting in Ricky Ian Gordon’s Ellen West. The work premiered at Opera Saratoga last summer.  Cast changes have been made.  The distinguished Nathan Gunn takes on multiple roles. He is featured as the doctor, based on Ludwig Binswanger who wrote the classic case study of his patient whose pseudonym was Ellen West.

One opportunity is missed here. West’s husband “Karl” lived at the sanitarium for the three months Ellen resided there.  He became close to the doctor.  A cello player, he played Beethoven with Biswanger at the piano.

The composer focuses on Ellen.  He follows closely the poem of Pulitzer Prize winner Frank Bidart.  The poetl was close to Elizabeth Bishop and Robert Lowell.  He is inspired by Lowell’s use of punctuation to achieve his ends. His work is described as pinning words to paper.

How does pinning words to paper translate into launching them in the human voice?  We are not sure.  In the work, composer Gordon’s characteristic lyricism and song building is less apparent than the anguished leaps and harsh sounds Ellen in pain and desperation utters.

Director Emma Griffin reports adding two figures to the tone poem, a male and female dancer.  While dopplegangers have been everywhere apparent in the 2020 Protoype Festival of which this is a part, here they serve another purpose.  When Ellen describes being repulsed by a couple who are obviously having sex and then eating dinner, we see them having dinner on stage. They often act out scenes that are described.

Ellen gets in and out of her mauve dress throughout the show.  Some have portrayed this as a representation of multiple personalities.  When she puts on multiple garments all at once and appears as fat as she thinks herself to be, these dresses worked best.  They are the layers of her skin.  In the end, the male dancer crawls across the path they form as they lie on the stage floor leading to darkness. It is as though each layer were being squashed to death.  Ellen, after three months in the sanitarium, kills herself quickly. The doctor told Karl to watch her.  An existential case is made here for a human’s right to decide to end it all.

Gordon’s music is light and often lovely. The lines may precede the start of the voice singing, and linger for a moment afterwards when the person stops.  Yet underneath, or in accompaniment as she sings/talks, the notes mirror the rhythm and line of the singer.  This makes the music accessible, but sometimes thin.

In a post opera discussion, the principals and artists talked about the work.  Following Bidart, they have tried to create multiple points of view on character and situation.  Perhaps on closer examination, this works, but in the current production, despite the superb performances of Zetlan and Gunn, it is difficult to see the point that Gordon was drawn to.  That is, we all struggle to be who we really are.