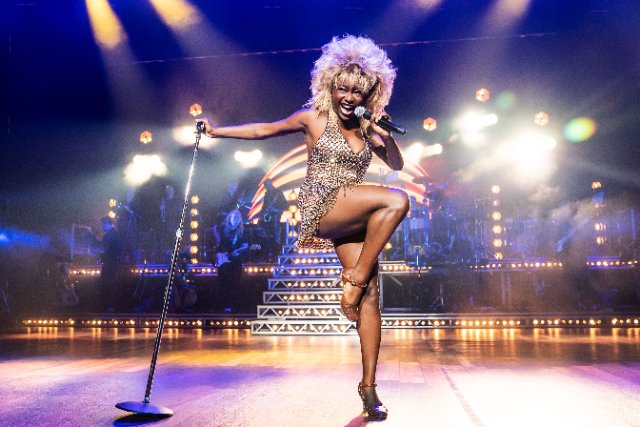 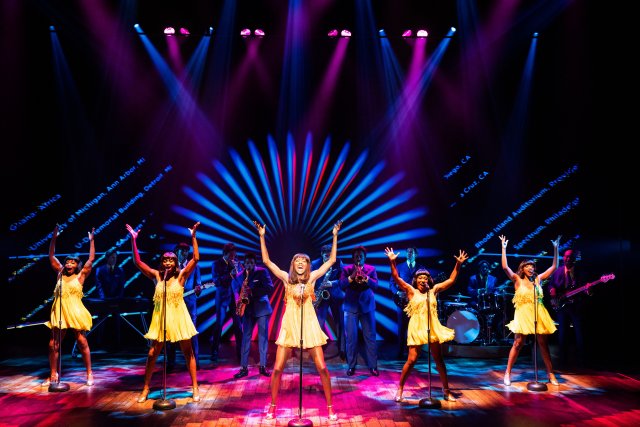 Photo courtesy of Broadway Across America The cast of an equity national touring production of Turner: The Tina Turner Musical performs a number from the show.

Tina Turner reportedly said that she summoned her “Inner Lion” to make it through various challenges.

Certainly, the renowned performer’s fierce inner strength, fire, and indomitable will to not only survive but thrive is on full display in Tina: The Tina Turner Musical. It is the Tony Award-nominated musical biography of the “Queen of Rock and Roll’s” life.

The stirring and riveting jukebox musical concluded its Broadway run in August. Now, it is traversing the U.S. in an entertaining and moving equity touring production. It launched in September 2022, and is playing at Ft. Lauderdale’s Broward Center for the Performing Arts through Jan. 29.

While experiencing the show, you hear songs that made Turner famous. In addition, you witness how Turner overcame obstacles such as racism, sexism, ageism, and other emotional as well as physical abuse to achieve the feats that she did.

During a time when the world faces adversity in so many areas, it is refreshing to experience this inspiring and invigorating tale of indomitability and mental toughness.

Appropriately, the show begins and ends at the height of her career. Specifically, the 83-year-old Turner, whose real name is Anna Mae Bullock, performed in Brazil in 1988 in front of a sold-out crowd of 180,000 people. It was the largest paying concert audience for a female audience. It placed her into the Guinness Book of World Records.

Unfortunately, the beginning of the show can seem confusing. We hear what sounds like a ritualistic chant. Also, we see people moving in slow motion while carrying chairs. While you might wonder what is happening, it all looks and sounds theatrical and mesmerizing.

In fact, the show begins moments before the concert in Brazil. Tina and others are chanting a Buddhist chant. Essentially, it is a pledge to never to yield to difficulties and to win over one’s suffering.

“Chanting helped me to go within myself and open deep sources of happiness and wisdom in my own heart and mind,” Turner once revealed.

Amid the ritualistic movement, chanting, and vivid projection clips, Turner enters her past. Specifically, the musical flashes back to 1950 in tiny Nutbush, Tennessee. There, we learn that the woman whom others would later crown as the “Queen of Rock and Roll” rose from humble beginnings. And obstacles filled her road to royalty. Librettists Katori Hall, Frank Ketelaar, and Kees Prins hold little back while revealing the ugliness that Turner endured on her way to the top.

In our #MeToo age, it is hard not to gasp in pain and recognition as we watch Turner’s husband, Ike, repeatedly beat her physically and emotionally. Indeed, during the reviewed performance on opening night, one could hear such vocal reactions of discomfort from audience members as they witnessed the abuse. At one point, we can see blood on Turner’s face. By the way, the fight direction is by Sordelet Inc.

Also, with racial tensions high today, one scene in particular is tough to watch. In particular, in between gigs, Turner and her fellow Black performers are searching for a place to stay in Mississippi. At one establishment, motel management refuse to accommodate them because of their skin color. Shortly after, two white police officers and two other white local men approach. They intimidate the group. In fact, one of the men uses the “N” word. Surely, while witnessing such moments, it is hard not to think about the many encounters between white police officers and African Americans that ended in tragedy.

While audience members audibly gasped during such uncomfortable moments,  they cheered when Turner fought back with words and even her fists after enduring physical abuse.

Credit director Phyllida Lloyd for keeping uncomfortable and dark moments in the show. They help tell a balanced and honest story. Also, perhaps seeing and hearing the abuse can move audience members to action after they leave the theater. In addition, having witnessed the ugly moments, we feel a greater sense of triumph for Turner during the show’s high moments. Under Lloyd’s expert direction, these celebratory moments pulsate with pizazz. And they contrast markedly from the darker scenes.

Audience members can expect to hear some of Turner’s greatest hits. They include “What’s Love Got to Do With It,” “Rolling on The River,” “River Deep – Mountain High,” “Be Tender With Me Baby,” and “I Can’t Stand the Rain.” After the show officially ends, do not leave; Turner and Co. have more in store for you.

Credit librettists Hall, Ketelaar, and Prins for ordering the songs in such a way that they make sense within the context of Turner’s story. The show is not a concert of haphazardly arranged hits. Nor is it a “tell-all” account. Rather, the show tells a true, focused tale. The show’s creators infuse it with emotional depth and vitality.

Of course, any production of Tina: The Tina Turner Musical requires a strong lead actress to portray the titular character. Fortunately, this equity touring production includes at least one sparkling star in Naomi Rodgers. She is the actress who played Tina during the reviewed production on opening night. Rodgers alternates in the role with Zurin Villanueva.

Rodgers, with dark eyes shining as brightly as a supernova, flashes a wide, radiant smile. Also, her powerful, pleasant-sounding, and expressive voice fills the air.  In addition, the performer’s vocal range is impressive. She can hold a note for an extended amount of time, and she possesses great stage presence.

Rodgers infuses Turner with endless charisma, unbridled enthusiasm, and dogged determination. It sounds and looks as though nothing can defeat her. This fast-moving, fast-talking actress convincingly conveys a wide variety of emotions, seguing seamlessly from one to another. While Rodgers does not mimic Turner, she captures her essence.

Meanwhile, Garrett Turner, as Ike, is as ferocious as a starving wild animal. Turner imbues his character with an unpredictability, explosiveness, and viciousness that is scary to watch (think Stanley Kowalski).

To his credit, Turner also believably conveys the vulnerability lurking beneath the character’s rough exterior. When Ike apologizes to Turner, we hear genuine pleading escaping the actor’s voice. At one point, his desperation brings him to his knees and he practically crawls to Turner, begging her not to leave him.

Other cast standouts include Roz White as a protective and stern Zelma, Turner’s mother; Lael Van Keuren as a devoted Rhonda Graam, Turner’s personal assistant and friend; an excitable yet natural Zachary Freier-Harrison as Roger Davies, Turner’s manager; and an enthusiastic yet poised Ayvah Johnson as Young Anna-Mae.

Behind the scenes, Mark Thompson’s realistic-looking set design, as well as his sparkling costumes, reinforce the glamorous parts of the show.

It is easy to hear and understand the actors. That is a credit not only to them and the director, but sound designer Nevin Steinberg’s work.

Jeff Sugg’s projection design suggests that the show is moving through the decades (the show covers 38 years, from 1950 to 1988).

For part of the show, Turner sports what looks like a wig. It resembles a lion’s mane. Certainly, this is appropriate for a person who summoned her “inner lion” to endure and overcome many obstacles on her way to stardom.

The equity national tour of Tina: The Tina Turner Musical runs through Jan. 29 at the Broward Center for the Performing Arts, 201 SW 5th Ave. in Ft. Lauderdale. For showtimes and ticket prices, go to https://www.ticketmaster.com/artist/2383230?venueId=106543&brand=broward&camefrom=cfc_broward_web. And for tour information, including future venues, go to https://www.broadway.org/tours/details/tina-the-tina-turner-musical,1404.