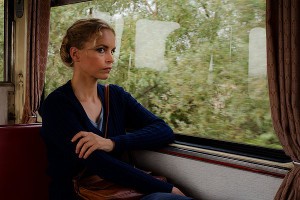 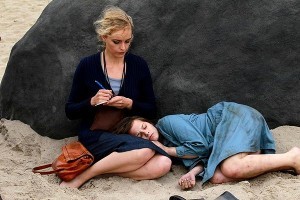 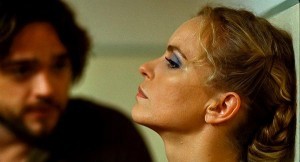 An adventure spy thriller was featured during the annual festival.

When spy or suspense thrillers from Germany are released these days, comparisons, no matter how odious, are inevitable.  Germany’s Oscar Winning 2011 Best Foreign Language film “The Lives of Others” is the gold standard when it comes to judging life as it was lived in the German Democratic Republic (East Germany) before the fall of the Berlin Wall in 1989 (although Le Carre’s “The Spy Who Came in from the Cold” is a formidable contender).

Christian Petzold, one of Germany’s finest film directors, presents an insightful drama and character study in his screen story “Barbara”.  It’s a film about the effect of constantly being under suspicion and under scrutiny and how long-term repression plays on a society.

“Barbara” is not a classic spy story.  Instead, we’re dealing with a brilliant East German, Berlin-based doctor in 1980, who has been punished by officials for applying for an exit visa to the West.  As a result, Barbara (Nina Hoss) is reassigned to a small hospital in the provinces off the Baltic Sea.  Here she works under the supervision of Dr. Reiser (Ronald Zehrfeld), and under the constant scrutiny of Shutz, the local Stassi agent (Rainer Bock).   Schutz goes so far as to break into Barbara’s small, drab apartment, at all hours, even going so far as to have Barbara undergo body and cavity searches as a method of humiliating and conditioning her; perhaps, in the hope of finding contraband in the process.

Barbara is coolly played by Nina Hoss, one of Germany’s finest stage actors.  She delivers an aware, but guarded portrait of an individual who knows she’s under surveillance.  She even challenges Dr. Reiser at one point, asking if he is getting his reports on her to Schutz on time.  Reiser, is drawn to Barbara both in a professional manner and is intrigued by her private life.  He sees no man in her life.  Perhaps there is spot for him?

Barbara has a West German businessman boyfriend (Mark Weaschke) who secretly visits her from time to time. Together they plan her escape to the west.  But before that happens Stella (Jasna Fritz-Bauer) a young, orphaned patient, shows up at the hospital suffering and complaining which Dr. Reiser misdiagnoses.  Barbara intervenes, and quickly and correctly diagnoses that Stella has meningitis.  From then on she takes both a medical and a personal interest in Stella – a decision that will alter Barbara’s life forever.

Filmed in color (a departure from films with East German story settings) by Hans Fromm, the colorful North Sea country landscapes belie the grittiness and grime of urban East Germany.  The pacing by Petzold borders on glacial, but that’s not necessarily a detriment.  It affords the viewer plenty of time for introspection as well as those of the characters.  The actors, are all solid in their portrayals bringing a ring of authenticity that is critical in accepting Petzold’s premise: long-term oppression by a police state government is patently life-destroying.

Films from Germany over the last 20 years are still in expiation mode.  As interesting as “Barbara” is, it’s not going to challenge “The Lives of Others” for a flashback look into the dark and repressive period of East Germany’s Stassi/Secret Police era.

Reposted by permission of Jack Lyons and Desert Local News.