A Special Project of Preservation and Imagination 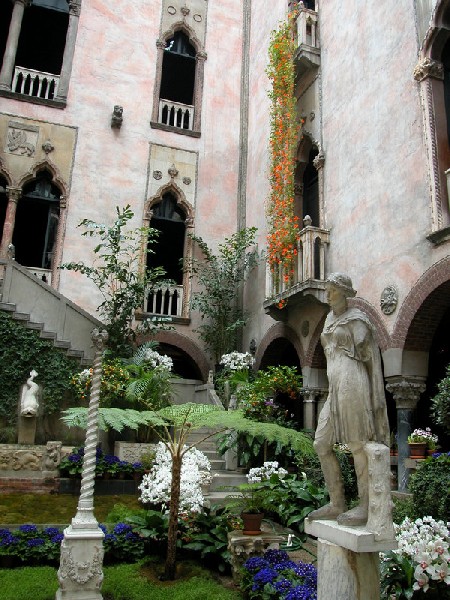 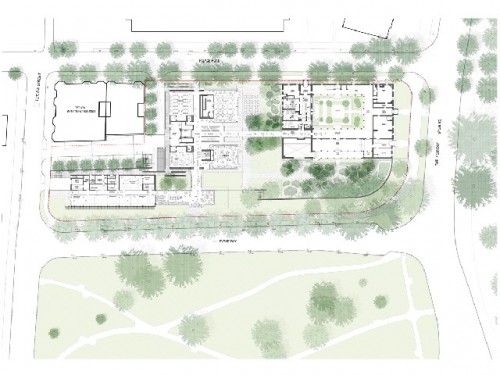 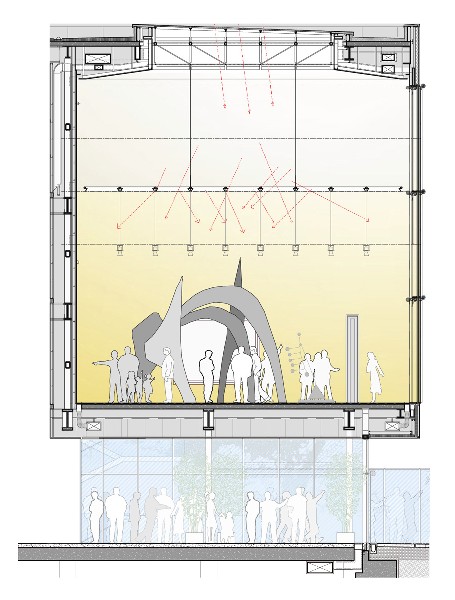 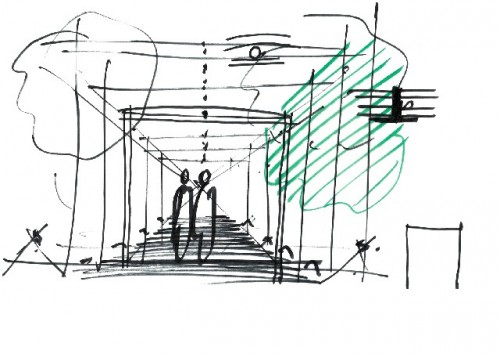 "Look at the light coming through the window. It is Venetian light," pointed out a smiling Renzo Piano as he stood in the Tapestry Room at the Isabella Stewart Gardner before a crowd of dignitaries (including Boston Mayor Thomas Menino), project team members, museum staff and reporters. He described the need to preserve and renovate the existing Gardner Museum, a truly special place, and the creation of the new additional structure behind the historic Italinate palace.
Piano stressed that this was not an expansion of the existing wonderfully designed and constructed palace. The design provides an extension of the ability of the museum to program better and enhance elements that needed to be technically corrected in the existing building. He singled out acoustics for musical performances as a major area of improvement. The distinguished Pritzker Award-winning architect is perhaps the pre-eminent museum designer in the world.
Anne Hawley, the Norma Jean Calderwood Director of the Gardner has said, "Renzo Piano has responded to the Museum's need for functional spaces by creating a conversation with Isabella Gardner's Museum. His answer is the working home for the arts."

Renzo Piano was born in Genoa, Italy in 1937. His family was involved in building and construction. Piano graduated from the Milan Polytechnic in 1964. In 1971, he founded the Piano & Rogers studio. Together with Richard Rogers, he won the competition to design the Centre Georges Pompidou in Paris. In 1981, the architect established the Renzo Piano Building Workshop. It has offices in Genoa, Paris, and New York. His work has been greatly honored including the Pritzker Prize (the highest honor for an architect roughly equivalent to the Noble Prize), RIBA- Royal Gold Medal, Medaille d-Or, UIA, the Erasmus Prize, and recently the Gold Medal of the American Institute of Architects.
Besides the Pompidou Centre, Piano's projects include The  Modern Wing of the Art Institute of Chicago, the expansion of the High Art Museum in Atlanta, the renovation and expansion of the Morgan Library and Museum in New York, the California Academy of Sciences, San Francisco, The Menil Collection in Houston, Texas, The Nasher Sculpture Center in Dallas, The Beyeler Foundation Museum, Basel Switzerland, and the Zentrum Paul Klee, Bern, Switzerland. Currently, he is also involved in a renovation and expansion of Harvard University's Art Museum which is scheduled to be completed in 2013.
Piano's mantra for the Gardner Museum is Preservation and Imagination. The Preservation is for the existing structure. This is to structurally and materially establish the century old, beloved structure for centuries to come. The Imagination is to add to and expand the Gardner Museum to enhance it without taking away from the beauty, quality, and integrity of the original palace structure.
"We are not trying to compete with the beauty of the palace, but we have to provide some magic," says Piano. "The new building may actually be a tool, the instrument, to save the Palace without changing it too much. That this is a fragile creation that cannot survive with its current level of use is one of the conversations that we are having every day. We are talking about an intimate museum that wants to remain intimate."
The Gardner's new wing will relieve pressure on the historic building in strategic ways as well as on the magnificent collection. It will greatly improve visitor experience and continue to preserve and underscore Isabella Gardner's legacy. Mrs. Gardner designed the palace herself with architect Willard Sears. It was constructed in 1902. The newly configured Gardner will open in early 2012. The new structure will be 70,000 square feet for relocated educational and conservation programs, a new gallery space, a concert venue, and living/working quarters for two artists-in-residence. Renzo Piano refers to the connection between the two structures as being an umbilical chord.
The architect is using glass, natural light, and transparency in the new entrance and first floor. This is to give entering visitors a sense of a museum at work. His design gives opportunities to walk through the institutions greenhouses, to interact with the artists-in-residence, and  observe educational classes and workshops. The openness of the space is to encourage meeting, observation and conversation. To add to the visual and visceral quality of the visitor experience, new landscaped gardens, visible from the first floor and most areas, are meant to encourage inquiry and exploration. This will add to the quality of the new entrance as the visitor arrives and experiences the historic structure, galleries, courtyard and overall architecture.
The current attendance at the Isabella Stewart Gardner Museum is about 200,000 a year. When it was opened by Mrs. Gardner, only 2000 people a year came. Approximately 10,000 attend concerts and performances in the Tapestry Room. This space was built as a gallery not a performance venue. To respect the century old structure, Piano has designed the new space to be set 50 feet behind the original structure and to rise no higher than the Palace.
The new Gardner sustainable (with LEED certification) structure will include four volumes clad in patinated, green copper panels that will literally appear to float above the transparent first floor. The new space will also accommodate a 296 seat, in-the-round, performance hall and a 2000 sq. ft special exhibition gallery. The gallery will be naturally lit. The performance hall is designed to have exceptional acoustics. Seating will be configured in three balcony levels surrounding the central performing area. No audience member will be more than 25 feet away from the performers. Thus, the intimate experience of the Gardner will be maintained in the new performance space.
There will also be outdoor seating for a new cafe in expanded garden spaces. Piano has designed new working greenhouses. A series of brick walls extending to the gardens will delineate the space and visually connect the new and old buildings.
In a time of the Great Recession, it is interesting to understand how institutions are raising money to pay for major projects. This Isabella Stewart Gardner Museum Extension and Preservation Project is being funded through a variety of sources including private gifts, foundation grants, corporate donations and tax-exempt bonds. The total cost of this project is $114 Million. Already over $100 Million has been raised.
In 2012, we can all see the results. Mrs. Gardner would probably be very proud.