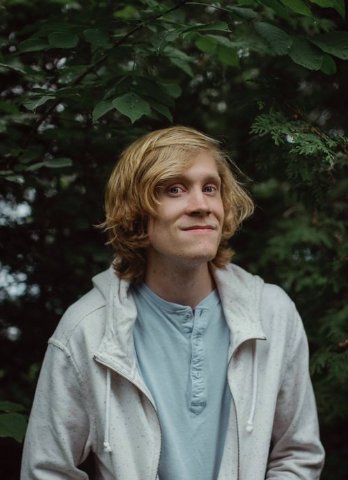 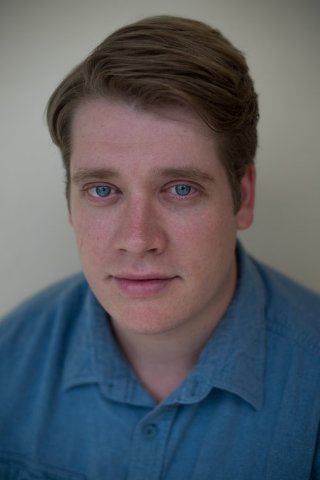 South Florida siblings Andrew and Tim Davis’ creative collaboration began with a competitive streak in April 2011. The pair squared off in a hotly-contested staring competition, which Andrew filmed and uploaded.

Flash forward to today. The brothers Davis’ are on the same team, supporting each other in creative, ambitious goals.

“I joked with Tim recently that we should make a film for every single American county,” younger brother Andrew said. “Unfortunately, there’s not enough time or inspiration for that. We’re starting with where we know.”

In particular, Andrew knows rural Indiana, where he attended college. That's where he set his first feature-length film, Palace, based on experiences at Taylor University in Upland. In December, Palace had its southeastern premiere in Ft. Lauderdale. That followed a premiere at the Heartland (Indiana) International Film Festival.

But you need to look farther west – specifically True West — for the spark behind the brothers’ movie-making business venture.

While they have always had, in Tim’s words, a “creative affinity,” it was the siblings’ parts in a classic play about brothers that moved Tim to want to establish a partnership with Andrew.

In the summer of 2017, Andrew and Tim appeared in Ft. Lauderdale-based New City Players’ production of True West. The play, by the late Sam Shepherd, centers on brothers Austin and Lee. The former, a screenwriter, house-sits for his mother in southern California as he works on a screenplay. Meanwhile, Lee, a shabby drunk, arrives at the house, setting in motion fireworks.

“I was the quintessential bully older brother when Andrew and I were young,” said Tim, New City Players’ producing artistic director. “I was the Lee to his Austin. But then we grew up and became best pals. True West brought us back to something primal in our relationship but also launched us forward as artistic partners.

“Ever since (Andrew) was, like, 16, it’s been in my gut that we would work together one day in a more official capacity. Us doing True West and him about to graduate college just seemed like the right time for me to officially verbalize that to him.”

Specifically, according to their film company’s website, www.onecountyfilm.com, Tim told Andrew, “I wanna start a film company with my brother.”

The elder Davis said those words in the summer of 2017, while Andrew was writing Palace. A year later, they launched One County Film’s LLC.

So, what’s the inspiration behind the film company’s title? It started with a line from True West – “One county’s as good as another.”

As a matter of fact, Andrew’s been contemplating where to live, “coincidentally, ever since we spoke this line in True West,” he said. “I personally wrestle with that, I reconcile that we take our Light and our Demons wherever we go. If you live in the city, the country’s your escape and vice versa.”

To illustrate, Andrew said that “bankable filmmakers have predominantly shot their stories in New York and California for a hundred years and you know what, my eyes are getting sore of the Hollywood Hills. I want more stories from Oklahoma, Wyoming, and Florida. In addition, he mentioned Milwaukee and Memphis as other places where he would like to film.

“One County Film Company exists to take advantage of equipment-democratization and craft geographically diverse American tales. Whether it be through One County or New City Players, our friends deserve opportunities to practice their craft.”

According to a brief synopsis, “The family-fractured lives of a stubborn auto-mechanic, a retired widower, and a repressed college student intertwine at a bar in rural Indiana.

“This cross-generational portrait of life in the cornfields examines familial dissociation, culture-clash, and the pursuit of music, back-dropped by the crackling soil of early spring-time Indiana.”

True, Andrew’s main source of inspiration was “a culmination of my time attending college in rural Indiana. Still, according to his film company’s philosophy, the Davis brothers could just as well, on a whim, decide to film in some unknown area of the country.

“All places matter because all people matter,” the philosophy reads. “Before Palace, no one had ever bothered to shoot a narrative feature film in Grant County, Ind. Everyone deserves to see their backyard on the big screen, and there’s no reason they shouldn’t get to. The technology is democratized and the creatives are hungry.”

Fortunately for South Florida-based creatives, One County Film Company is about to satiate their appetite. Tim and Andrew are making a film titled Pompano Boy. It is set for shooting in Pompano Beach, Fort Lauderdale and surrounding areas.

“This will be a love-letter to Broward County,” Andrew said.

In the movie, “A pastor of a shrinking congregation takes in a foster child,” Andrew noted. “Meanwhile, the young boy’s biological mother fights to walk the straight path and regain custody.

The Davis brothers have been working on the film for a couple months.

“This has been a hard one to crack, but I’ve finally started the actual draft and have a clear conclusion I’m writing toward,” Andrew offered.

Further, he noted the goal is to revise by February in order to apply for grants and start casting.

But even as they’re trying to keep up with a timeline for Pompano Boy, the filmmakers are thinking about future plans for Palace. In fact, Andrew and Tim are waiting for responses from roughly 30 festival organizers.

“At this point, why wait?” Andrew said. “Let’s book screenings in New York, Chicago, Indiana, etc. and market them. I have friends in all those places who want to see it. We may hold another South Florida screening.”

In addition, Andrew noted that education and community screening kits are available. By July, he and his brother will self-distribute on platforms such as iTunes and Amazon.”

As far as audience and critical reception, Andrew said reactions to Palace have been positive.

“People are getting it,” Andrew said. “Ensemble films remind us that, even when isolated, there’s someone next door. Audiences are receiving the universal struggles these cross-generational characters face. Viewers chuckle and empathize, I couldn’t ask for more.

“The success of the Fort Lauderdale and Cincinnati screenings we independently put on were incredible invigorating.’

Also, Andrew said that CineSportsTalk.com raved about the film. To read the review and watch a trailer, click on Palace.

For his part, Tim is optimistic regarding One County Film Company’s future.

“Seeing Andrew pound the pavement, get into festivals, and drum up his own screenings AND find success at it is a sign to me things are only going up,” he said. “I trust my brother as an artist and want to collaborate with him as much as I can. It was a seamless transition from brothers to acting partners. So far, it’s been pretty seamless to go from brothers to business partners.”

By the way, regarding that one-minute, nail-biting short of Tim and Andrew’s staring contest back in 2011? You can view it here.

While work continues with One County Film Festival, New City Players is gearing up for its upcoming production of Lorraine Hansberry’s classic play A Raisin in the Sun, scheduled for Feb. 21-March 10. For details, visit New City Players.