The Road to Mecca by Athol Fugard 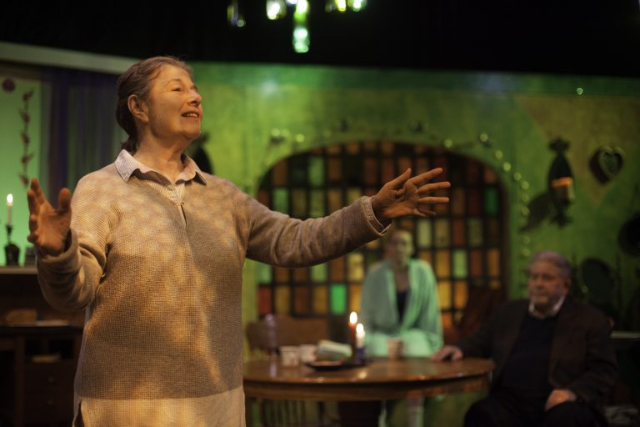 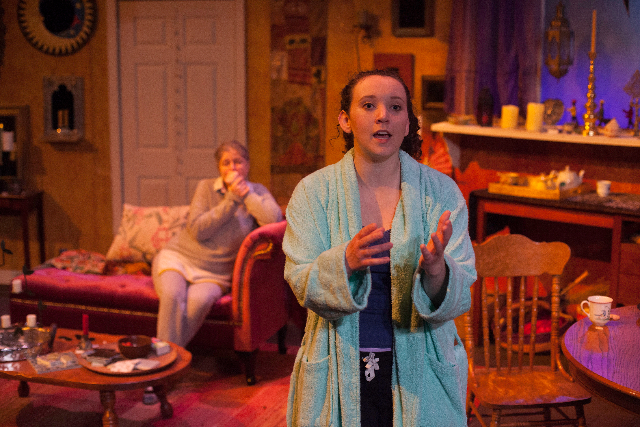 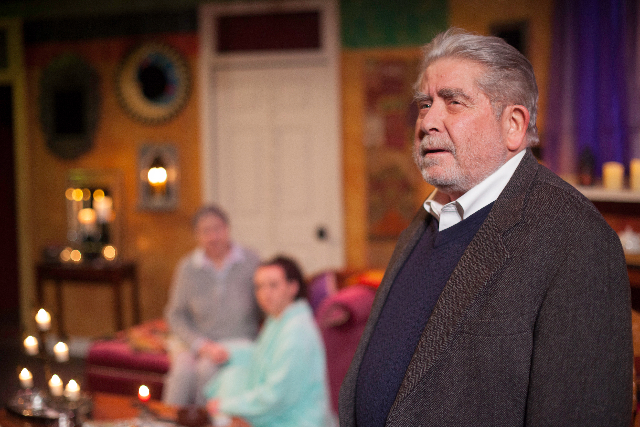 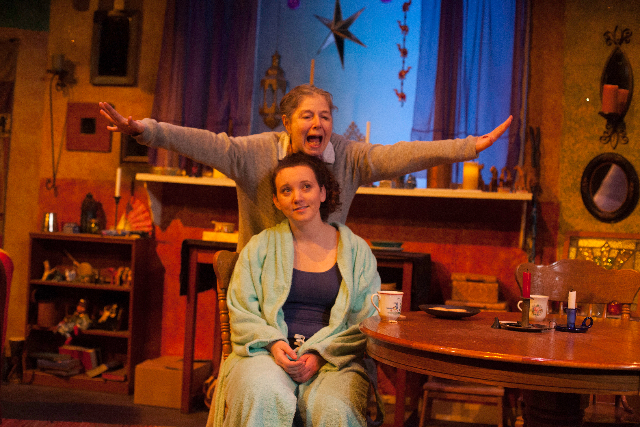 Writing a thoughtful, incisive, and well-crafted review of a play is effortful, time consuming, and intimidating. The writer wonders, “Will I get it right?”. So when a theater critic attends a play without the obligation to produce an analytic essay, he/she can relax and absorb the flow of the drama without having to focus on every spoken word and every element of the production, fearful of missing something significant that others will note. But what if, along the way, the critic realizes that the production is highly deserving and the critic wants to share the experience? So it is with Pear Theatre’s brilliant rendering of The Road to Mecca.

Esteemed South African playwright and novelist, Athol Fugard is noted for plays such as Master Harold…and the Boys, “Blood Knot, Sizwe Banzi is Dead, and the novel made into a movie, Tsotsi. Although Road to Mecca ultimately reached Broadway, the spotty production history of this powerful play is inexplicable, as in the right hands, it is a penetrating drama.

Never one to hide his views under a bushel, Fugard was a force for anti-apartheid for decades, with interracial matters being at the core of his writing. Racial attitudes and treatment are an important but secondary issue in The Road to Mecca, as their situation is discussed, but no blacks appear in the play. The main target is the predominant religion of Africaners, the Dutch Reform Church, and its stultifying effect on freedom of thought. But Fugard cuts a wide swath in a narrow field. In a three person play, he also masterfully incorporates conflicts concerning individuality, independence, equality, commitment, belief, repression, depression, trust, love, friendship, aging, art, and more.

The action takes place in the Karoo, a large central plain in South Africa. Perhaps the best way for Bay Area denizens to understand its geography and character is to think of South Africa as being like California, but with elephants. Capetown plays the part of a composite California metropolis, predominately populated of British blood and more liberal than the Dutch-descended Afrikaners in the farmlands. A coastal mountain range like ours separates the temperate Garden Route (their Central and South Coast equivalent) from the semi-desert interior, the Karoo. And like our socio/politico/religiously conservative Central Valley, so is the Karoo.

Based on a real person known to Fugard, Miss Helen is stunningly portrayed by Diane Tasca. Recently retired as the Artistic Director of The Pear, Tasca reveals exceeding sharp acting instincts. Her reserved and anguished manner reflects the loneliness of isolation and waning life that pulls at the audience’s heartstrings. Her accent and affect absolutely convince. Widowed for 15 years, Miss Helen has resigned herself to a virtually solitary existence, dedicated to fashioning her personal Mecca. Her garden constitutes a nuisance to community standards, cluttered with cement statues of her making, and the interior of her home would make a throwback hippie proud.

A black woman who we never meet drops in on Miss Helen occasionally. The pastor at the local church, Marius, who has known her for many years has recently insinuated himself into her fragile existence. But otherwise, she lacks socialization. However, the springboard to the plot is an unannounced visit from Elsa, who has driven 800 miles from Capetown to spend an overnight. Elsa is a 28-year-old teacher in Capetown who is fighting her own battles with the authorities of received wisdom. Though she was a stranger in the Karoo, meaning that she is of British stock rather than Dutch and not originally from the area, she had spent some time living with Miss Helen. They developed a loving mother/daughter-like relationship. Elsa’s trip was prompted by a letter from Miss Helen in which the latter discloses her condition and prospects, troubling the younger woman.

Briana Mitchell plays Elsa with great skill and vigor – a splendid counterpoint to Tasca. Concerned with Miss Helen’s fitness to make decisions, she is conflicted whether to induce Miss Helen in one direction or let her fall into another. Displaying a strong Afrikaner accent and the severity and moral purpose of a clergyman, Marius is played by John Baldwin with great authority. Baldwin does seem to stumble through a number of lines, especially early in his performance, but hopefully that reflects opening night jitters, as he is otherwise spot on. Elsa and Marius immediately display antipathy toward each other and will clash as would be expected between a free thinker and a moral determinist over an outcome that they contest.

New artistic director Elizabeth (Betsy) Kruse Craig also directs and delivers a superb and totally professional package. Acting is exceptionally orchestrated in every respect, and the staging is exemplary. Her scenic designer, Ting Na Wang’s set of Miss Helen’s interior is a dizzying kaleidoscope of colors and shapes. Big colored glass windows, sparkled walls, mosque lamps, candles galore – a whole world of kitsch in single great room with a sleeping niche. The use of ambiant lighting is subtle overall, but lighting designer Ben Hemmen adds numerous clusters of wine bottles with low wattage bulbs overhead and other tricks that create a striking effect.

The Pear is not one of the better known theater companies in the Bay Area, but based on seeing several of their productions, particularly small cast ones, this reviewer feels recognition is merited as one of the finest small theater groups around.

The Road to Mecca by Athol Fugard is produced by Pear Theatre and plays on its stage at 1110 La Avenida, Mountain View, CA through February 11, 2018.