Maestro at the Duke Theater

Toscanini in All His Glory 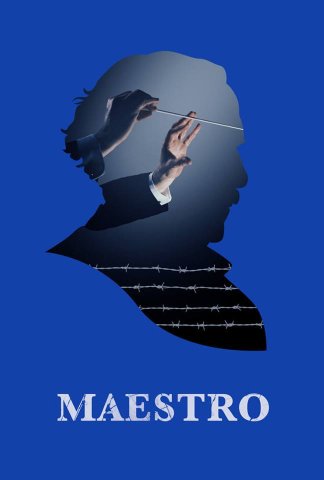 Toscanini is the subject of Maestro, now playing at the Duke Theater in New York through February 6. Eve Wolf has staged Toscanini’s late life,  mixing in live music that he often performed, now played by a quartet and pianist on stage. Director Donald T. Sanders has woven these elements together to provide the texture of Toscanini’s life.

Centering the show on music itself is appropriate. Toscanini, like Verdi, had a peasant’s simplicity and strength.  Music coursed through his being. He believed in the importance of listening to great compositions and in honoring the composer’s intentions. When a cage full of canaries was set atop a radio during the NBC Orchestra’s performance of Beethoven’s Ninth Symphony, it touched the Maestro to hear that they had sung along in the final movement. When the canary sings takes on a new meaning.

Once Toscanini contemplated enhancing a Beethoven phrase by doubling instruments.  He asked a friend to come to a rehearsal which included his enhancements. The friend did not like them and they were removed from the performance.

Although Toscanini was a composer who audiences loved to see live, where he was wonderful to hear and watch, the Maestro disapproved of histrionics and anything a conductor did to call attention to himself and not the music. “When I conduct, I come prepared,” he said. “I do not stand before the public to say, ‘I am Toscanini.’ Never!”

A man of enormous energy, the Maestro spent his mornings studying music and conducted in the afternoon and evening. He often stayed up most of the night talking to friends and dancing. While the Maestro felt that the bonds of matrimony were inviolable, he also said that man’s errant sexual nature naturally led men to stray. The playwright focuses on one romance with a much younger woman, pianist Ada Mainardi.  We do not meet her as part of the Maestro’s life, but he reads her letters and talks about his passion  The pianist performing on stage may represent Ada.

The set by is part living room of the Maestro’s palatial home in Riverdale, overlooking the Hudson. The studio David Sarnoff created for Toscanini and his orchestra, is stage left, to remind us that Toscanini’s music was the first heard widely in this country over the radio.

Noble as the Maestro conducts so we get the feel of his gestures, passion and ire.  Toscanini’s famous request for a cellist to use the instrument between her legs is not in this iteration, but we get the sense that musicians can be idiots.

Toscanini hated tyrants.  He kept up to date with political activity in Italy and Germany.  In his head, he fought the Second World War personally.  He could lock himself away for weeks when Mussolini made another power grab, or succeeded in battle.

The great conductors today also focus on the music.  We count among them Riccardo Muti, Semyon Bychkov, Kirill Petrenko,and Maris Jansson. As institutions seek to reach audiences, it is well to remember how important the message of music is.