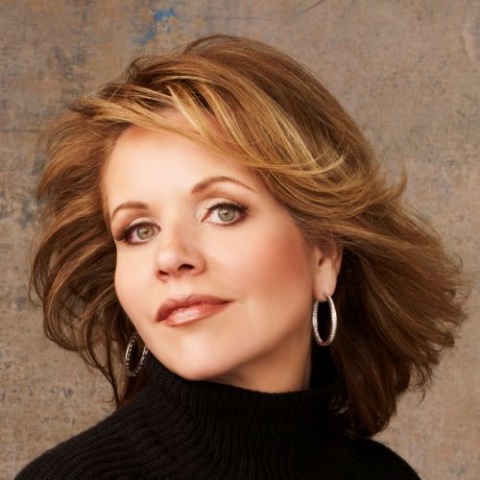 Renee Fleming, Penelope and then some The Emerson Quartet, classic and adventuresome A rich Carnegie Hall program opened with Samuel Barber’s B Minor string quartet. The Adagio movement is famously used in movies and TV. Seinfeld featured it in the ‘Fatigues’episode. It does not tire. As the Emerson Quartet performed, we all mourned our losses over the past two years.

Simone Dinnerstein then performed Mad Rush by Philip Glass. So fluid and pure were the arpeggios and the singular notes of melody that the piano sounded like an instrument driven not by hammers but by air. The effect was extraordinary. In the first tier, the composer approved with a standing ovation.

Renee Fleming concluded the first part of the program with songs from and about nature. Her sense is that the world would weep if it could.

She chose Edvard Grieg and Gabriel Faure. Most striking was the Pulitzer Prize winning composer Kevin Puts.  He has done a song cycle featuring Georgia O’Keefe letters for Fleming. She organized his Metropolitan Opera debut with “The Hours,” based on Michael Cunningham’s book.  (Scheduled for production in the fall).  Puts writes wonderfully for the voice. He chose to set a poem by Dorianne Laux, which offered both beautiful melodies and a grim look at the condition of our natural world. After Fleming’s performance, Puts remarked that he gives his all and Fleming gives then some. Always more. Always extraordinary.

Penelope by Tom Stoppard and Andre Previn was performed in the second part of the program.

The relationship between Stoppard and Previn goes back decades. Previn’s wife Mia Farrow was appearing in a Garcia Lorca play that Stoppard had translated.  Stoppard would see Previn coming in and out of the theatre with Mia. They started to talk. One day, out of the blue, Previn said, ‘Listen if you ever write something that requires a symphony orchestra, I’ve got one!’

Stoppard said ‘Well, OK. I’ll give that serious thought!’ It actually took a few years to come up with something that made sense to both of them. That was Every Good Boy Deserves Favour.

Forty-three years later they found another subject, Penelope, the wife of Ulysses. We all know Penelope as faithful.  We do not know how she survived twenty years while her husband defeated Troy and then wandered the world.

Others have tackled the Penelope myth. Audrey Niffenegger’s The Time Traveler’s Wife presents a modern tale of love and romance focusing on Penelope and Odysseus as equal heroes. In Margaret Atwood’s The Penelopiad, Penelope is a ghost in an underworld surrounded by 12 mute maidens.  The heroic and the romantic are debunked.

In this musical monologue, Penelope awaits Ulysses' return.  One thing we know from school days is that Penelope wove. This idea of weaving threads through the monologue's production.

The brilliant Emerson Quartet and pianist Simone Dinnerstein provide accompaniment of every color and shade.  They can prompt narrative reading (Penelope without song, here read by Uma Thurman). They can weave in and out of Penelope’s song (Renee Fleming). They provide starting interludes, weaving among the strings and the piano.

The work was originally commissioned by the Boston Symphony and premiered at Carnegie with the same cast as Tanglewood’s.

Prévin had nearly completed the piece when he died. David Fetherolf, his editor of 22 years and close friend, worked with the musicians to realize the work.

Eugene Drucker of the Emerson Quartet finds fraught moments, and a dissonant edge, like Bartok or Stravinsky. The strings are fluid and interweaving. The blending of voice and strings lifts with a free tone, clear phrasing and jazz chords. Tone pictures are drawn when Penelope proposes a contest and we hear the drunken bravado of the men in her hall.

Penelope is a diplomat and a strategist. For years now, more than a hundred armed men have camped out in her house, and she has held her husband’s land together.

Fleming’s Penelope is passionate, astute and furious. She was nursing her infant son when her husband left, one early morning. She is in her 40s now. Her house is full of drunk men trying to control her and force her to marry one of them.

In Stoppard’s take, Penelope is coming down to dinner slowly on the night Odysseus returns home. The high-walled courtyard with its cypress pillars is full of noise.

Stoppard emphasizes that Penelope has a strong desire for Odysseus. Sitting at her loom, she remembers bathing him when he came in sweating.

“… he would have me undress him and empty a pitcher over his steaming back, his breast, his hard thighs, and serve him till I was sated.”

The monologue weaves through spoken and sung words. The piano and the strings hover beneath the language, adding to the color and the emotion. We heard a splendid tapestry of sound at Carnegie Hall.