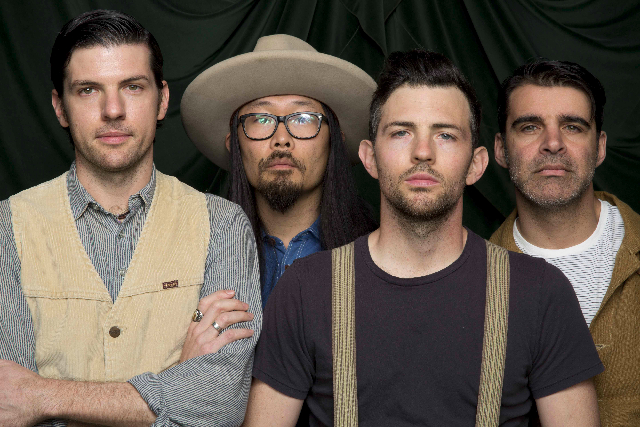 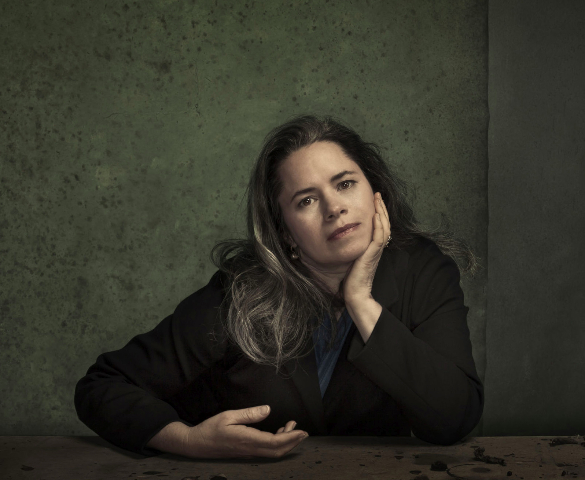 Singer-songwriter Natalie Merchant makes her Tanglewood debut on Sunday, July 2, at 7 p.m., bringing her distinctive voice and style to the Koussevitzky Music Shed. Ms. Merchant, who began her career with alternative rock band 10,000 Maniacs in 1981, has released seven solo albums—most recently Paradise Is There: The New Tigerlily Recordings (released in November 2015), a collection of all-new recordings revisiting Merchant's multi-platinum solo debut Tigerlily, originally released in 1995. Tickets for Natalie Merchant on July 2 range from $16.50 to $109.

Additional Updates to the 2017 Tanglewood Season

In addition to Natalie Merchant (7/2) and The Avett Brothers (9/1), soprano Dawn Upshaw will perform Rodgers and Hart’s Blue Moon and Manhattan during the Tanglewood on Parade program on Tuesday, August 1. Pianist Anna Polonsky joins pianist Peter Serkin for three works for piano four-hands on the first Schubert’s Summer Journey program on Thursday, July 6: Lebensstürme, D.947; Variations in B minor, D.823; and Rondo in A, D.951, Schubert’s final work for piano-four hands. (Ms. Polonsky replaces pianist Julia Hsu for this performance). On Saturday, July 29, conductor Charles Dutoit will lead the BSO in Stravinsky’s Chant funèbre in place on Berlioz’s Overture to Benvenuto Cellini on a program that also includes Ravel’s Piano Concerto for the left hand (featuring Pierre-Laurent Aimard) and Berlioz’s Te Deum.

The original summer movie blockbuster, directed by Steven Spielberg, with an Academy Award©-winning score that made John Williams a household name, Jaws is the ultimate film-with-live-orchestra experience! Join Keith Lockhart and the Boston Pops as they perform the entire score in sync with one of the greatest motion pictures of all time.

Lou 100: In Honor of the Divine Mr. Harrison

HARRISON Serenade for guitar and percussion

Celebrate July 4 at Tanglewood with a favorite popular artist, details of which will be announced in the new year.

Apollo’s Fire returns to Tanglewood, this time bringing their distinctive take on Vivaldi’s Four Seasons. Conductor/harpsichordist Jeannette Sorrell presents these gems as the revolutionary creations of musical storytelling they were meant to be, illustrating the naturalistic effects along the way, so that Vivaldi’s pictorial descriptions come fully to life.

Hailed as a “funny, affectionate, and revealing tribute to musical theater’s greatest living composer and lyricist,” the symphonic Sondheim on Sondheim with the Boston Pops is not to be missed! This retrospective of the life and work of America’s finest contemporary musical theater creator is told through his own words via film, live performers, and his amazing music. Experience this acclaimed sampling of Sondheim’s extraordinary output, now for the first time with lush new arrangements for full orchestra.

Mark-Anthony TURNAGE From the Wreckage,
for trumpet and orchestra

Mark-Anthony TURNAGE Dispelling the Fears,
for two trumpets and orchestra

PURCELL Fantasia upon One Note

Sung in German with English supertitles

Note that there is no intermission in this performance.

Shostakovich, Stalin, and the Dream of a Second Chance—A Russian Fantasy

The Emerson String Quartet, accompanied by an ensemble of seven actors, weaves the tale of Dmitri Shostakovich’s 50-year obsessive quest to create an opera from The Black Monk, Chekhov’s theatrical chamber masterpiece about love, art, madness, and freedom. Through music—including a complete performance of Shostakovich’s String Quartet No. 14—supported by actors and multimedia projections, we see Shostakovich himself trying over decades to retell Chekhov’s haunting and heroic story of a writer struggling for his sanity, only to be sidetracked again and again by the composer’s own struggle to survive as an artist amid the ever-changing imperatives of Stalin’s Soviet state.

SCHUBERT Quintet in A for piano and strings, D.667, Trout

BERNSTEIN Symphony No. 2, The Age of Anxiety

Thomas ADÈS ...but all shall be well

In a fascinating centuries-spanning program, Pierre-Laurent Aimard explores the many recreations of birdsong in music by a diverse range of composers from the Baroque to the present day, including music by Daquin, Schumann, Ravel, Bartók, and Julian Anderson. The centerpiece will be a selection from Messiaen’s monumental Catalogue of the Birds, to be interspersed with electronic works by French composer Bernard Fort incorporating the same bird calls.

BEETHOVEN Overture to The Creatures of Prometheus

DVO?ÁK Symphony No. 9, From the New World

COPLAND Fanfare for the Common Man

SCHUBERT Sonatina No. 3 in G minor for violin

The Handel and Haydn Society

STRAVINSKY The Rite of Spring

MOZART Overture to The Marriage of Figaro

SCHUBERT Symphony in C, The Great

DUTILLEUX The Shadows of Time

Sofia GUBAIDULINA Garden of Joys and Sorrows,
for flute, viola, and harp

DVO?ÁK Quintet in A for piano and strings, Op. 81

SCHUBERT Sonatina No. 2 in A minor for violin
and piano, D.385

John Williams’ Film Night has long been established as one of the Tanglewood calendar’s most consistently popular evenings. Sharing the podium this summer for what surely will be an historic concert is BSO Music Director Andris Nelsons. The program will feature classic cinema scores by Erich Korngold, Bernard Herrmann, and Alex North, as well as music by Mr. Williams himself, including selections from the Harry Potter series, E.T., and Far and Away. Also on the program will be music from Mr. Williams’ score to Steven Spielberg’s Lincoln, with a special guest trumpet soloist.

An Evening with David Sedaris

celebrating the release of his new book Theft By Finding

Relive the magic on the silver screen of Steven Spielberg's great family adventure, E.T. The Extra-Terrestrial—a best picture nominee and one of the most popular films of all time—featuring John Williams’ Academy Award-winning score performed live by the Boston Pops.

Two of today’s most acclaimed singers—soprano Kristine Opolais and, in his Tanglewood debut, baritone Dmitri Hvorostovsky—join Andris Nelsons for an exciting evening of opera and song, to feature arias, duets, and choruses from the Italian and Russian lyric stage. The program will include excerpts from Verdi’s Simon Boccanegra and La traviata, and Tchaikovsky’s Eugene Onegin.

IVES “The Housatonic at Stockbridge” from
Three Places in New England