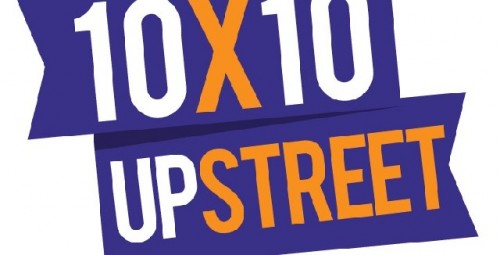 Barrington Stage Company (BSC) announces casting and the creative team for its 10×10 New Play Festival, with performances February 13 through March 2, as part of the 2014 10×10 Upstreet Arts Festival.

Emily Kunkel (BSC’s All My Sons) Matt Neely (BSC’s The Crucible, 10X10 New Play Festival ’12, ‘13), Dina Thomas (BSC’s See How They Run), Peggy Pharr Wilson (BSC’s 10X10 New Play Festival ’12, ‘13), John Zdrojeski (BSC debut), and Robert Zukerman (BSC’s The Crucible, 10X10 New Play Festival ’12) comprise the cast.
BSC Artistic Director Julianne Boyd, BSC Associate Artist Christopher Innvar and WAM Artistic Director Kristen van Ginhoven will direct.
The design team includes Robert Brown (lighting), Brad Berridge (sound) and Kathy Kearns (costumes).  Christopher Shane Donovan is production stage manager.  Megan Dieterle and Noel Henebury-Farmer are Associate Producers.
BSC’s 2014 10X10 New Play Festival titles, playwrights and directors
Man the Torpedoes by Suzanne Bradbeer.  Astronomer Henry Wallner would rather disappear into a black hole than do what he has to do today: have a tough talk with his new assistant Anita.  (Bradbeer was part of the 2012 New Play Festival with God in the Goat.) Julianne Boyd directs.
The Possethsion by Ron Burch.  When Ted and Becky's 12-year old daughter, Megan, becomes possessed by the demon Sethamungus, it's up to them to try and free her from him.  Julianne Boyd directs.
New Year's Eve by David MacGregor.  It's New Year's Eve at the Parkview Retirement Home and the residents have gathered to bring in the New Year...at noon. While most of the retirees are happy with the festivities, one of their members is less than pleased.  Christopher Innvar directs.
Sweetheart Roland by James McLindon.  A witch’s stepdaughter defeats her and marries her true sweetheart … well, after she figures out which of her sweethearts he is.  (McLindon’s play The Wilderness, was part of the 2013 10X10 New Play Festival.)  Julianne Boyd directs.
Lost and Found by Gwendolyn Rice.  A middle-aged woman loses her car keys one morning and realizes that some things that are lost can never really be recovered.  Christopher Innvar directs.
Uh-Oh by John Cariani.  Mary realizes that she is bored with the life she and her husband, Bill, have made together: it's not at all what she hoped and dreamed. So she takes some...surprising action and nothing will ever be the same.   (Cariani was featured as ‘Dogberry’ in BSC’s summer production of Shakespeare’s Much Ado About Nothing.  He is the author of the popular play Almost, Maine.)  Christopher Innvar directs.
I Love You by Lynn Rosen.  A father and son long to say three little words to each other. But it's hard when sober coaches, vegan muffins, and a lifetime of recrimination get in the way.  Julianne Boyd directs.
Debridementby Megan Dieterle.  A doctor and a young woman recount one day in which their lives merge, only to find they have more in common than they thought. (Megan Dieterle is Assistant to Julianne Boyd, and BSC’s Literary Associate.)  Kristen van Ginhoven directs.
Homeless Romantic by Scott McCarrey.  Two vagrants meet on a city street at night, compare tales from itinerant lives, and share a dance.  Kristen van Ginhoven directs.
The Prompter by Jodi Rothe.  A Picasso painting has a strong effect on a young make-up artist who tries to get on with her life after a harrowing encounter.  Kristen van Ginhoven directs.
Performances of BSC’s New Play Festival are February 13 through March 2, 2014, at BSC’s St. Germain Stage, located at the Sydelle and Lee Blatt Performing Arts Center, 36 Linden Street. The press opening will be Sunday, February 16 at 3pm.
The 10×10 Upstreet Arts Festival returns to downtown Pittsfield for the third year from February 13-23, 2014, and features music, theatre, dance, film, visual art, spoken word, comedy and more, including BSC’s 10×10 New Play Festival.
Tickets to the 10×10 New Play Festival are on sale now. Performances are Thursday, Friday and Saturday at 7:30pm, with matinees Saturday and Sunday at 3pm. Tickets are $25 Thursday evening and Saturday/Sunday matinees; $30 Friday and Saturday evening. The first two low-priced preview performances on February 13 and 14 at 7:30pm are $15 for all tickets. Reserved seating. For more information, call the Barrington Stage Box Office at 413-236-8888 (or toll-free at 855-TIX-2BSC) or visit www.barringtonstageco.org.
About 10×10 Upstreet Arts Festival
The festival is a collaborative effort spearheaded by Barrington Stage Company and the City of Pittsfield and coordinated through a steering committee that includes the Beacon Cinema, Berkshire International Film Festival (BIFF), Berkshire Museum, Lichtenstein Center for the Arts and the City of Pittsfield, and Word X Word.
Berkshire Gas is the lead sponsor of the 2014 10×10 Upstreet Arts Festival.
For more information, visit discoverpittsfield.com/10×10, find 10×10 Upstreet on Facebook, or contact the City of Pittsfield’s Office of Cultural Development at 413-499-9348.
Back to Theatre Section Home