The Song Continues with Graham Johnson and Renee Fleming 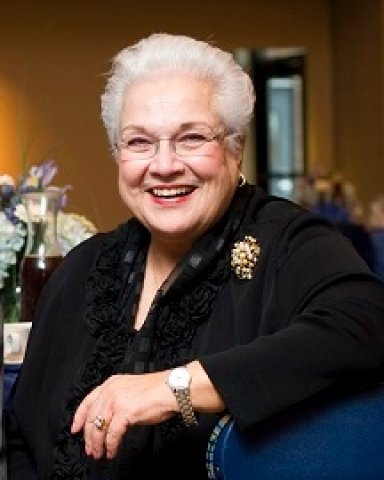 Graham Johnson's name suggests many roles in the music world.  He is a leading expert on Franz Schubert. He has collaborated with Benjamin Britten and Dame Margaret Price.  His piano accompaniment is eagerly sought and in his master class, part of The Song Continues, we were treated to examples of each and every one of his roles.  In an effort to help singers achieve their highest level of performance, he took to the piano bench.  While praising the efforts of the young accompanists, he showed them what he meant by matching the color of the voice in the keyboard.  His music was transporting.  It provided the singers with a line that helped them achieve theirs.

Veronika Anissimova, a mezzo, lofted a perfectly beautiful Mozart song, "Evening Thoughts."  She is a Baroque specialist with a lovely light voice. Her understanding of text is reflected in her tones.  Johnson discussed resignation in the song that is not woeful. Rather there is a sadness which may be brightened when the singer becomes a star in the sky's diadem.  Johnson does not overlook the young artists's lovely presence and beauty of her phrases. She also warms the heart as she sings, no small bundle of talents.

Swathed in striking green, Hannah Rose Kidwell has a soprano voice which can fill a space.  It is a big as it is beautiful and Johnson was quick to point out this virtue.  Color, which Johnson celebrates as a path to meaning, became the focus of his work with Kidwell.  Spinning out the top of the voice and revealing a secret inner life of Robert Schumann emerged as Kidwell continued to sing.

The difficult Hugo Wolf was represented by Devony Smith.  She chose to sing "Only Those Who Know Longing."  Johnson praised her presence and pointed out syncopation and the Wagnerian harmonies, which Wolf successfully reduced to seven minutes from five hours.

Siena Licht Miller will be at Santa Fe Opera this summer and hearing her makes you wait eagerly for her arrival at the festival. Johnson observed that Brahms, whose "To the Nightgale" she sang, loved mezzos who had a soprano top.  It became clear that he shared the composer's passion.

Renée Fleming gave a master class the next evening. Joel Rozen wrote a smashing love poem to Fleming and so many of us share his feelings. Fleming can do no wrong. She is a great communicator and has done as much for music as anyone, except perhaps the founder of The Song Continues. She is just the right person to succeed Marilyn Horne, who will step down this season as the director of this annual Carnegie Hall event which celebrates song.

Fleming arrived from a day of rehearsing for Carousel, in which she will appear on Broadway. Like the late Michael Jackson and Beyoncé, Fleming clearly pays attention to every detail of her performance. A video of the rehearsal was wending its way to Fleming’s home where she will study it. She took her publicist seriously when she suggested, “I would like you to streamline the way you dress. Prints and cut velvet are not becoming to you, and you might like to consider giving away the coat you have on.”

The coat this evening was a geometric gold and black which matched a maxi length skirt beneath. Focus was however on the young artists she came to the Resnick Center to help. What we got with each and every singer was a very detailed critique of the crucial aspects of their vocal delivery that Fleming assessed were correctible by some of her learned tricks. She delivered her teaching tools of choice, a straw and pencil, into which she sings for focus. She admitted to having a score delivered transposed down for recordings. This gives the impression that your notes are lower than they are and builds confidence.

She detected breathing issues. No one handles breath better than Fleming. During a recital, you never detect the body breathing. It has all been contained in service of the song. Some singers were containing themselves, singing too small. She suggested ways to open up and cautioned the use of hands to cover up what is actually going on.

The pianists this evening did not get many tips. Yet the singers were lavished with small and large suggestions. Brea Marshall from Southeast Texas retreated from her gorgeous big voice to humming for correction. Boya Wei was led through sections of Debussy’s "Apparition " to unbottle her voice.  She was asked to drop her jaw, extend her tongue and sing. One was reminded of Hildegrade Behrens who used to go into her barn and make ugly sounds and ugly faces to end up with her beautiful tones. Fleming did not spare herself.  She too went ugly, or as ugly as she can be, as she illustrated the dropped jaw.

Lindsay Meecher’s mezzo was encouraged to crescendo. Fleming’s own passion for Richard Strauss was clear. "Liberated" suggested opening up. The phrase, “Oh Joy” was an opportunity for a phonetic epiphany. As Meecher worked, the suggestions of the master were evident and we heard at the end of their session a liberation of the voice to give a gift to listeners.

Isabella Moore, in her own translation of Strauss’ "Rest My Soul", was encouraged to open up her entire vocal mechanism.

Bringing the soul to rest is a subtle, delicate task and the singer and her teacher worked hard to honor it. The evening brought us to ever increased appreciation of the great artist Fleming is and the generous, useful help she gives the generation that is following in her steps. With a deep appreciation for founder Marilyn Horne, we look forward to the future of The Song Continues at Carnegie Hall.