Our Secrets by Béla Pintér 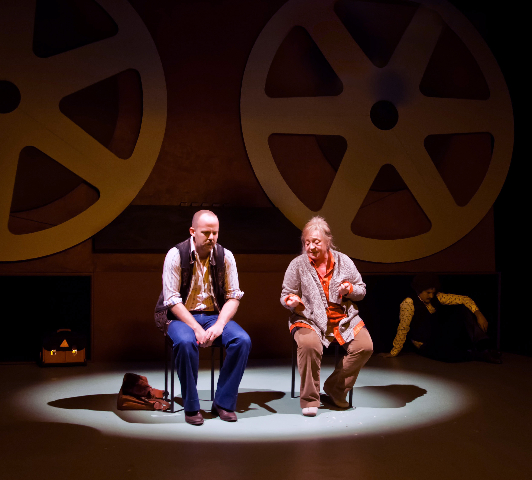 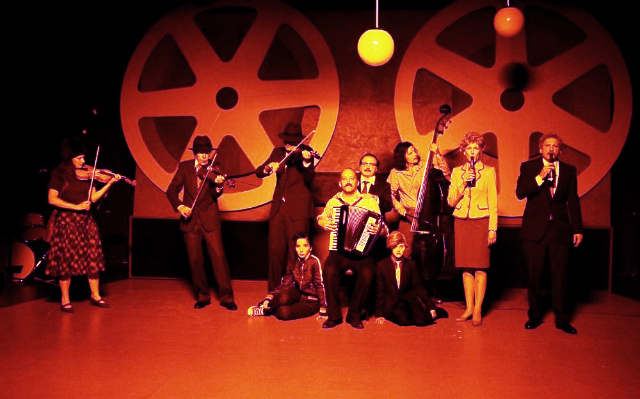 Sometimes the very best theatrical productions have only a few performances. Sadly, in this case a prime example of such a loss is Our Secrets, by Béla Pintér and Company. Performed in Hungarian with English subtitles it opened on Wednesday, January 25th at the Baryshnikov Arts Center in Manhattan , and closes on Sunday, January 29th.

First performed in Budapest in 2013 and in other European cities in the ensuing years, it is only now that it is having its premier on our shores. Critically acclaimed and especially loved by the public. Playing all over Hungary , it was awarded a critics prize for The Best New Hungarian play.

Mining similar territory as the Oscar winning German film The Lives of Others (2008) Our Secrets written, directed, and acted in by Béla Pintér looks in on the lives of a group of people living in Soviet era Budapest during the height of the cold war when the Communist government, in order to control the population, resorted to all kinds of surveillance activities.

While bugging was commonplace, people were also forced by the government to spy on their friends and family, either by threatening to expose their secrets which would result in jail or grant them special awards and privileges.

One of the biggest secrets in this play makes itself known during the play’s first scene, as we watch an exchange between an obviously anguished Istvá Balla Bán (Zoltán Friedenhal), a folk music specialist and Dr. Elvira Szádeczky (Eszter Csákányi), a therapist who Istvá is consulting about his condition.

It begins with Istvá confiding that he is no longer sexually attracted to his wife Kata (Hella Roszik) and ends with his painful confession that it is Timi (Eva Enyedi), Kata’s 7 year old daughter, that he is sexually attracted to. It is only Timi he says that gives him a boner. Though he claims having never acted out on his desires we eventually learn otherwise, as does the government who is taping his every word.

While Istvá’s story is the heart of the play and we voyeuristically follow it from beginning to end, also compelling are the frantic comings and goings of his friends, a few who have secrets of their own. The second biggest secret, threatening to do him in, belongs to Istvá’s best friend Imre Tatár (played by Béla Pintér) a well-known folk dancer who unbeknownst to most – even his diehard Communist girlfriend Bea Zakariás (Zsófia Szamosi) is unaware – is the editor of an underground anti-Communist newspaper.

Given that Pintér himself is a former folk dancer, an exceptionally good one as we see in this harrowing play, he has also incorporated into this play authentic Hungarian Folk dances, actors who are also musicians, as well as Hungarian Folk songs, the latter not only furthering the action but in many cases exposing the innermost thoughts of each character.

The ensemble acting across the board was flawless. In one of the most compelling scenes, the great Eszter Csákányi is seen doing double-duty in men’s drag. Here she is convincingly playing both the tough and unyielding, as well as devastatingly lonely sides of Comrade Pánczél, a Communist apparatchik, as she makes an unsuccessful play for Istvá.

Though the play takes place in the Eighties during the cold war, the story of fear and suspicion in a culture of surveillance is not at all out of place in today’s climate of rampant computer hacking, body cameras, drones the size of insects, and surveillance cameras just about everywhere you look.