Joins with National Yiddish Folksbiene at the Museum of Jewish Heritage 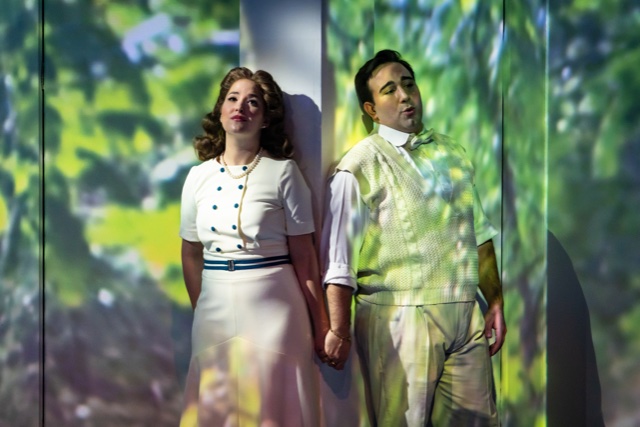 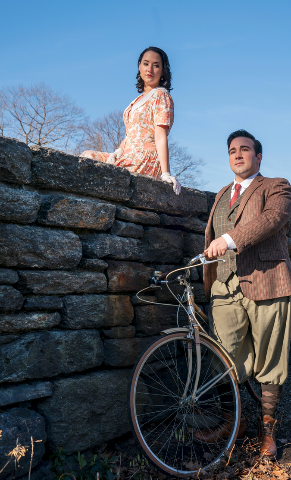 Micol and Giorgio in Ferrera, Italy. He may be Romeo, but she is not Juliet. Garden of the Finzi-Continis 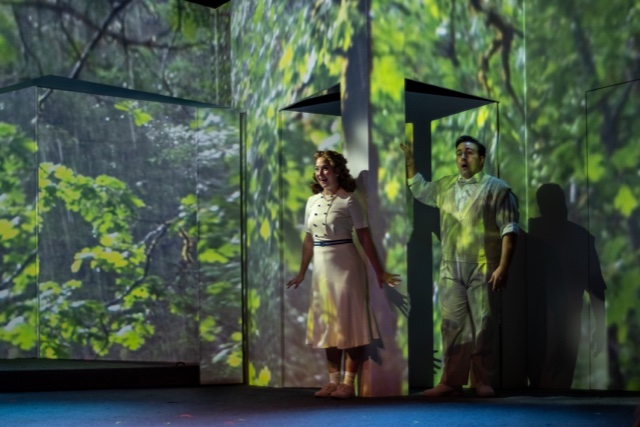 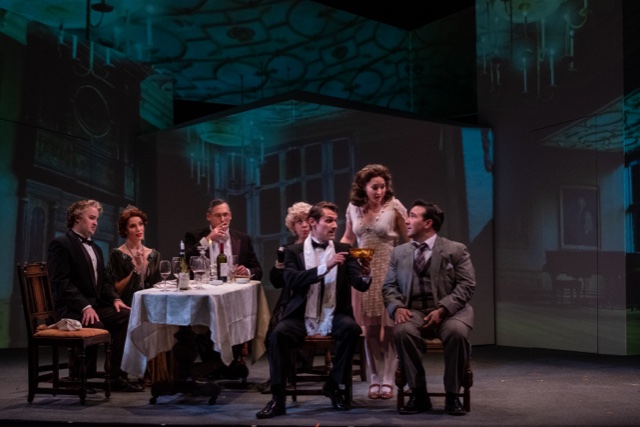 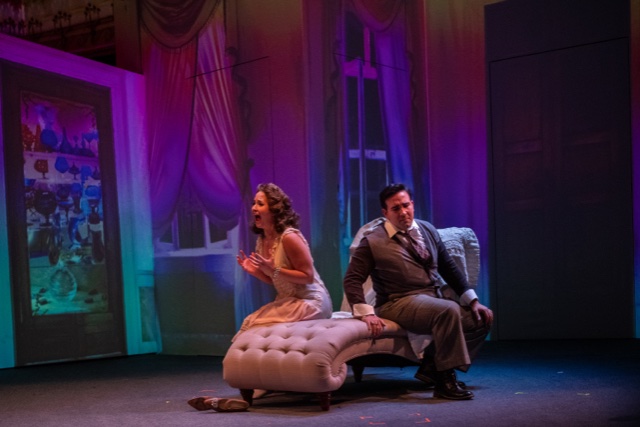 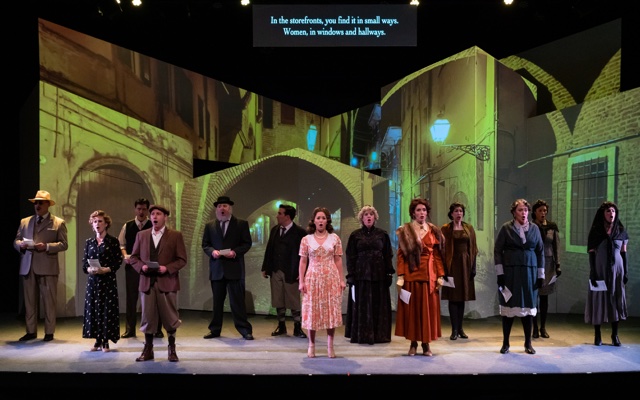 The Museum of Jewish Heritage is the perfect location for the world premiere of The Garden of the Finzi- Continis, a new opera by Ricky Ian Gordon and Michael Korie. New York City Opera has partnered with the National Yiddish Theatre Folksbiene in this satisfying venture.

Giorgio Bassani’s novel and the Vittorio de Sica film based on it are familiar works in our culture. The Bassini novel is a remembrance of things past.  It begins, as does the opera, with a middle-aged Jewish man who survived the Holocaust, remembering golden days in Ferrara, Italy. He was desperately and unsuccessfully in love with Micol, the daughter of a wealthy Jew who lived on walled in acres, a seemingly secure and impenetrable area of town.

In this telling,  the quality of Judaism that the narrator’s family practiced, and the almost veiled Judaism of the wealthy Finzi-Continis are contrasted.

Throughout the opera, we hear the same musical intervals and phrases we hear at Saturday services in a synagogue and in West Side Story. Leonard Bernstein never escaped them. They were in his memory for instant tapping. Tropes from the liturgy and the half step interval between steps 5 and 6 and a step and a half interval between 6 and 7 produce the familiar tones implicit in Jewish prayer.

As the scene shifts to a synagogue, scales from both Ashkenazi and Sephardi traditions mark the music. James Lowe conducts to bring out all these elements.

Explicit memories of prayer caps and shawls are visually clear.

Gordon weaves in some jazz tunes of the era to evoke the mindless pleasures of the tennis court. Bassani was a tennis champ, and in the film and the opera, the Finzi-Continis "tennis club", opened to the community when Jews were banned from local clubs as Italian racial laws were enforced in the 1930s.

Micol, sung beautifully by Rachel Blaustein,  seems immune to the world about her. Yet we know from the start that she, and not her discarded middle class devotee, will perish in the camps. The devotee, Giorgio, is sung by Anthony Ciaramitaro, whose tenor is lyric tinged with a helden edge.  He is on stage for much of the production and neither his voice nor his energy flagged. A warm color makes him particularly attractive.

In all the versions of this tale, Micol mentions the trees in the garden. Some are five hundred years old and might have been planted by the Borgias. A snake penetrated the Garden of Eden. Walking to the crematorium in Dachau, you are on a path embraced by beautiful trees. There gas awaits, not innocent clay courts.

The sets by John Farrell are striking.  Made of geometric shapes, only one block moves. This provides an opportunity for exits and entrances and also changes to scenes.

Long before the  big opera companies learned to do suggestive and inexpensive productions, NYCO did a spectacular version of Hugo Weisgall’s Esther.  The sets wee projected on screens. Taking advantage of the ease this provides for change, continuously altered visual delights surround the performers. In Esther, a jungle of green leaves punctuated by purple sweet peas in the opening scene easily changes to a harem wrapped in exotic Persian designs.

The Garden is luxurious in its projections of the physical location, and of its textures.

Events surrounding the Holocaust have a powerful story to tell from the start.  Atlanta Opera has recently produced Out of Darkness:Two Remain, an opera in two acts about love, oppression and survival in the wake of the Holocaust. Jack Heggie and Gene Scheer based the work on their three one-act operas which covered similar territory: two main characters are haunted by ghosts.

Song cycles and an opera based on survivor Yehuda Nir's book have also graced stages recently.

The Garden of the Finzi-Continis holds a special place. As it unfolds, we seem out of time and place, waiting for we know not what, but something evil to be sure. It is a remembrance and a caution, beautifully realized by director Michael Capazzo and his troupe.  Tickets here.  Performances thru February 6, 2022.