Cutting Kim Jong-un a New One 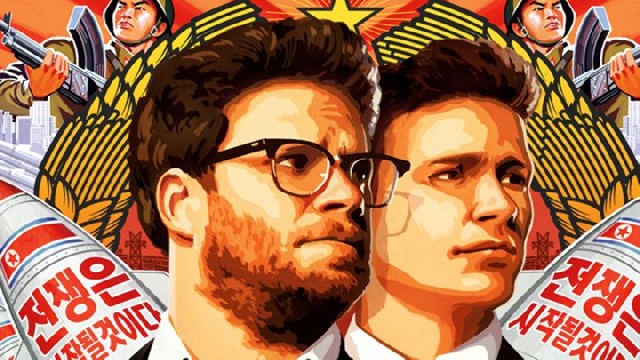 Last night, through the magic of Netflix, we saw the most controversial and dangerous film of the year “The Interview” from the safety of our living room couch.

We were spared the threat of bombs in crowded theaters or nukes targeting the Berkshires.

The only adversity we were tasked to endure was sitting through a mindless date film with the provocative plot twist of a CIA assassination attempt on the fat boy, scary, North Korean dictator and very real threat to world peace, Kim Jong-un.

From Sophocles to Voltaire, Jonathan Swift, Charlie Chaplin, or the improbable team of Seth Rogen and Evan Goldberg, humor and satire are a means of unraveling our worst fears and greatest enemies.

As FDR put it “We have nothing to fear but fear itself.”

Humor is a means of leveling the playing field by pricking the balloons of violence and intolerance. As a people we are doomed when we loose the freedom and responsibility to skewer and mock the absurd.

It wasn’t funny when terrorists assassinated editors of  the humor magazine Charlie Hebdo in Paris. Why should Islam be unique as off limits to jokes? Or the dictator of North Korean?

He reacted with threats of  attacks on the US above and beyond cyber sabotage against Sony Pictures. Initially they cancelled plans for general release on Christmas day. When cyber terrorists threatened to reveal more dirty pool deals at Sony and embrrasing insider chatter its executives assumed a fetal position.

The film came to our local theater where it had a modest run. We weren’t motivated to pay to see it. But with our Netflix subscription, well, it was enticing to see what all the fuss was about.

Kim Jong-un freaked that the film spoofed his assassination.

Such a dark op is far from impossible. As the gang that couldn't shoot straight the CIA initiated numerous attempts to take down Fidel Castro. These absurdly included a commissioned Mafia hit as well as a plot to blow him up with an exploding cigar. Surely Fidel was not amused by these American pratfalls.

The Interview wasn’t the worst movie we have seen. Those accolades are the secure domain of Ed Wood the master of the truly awful. His films were so bad that they’re good or enduring cult classics. That’s not the case here.

We were surprised to actually find ourselves laughing at a film which was expensively produced with professionalism and technical expertise. This wasn’t a cheap Indy film.

The real joke is why major studios like Sony are willing to put big bucks into such expendable projects? They are designed to implode after a couple of weeks of general release then earn their nut through global release and deals like Netflix and other movie channels.

The sad truth is that stupid movies do make money. It’s a safer bet than serious films. Or, as a colleague told me, the annual 100 plus gay themed films that never make it to the megaplex.

This is the point in a review where we discuss what the film is about. Well,  truth is, not much.

What surprised us, however, is that overall the performances were quite good. James Franco has his moments as the over the top TV gossip/talk host Dave Skylark. His buddy Aaron Rappaport, played by Evan Goldberg, is the long time producer of their popular entertainment show.

It seems that the fat boy dictator with the comical Three Stooges haircut, nicely played by Randall Park, is a fan of the Skylark show. The real life tyrant is a known fan of American popular culture. He is best friends with that ultimate buffoon, former basketball star, Dennis Rodman.

Hoping to up their game an interview is arranged. The plot thickens when the CIA sees this as an opportunity to assassinate the dictator. Agent Lacey  who is in charge of this deal is played by the comely actress Lizzy Caplan. The boys drool over her cleavage. Fans of TV’s Masters of Sex are already familiar with her breasts. We wondered why such a fine actress would appear in such a silly movie?

For the money you fool.

Which explains cameos by celebrities from Bill Maher to rapper Eminem.

Despite all the high minded media about art and politics for Sony and Hollywood it’s all about the bottom line. In this case they played with fire and got burned.

The ultimate dummies are those of us suckered into wasting time looking at and writing about a stupid movie.

For you, dear readers, we took one for the team.