News from the Metropolitan Opera

Firing the Imagination, or Not. 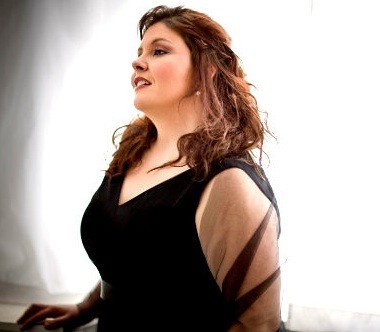 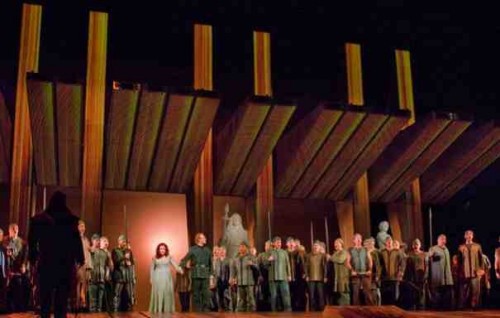 It is often said that you can do anything on stage except bore. The Met Opera has just spent over 16 million dollars to bore. 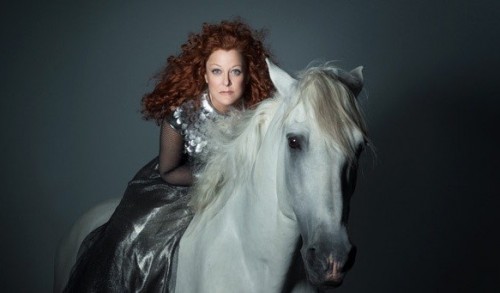 Brunnhilde charges off on her steed, Grane, as the horse appears in publicity photos. 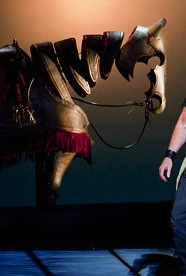 Grane as he actually appears in Gotterdammerung.

The final performance of Tosca for this season was presented on January 28th, and what a pleasure this production now is.  The hue and cry over Luc Bondy's take has faded into the stage portrait of Mme Angelotti.  The talented Tomer Zvulun has directed this version.  We last saw his work in a Juilliard double bill with a different tone from Tosca.  L’heure Espagnole by Ravel, is a charming romp through a clock shop, in which Concepcion seduces.  Full of zest, Zvulun's seamless stage business delighted.  The bottom of the bill, Gianni Schicchi is performed more often.  This bright take on the disposition of a wealthy man’s goods was full of vitality.

Zvulun deeply understands how to help singers bring forward character in their lines, and to move them to the beat of the music as they express emotional detail with their arms and hands.  When these opera directorial techniques are put forward by a consummate performer like Patricia Racette, one of the few acting divas on the Met stage these days, the experience is completely satisfying.

Marcelo Alvarez has a robust and yet lyric voice with an exciting, appropriately modified squillo.  He too responded with emotions tailored to each scene.  Along with James Morris, who looked surprisingly comfortable as he seduced every tart or diva he glimpsed on stage, this version of the Luc Bondy Tosca, freshly imagined by Zvulun, thrilled.  The director of the Finnish National Opera, added a brisk and colorful reading of the score.

The prestigious Beverly Sills Award was won by Angela Meade, a favorite of this writer.  Meade has a beautiful, naturally large voice.  While her expressiveness in the voice is a thing of beauty, she works hard to create a stage presence that fires the imagination.  This reservation is minor given the extraordinary voice, but it has worked to deny contracts Meade might have had.  Hopefully, the endorsement of this award, and the full support of the opera community, will resolve these issues. Later this week we will report on the prima of Ernani in which she stars.

The idea that Disney people should be brought in the help mount a really exciting Ring production is probably one that will strike the current General Manager at the Met as brilliant.  For this reason alone it should not be floated.  But having endured Gotterdammerung on January 31st, I could think of nothing else but crying for help to Hollywood.  At least take a look at a Busby Berkeley film.

How can you spend 16 million dollars to create an immolation scene, the end of the world, that ends up barely fizzling.  The machine is boring, boring, boring.  What seemed like intolerably slow tempi taken by Maestro Fabio Luisi in the pit were either an illusion created by the interminable proceedings on stage, or, appalling as it may be to contemplate, because the planks in this production move to the beat of the music and can not be made to move faster.  In this case, Luisi would be forced to slow down so he does not get ahead of the planks.  Desperate to add some excitement, production designers LePage et al borrowed a puppet horse concept from War Horse, but theirs was not nearly as fabulous at Handspring Puppets’ creation for the play.  Still Brunnhilde was able to successfully mount her steed, Grane, who definitely rises to star status in this dud.

To avoid being mean to singers who all work really hard, we note only all too brief appearances by the force of nature Waltraud Meier, Eric Owens at the top of his form, Hans Peter Koenig, Jennifer Johnson Cano and Iain Paterson in the thankless role of the wimp Gunther.  They stood out in what was a morass of undistinguished sound.

I don’t think the popera of Gotterdammerung will be able to cover the unfortunate singing of the principals, but many of the boring and stupid aspects of this production may be masked by fifteen cameras in the HD.

As the editor of this site repeatedly reminds me, the Metropolitan Opera House is not simply a launching pad for the HDs.  People pay as much as 400 dollars a ticket to see and hear live performances in the house.  The live audience for live performances is entitled to their money’s worth.  They are not getting it today in the House.

Most of the live productions have major flaws and are not worth the ticket cover price.  The powers that be at the Met are not visibly disturbed by a problem that is at the very least an ethical challenge: Charging big bucks for live entertainment that is designed to be beamed out canned.