The Dining Room by A. R. Gurney 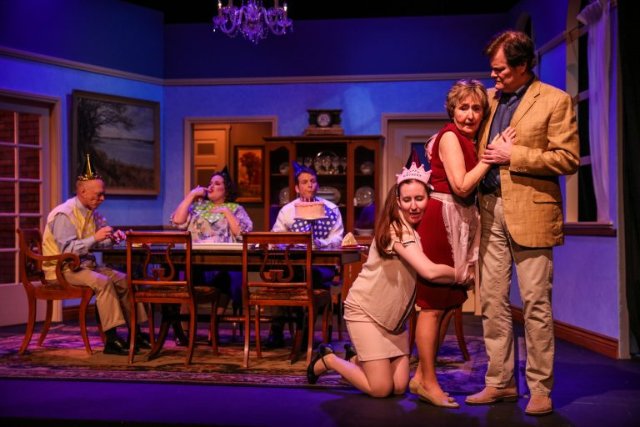 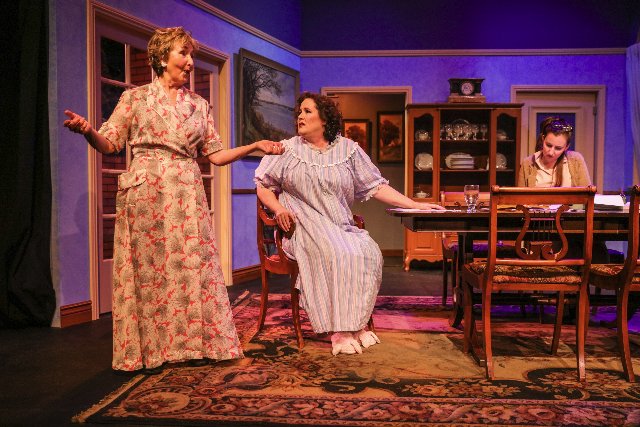 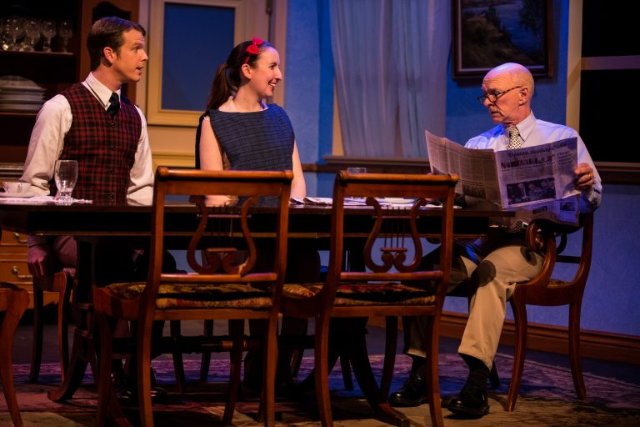 A New England Brahmin gleefully engages with her nephew, an Amherst student working on a class project. In the elder woman’s elegant dining room, the nephew snaps photos as she beams, proudly posing with her china, crystal, and silver. When she asks why his interest in these items, he replies in socio-political terms about the symbolism like the capitalist’s need to display wealth and the threat implied by the pistol grip of the knives in the flatware. Her smile fading, she sharply inquires what course this project is for. When she finds it is an anthropology assignment to study crumbling social communities, her threat to disfigure a part of the professor’s anatomy with a pistol-grip knife should probably not be detailed here.

This privileged and conservative social strata is seen through 18 amusing vignettes involving various combinations of family members, servants, friends, real estate agents, and more. Taking place over a half a century, starting with the Depression, the segments are non-linear and at times contemporaneous with overlaps between them. Along with the cultural changes we observe over the generations, another telling change is the very nature of the dining room. It transitions from a cathedral of formality and regularity to an occasional room for paperwork and parties. Ultimately, its very reason for being comes into question.

Each of six cast members portrays eight to ten roles, switching characters and costumes with great aplomb. Although there is a clear age distinction among the actors, each plays parts of a variety of ages and sparkles in at least some of them. It would be difficult to laud some without mentioning the others, and they all deserve recognition. In order of maturity, most to least, the women are Rhonda Guaraglia, Jill Wagoner, and Isabelle Grimm, while the men are Kit Grimm, Len Handeland, and Trevor Hoffman.

The skits reveal the whole panoply of life as the playwright pokes fun at his subjects, but also empathizes with their tragedies, their triumphs, their everyday life, and the dogged principles that formerly bound society. Some sketches are a bit mundane, but most are poignant. One that many of us can too sadly relate to involves a senile woman who doesn’t recognize her family members. In another, a father gives instructions to his eldest son about every detail of his funeral arrangements. And then there are the trysts and shenanigans that are the cause or the result of troubled marital relationships.

Without the benefit of a narrative arc, A. R. Gurney has written a cohesive and compelling comedy/drama with a structure that moves successfully from one climax to another. Director Joey Hoeber has molded this small but significant play into a very convincing theater piece, well worth seeing, while Bruce Lacovic’s well-depicted set reminds us of the way things used to be.

The Dining Room by A. R. Gurney is produced by Sonoma Art Live and plays at the Sonoma Community Center, 276 East Napa St., Sonoma, CA through February 4, 2018.