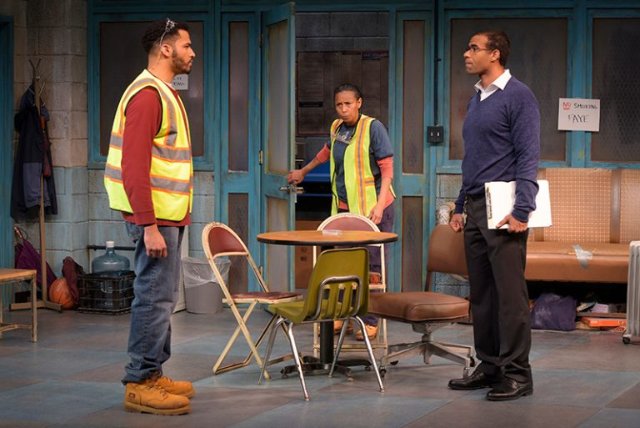 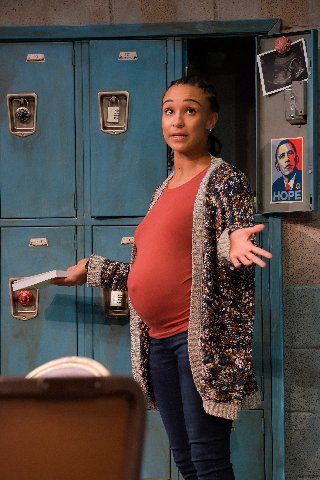 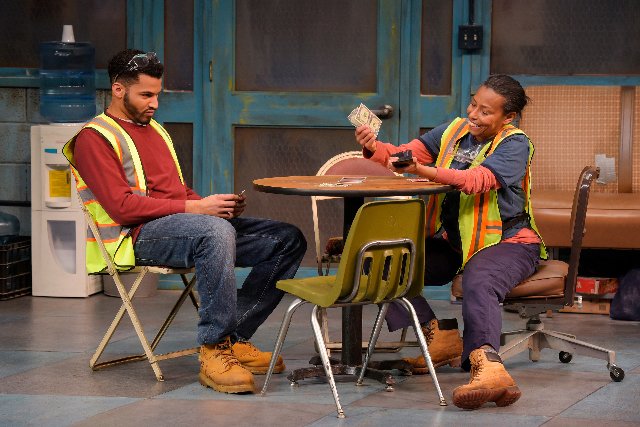 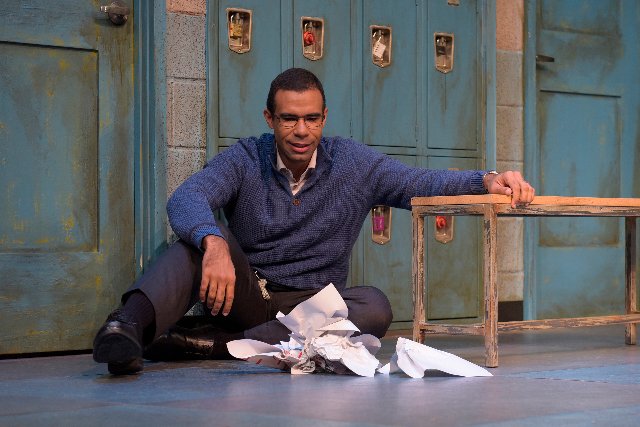 In the 2008 financial crisis, the U.S. economy suffered its worst financial setback since the Great Depression. Millions of people lost homes whose values were overinflated and mortgages were overleveraged. Disproportionately, the poorest homeowners suffered the most. Despite the reckless and often illegal behavior by financial executives, those who did not suffer were the architects of the crisis.

Against this backdrop, economic decline led to reduced employment. The heavy industries in rust belt of the midwest had already been in secular decline, and this body blow hurt. Skeleton Crew is set in an automobile stamping plant in Detroit in 2008. Its window to the greater world is the shabby break room of the laborers on one of the assembly lines, where the abiding concern is the rumor that the plant will shut down. And if so, when and how?

Playwright Dominique Morriseau crafts an effective examination of the plight of the worker in a declining industry with an ensemble of four, each suffering with anxieties about the future. As all of the players are African-American, another layer of issues is added – blacks dealing with institutions, whites, and even other blacks. The playwright’s simple plot line is buoyed by fully fleshed out characterizations and subplots, and the performances in this co-produced Marin Theatre / Theatreworks offering are superb individually and collectively.

The central character is Faye. Working for the company for 29 years, she is the doyenne of the break room. Faye is caring, and as a union representative, she must advocate for both the good worker and the troublemaker. Because of interaction with management, she is also entrusted with confidential information that concerns the labor force.

Reggie suffers even greater challenges. As the foreman of the line, he has transitioned from labor to management and faces the common criticism that he has abandoned his people. And in dealing with other blacks, he must confront the additional dimensions of group solidarity and within-group prejudice. His position is further complicated in that he was initially brought into the plant by Faye. His mother and Faye were best friends, and he was partly raised in Faye’s house. Where will Reggie’s loyalties lie when the chips are down?

With only four characters, the playwright cleverly exposes a number of issues that impact those individuals but also possess societal significance. Faye and Reggie in great measure represent archetypes. So does Dez, a capable young worker whose individualism gives him the potential to escape the assembly line. But he sees the world in terms of us versus them and is prone to fractiousness and risky behavior. Through Shanita, unwed pregnancy is introduced to the mix. Not what we might expect from her situation, she is a young woman of courage, conviction, and uncommon sense of pride in what she does and its importance.

In many ways, the play is comprised of character studies of four individuals facing uncertainly. As different as the characters are from one another, each is living on the edge in some way, and each has participated in dysfunctional behavior with potentially life altering consequences before or during the time of the play. Yet the playwright empathizes with these people, and the audience will also care for them and be saddened by their plights.

Casting of the play is superb. A glowing Tristan Cunningham captures the bright and confident Shanita with the assurance that she will solve whatever ordeals she faces. Lance Gardner is stern and irritable, conveying the constant annoyance that Reggie faces when his orders are not followed and bursting into emotion when unable to deal with irresolvable conflict. As Faye, local legend Margo Hall maintains the equanimity of one who has to maintain the course without letting her own problems get in the way. Christian Thompson is magnetic as the likeable bad boy Dez, challenged to harness his energy constructively.