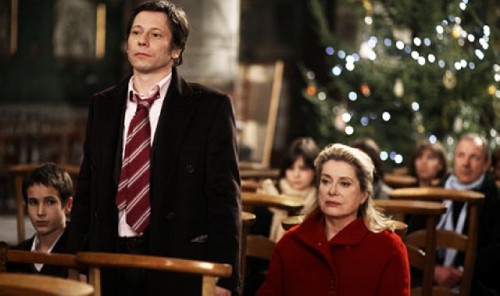 Catherine Deneuve stars in a film at Images. 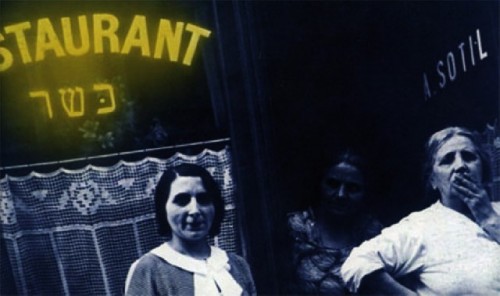 A focus in Jewish life in France. 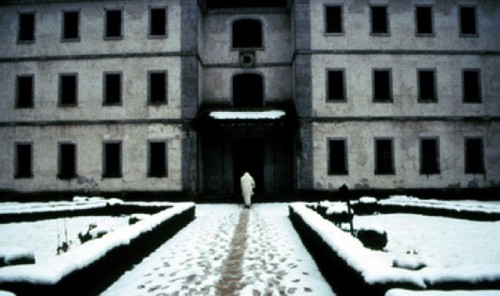 The series is sponsored by Williams College. 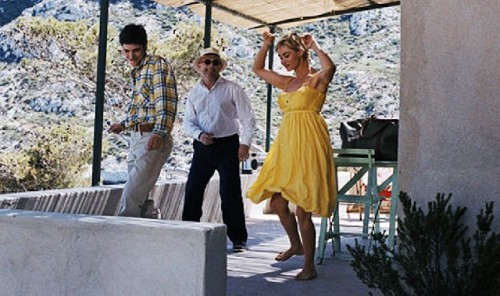 The films are screened free kon Monday nights and are open to the public.

Over five consecutive Mondays at 7PM, from February 8 to March 8, 2010, the Williams College Department of Romance Languages will screen five recent films from France at Images Cinema on Spring Street in Williamstown, MA:

Titled "Faith, Hope, Identity: Religious and Cultural Diversity in Contemporary French Film," this film series presents films that examine the diverse and complex ways that both secular citizens and religious communitiesÂ—from Catholics to Jews and MuslimsÂ—approach the notions of celebration and survival, study and prayer, life and death in contemporary France. In foregrounding Parisian synagogues and Alpine monasteries, Muslim headscarves and Jewish prayer shawls, Christmas celebrations and Holocaust memorials, women battling cancer and men fighting AIDS, these films are individual and collective portraits of faith, hope, and identity in a multicultural France.

Professors Brian Martin, Kashia Pieprzak, Alexandra Garbarini, and Denise Buell from the Williams College Departments of Romance Languages, History, and Religion will give introductions to the films in the series.

All film screenings will be at 7PM, and are free and open to the public. Images Cinema is located at 50 Spring Street in Williamstown, MA. For more information on each of these films, which are all in French with English subtitles, see the Images website:
http://www.imagescinema.org/events.php

This series is a collaboration with the TournÃ©es Festival of the French-American Cultural Exchange Council, which was made possible with the support of the Cultural Services of the French Embassy and ?the French Ministry of Culture (CNC), as well as the Florence Gould Foundation, the Grand Marnier Foundation, Highbrow Entertainment, AgnÃ¨s B. and the Franco-American Cultural Fund. Presented by the Williams College Department of Romance Languages and cosponsored by the Center for Foreign Languages, Literatures, and Cultures.

Monday, February 8, at 7PM: THE CLASS (ENTRE LES MURS)
2 hours 8 minutes. In French with English subtitles. 2008
The winner of this year's Palme d'Or at Cannes was Laurent Cantet's film about a teacher and his students at a diverse Parisian junior high school. In an unusual example of art imitating life, the film was based on the best-selling book by real-life teacher FranÃ§ois BÃ©gaudeau, who also wrote the screenplay and stars in the movie as himself. Working with a cast of non-professional actors, Cantet filmed his "class" for over a year; the result is a hybrid documentary/narrative work that is alive with spirited performances and perspectives on teachers, students, and parents. As FranÃ§ois attempts to teach the French language to his multi-ethnic students, many of whom hail from former colonized countries, he offers both the opportunity and the threat of modern cultural assimilation. No one is above reproach in this important new film, which is sure to spark spirited and thoughtful debate on the importance of race and ethnicity, immigration and integration, religious and cultural diversity, as well as faith, hope, and identity.

Monday, February 15, at 7PM: BEING JEWISH IN FRANCE (COMME UN JUIF EN FRANCE)
3 hours (Part I: 73 minutes. Part II: 112 minutes). In French with English subtitles.  2007
Yves Jeuland's sweeping documentary explores the rich and complex history of Jews in France - the first country to grant Jews citizenship. The film investigates the complex relationship that French Jews have had with the French Republic and the multiple ways French society has dealt with its Jewish population over the course of history. Beginning with Revolutionary cries of "Vive la France" in Yiddish, the film explores well-known events, such as the explosive Dreyfus Affair and Vichy's murderous betrayal during WWII, as well as periods of history that have received less attention, such as the absorption into French society of Sephardic Jews from Arab countries in the 1960s. The film boldly continues into the 21st century, discussing charges of rising anti-Semitism and the country's complex attitudes toward Israel. "Being Jewish in France" includes interviews with leading French politicians, intellectuals, and artists, who speak extensively of their own experience as Jews and their family's history in France. At a time when France is often portrayed as one of the most anti-Semitic nations in Europe, "Being Jewish in France" represents a unique opportunity to better understand the history of French Jews.

Monday, February 22, at 7PM: THE WITNESSES (LES TÃ‰MOINS)
1 hour 52 minutes. In French with English subtitles. 2007
Set in 1984Â–85, AndrÃ© TÃ©chinÃ©'s "The Witnesses," examines the lives of Parisians facing HIV/AIDS during the terrifying first decade of the epidemic. The film focuses on four friends: Adrien, a gay physician and leading AIDS researcher; Sarah, a novelist who has a child with her police officer lover Mehdi; and Manu, a young man who falls in love with Mehdi. Like "Wild Reeds" (1994), TÃ©chinÃ©'s film about two young men falling in love during the Algerian War, "The Witnesses" brilliantly combines the personal and the political, and is one of a growing number films about the early years of the AIDS crisis in France. Focusing on a time when there was little hope for those fighting HIV/AIDS, TechinÃ©'s film explores the relationships of help and support among men and women, gay and straight, rich and poor, Christians and Muslims.

Monday, March 1, at 7PM: INTO GREAT SILENCE (LE GRAND SILENCE)
2 hours 49 minutes. In French with English subtitles.  2006
Nestled deep in the stunning French Alps, the Grande Chartreuse is considered one of the world's most austere monasteries. In 1984, German filmmaker Philip GrÃ¶ning wrote to the Carthusian order for permission to make a documentary about them. They said they would get back to him, and dutifully did so over sixteen years later. Without crew or artificial lighting, GrÃ¶ning lived in the monks' quarters for six months, filming their daily prayers, tasks, rituals and outdoor excursions. This transcendent film seeks to embody a monastery, rather than simply film one. It has no score, no voiceover, and no archival footage. What remains is a stunningly elemental film on time, space, and light. One of the most mesmerizing and poetic chronicles of spirituality ever created, "Into Great Silence" dissolves the border between screen and audience with a total immersion into the hush of monastic life. More meditation than documentary, it is a rare and transformative cinematic experience.

Monday, March 8, at 7PM: A CHRISTMAS TALE (UN CONTE DE NOÃ‹L)
2 hours 32 minutes. In French with English subtitles.  2008
Set in RoubaixÂ—the director's hometownÂ—a small city in northern France along the Belgian border, "A Christmas Tale" features the Vuillard family, a happy clan that has nonetheless been shaken by sickness and the sibling rivalry between Elizabeth, the eldest child, and Henri, the middle child. When the Vuillard matriarch, Junon, discovers she has a rare form of leukemia, the family's Christmas gatheringÂ—which also includes the patriarch Abel, the youngest sibling Ivan, as well as spouses, lovers, children, cousins, and family friendsÂ—is marked by frequent discussions of who will be the most compatible bone-marrow donor for Junon. In one of the film's more astonishing scenes, Junon tells her son Henri that she never loved himÂ—an emotional stance made far more complicated when this prodigal son turns out to be Junon's most compatible donor. Desplechin expertly examines the volatility of family dynamics without ever becoming cynical about the nature of faith and hope.

Note: These film descriptions were adapted from those found at:
http://www.facecouncil.org/tournees/index.html