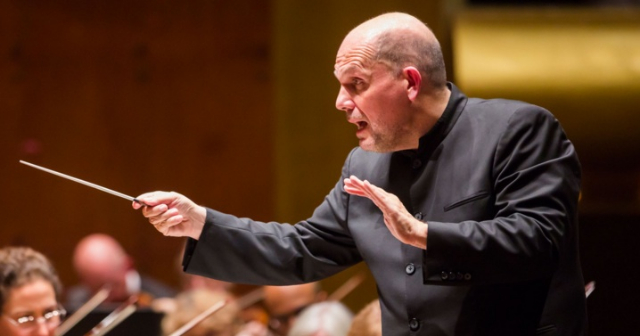 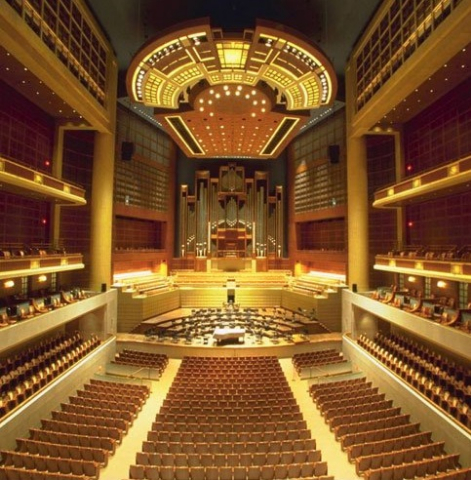 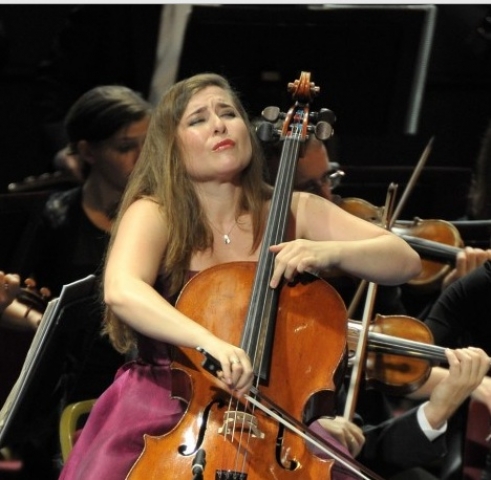 Anton Bruckner in his full glory in Dallas.

New York eagerly awaits the arrival of Jaap van Zweden as the new music Director of the New York Philharmonic. In the meanwhile, it is exciting to hear him conduct the Dallas Symphony Orchestra, who, since his arrival, tackles works as complex as the Bruckner Seventh Symphony with confidence and supreme musicality.

Van Zweden is known to be a tough taskmaster, but it is all on behalf of composers. Watching him work over the past few years in Chicago, and New York, and now in his home town, it is clear that instrumentalists appreciate his guidance and also, in taking phrases large, he gives players permission for personal expression. It is a tough balance to pull off and the Maestro has mastered the challenge.

The Meyerson Symphony Center has wonderful acoustics. Van Zweden attributes these to sound sensitive architects and serendipity. One hopes the anticipated renovations in his new home will be graced with such lucky sounds.

The hall is surrounded by a warm, honey-gold wood and the cushioning of the seats is in matching tones. At the front of the hall is a huge organ whose pipes dominate the scene above the orchestra. Although it was not used this evening, the organ’s presence reminds us of Anton Bruckner's time in St. Florian where the “Bruckner” organ with seventy pipes can still be heard.  Bruckner is known to have played the organ with consummate skill, and his improvisations were famous.  At Richard Wagner's funeral, he performed variations on the themes in Parsifal.

Bruckner’s deep spirituality pervades his compositions. He composed liturgical music, but is best known for nine of the eleven symphonies he wrote. The first two were numbered with zeros, so the Seventh on the program was really his ninth.

The program began with the delightful Variations on a Rococo Theme for cello. The soloist Alisa Weilerstein has risen rapidly in the music world. Audiences, her fellow instrumentalists and the conductor all appreciated her delicate whispers on the cello and the contrasting passionate rushes up and down the instrument.

The Seventh Symphony was Bruckner’s first success. Its subject had come to him in a dream. As he worked on the Symphony, his ‘master’ Richard Wagner died. The wrenching Adagio was composed when he first heard Parsifal. At the performance Bruckner was accused of clapping too loudly.

Pairing the Tchaikovsky with Bruckner’s Seventh Symphony points to a side of Bruckner we do not often appreciate. Like Tchaikovsky, Bruckner creates engaging rhythms and melodic lines in this Symphony.

Listening to the counterpoint in the symphony, you are swept into a feeling of complex joy. Spiritual uplift is always present in Bruckner, and the Dallas Symphony captures it. The four so-called Wagner tubas, 2 tenors in B-flat, 2 basses in F, shone from their position a the top platform. The New York Philharmonic does not customarily perform on a platform, and with the sound van Zweden gets from his instrumentalists, this may be another step forward for the New York orchestra he will lead.

Bruckner had studied counterpoint and fugues with Simon Sechter who Franz Schubert also sought out. It was clear that the composer had deeply studied Bach and Beethoven as the Symphony proceeded. Compelling bits of melody seeking the subject and the drive of fugal counterpoint weave together melodies in their intriguing inversions. Van Zweden’s take on the Symphony is sweet and this gentler, less morose, approach yields great pleasure.

Van Zweden outdoes the Cowboys in Dallas. What will he do to the Giants and Jets in New York?