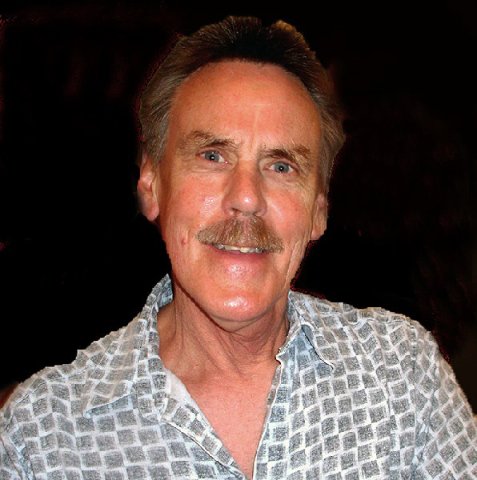 Todd had a machine to maintain that buzz cut. Giuliano photo.

The Boston art community is saddened to learn of the passing of Todd McKee (1944-2022). He was an artist know for wit and whimsy in his work, primarily watercolor on paper.

Early on, he showed as one of three Smart Duckys. The late 1960s and 1970s were a time of protest and change. Their approach, however, was less strident and even more subversive. They poked pins in the balloons of art world pretentiality.

At the time, I was a jazz and rock critic for the daily Boston Herald Traveler. When writing overnight reviews, there was a place holder in the first, or mail bag edition. That fodder copy was pulled when the paper was replated to run the morning edition.

I asked my editor if I could write original copy to then be pulled. He argued that it was a waste of time but had no objection.

That spot was used creatively for art reviews. The paper had a spineless art critic but my beat was music.

I called Todd and told him that he had to go out and buy the midnight edition. If he waited until morning it would not be there.

That’s how I managed to cover the now historic first exhibition of the Smart Duckys. It was a hilarious exhibition in a second floor, popup gallery on Newbury Street near Mass Ave.

In addition to side splitting works by Todd, Marty Mull, and Fred Brink, they elevated toys in a Duchampian manner, displayed on pedestals. They had met as students at RISD. As well as Todd’s wife Judy and Brink’s wife, my sailing pal, Elise Audet.

Brink dropped out after that first project but Todd and Marty thrived as merry pranksters.

Their clever, inventive and original work may best be described as serious fun.

I bought a Mull for $129.95. It was created to emulate a Disney animation cell. A spoof of the Paul Simon song it was titled “Seats Over Troubled Waters.” I also have a McKee from the Paper Prayers series.

They did a food themed show with gallerist Sunne Savage. The work consisted of original canapés that spoofed works by Brancusi, Albers, Pollock, Matisse and others. By the end of the vernissage the exhibition had been consumed.

The artists wore chef costumes and tall hats. The climax of the event entailed kicking a football through a large paper goal post.

At the time, Todd told me how they had labored for days to invent and create their inventive edible art. It was always fun to talk with him as he was efficient and effective at dramatic understatement. His pronouncements generally came with a wink and nod.

In a humorous manner Todd was among the artists that goaded the Museum of Fine Arts into turning its long neglected attention to contemporary art. He insisted on referring to the museum’s director, Perry T. Rathbone, as Percy Rathbone.

They staged a now iconic stunt. Printed on a square of toilet paper invitations were sent for an exhibition Flush with the Walls held in the grand, marbled, basement men’s room. Works were smuggled in and pasted up in addition to wine and cheese for a raucous vernissage.

The event was outed when the venerable Diggory Venn, a stiff staffer, dropped in to take a piss. That’s when, to the delight of all, the you know what hit the fan. Guards was called and the works were torn down and disposed of.

But Percy and the powers that be were freaked out. The museum was not prepared to endure this form of sabotage.

Not long after the appointment of Kenworth Moffett as founding contemporary curator was announced. It is argued that the appointment had been in process but Flush with the Walls may well have accelerated the deal.

While initially stuntmen and activists Todd and Marty became part of an emerging generation of established artists. Marty departed for a career in Hollywood while Todd exhibited with a number of galleries and museums.

Carl Belz honored Todd and his wife the studio furniture maker, Judy McKee, with a retrospective at the Rose Art Museum.

What distinguished Todd’s unique work was the ability to conflate highbrow, midbrow and kitsch. I particularly admired his masterful appropriation of cubism dismounted from its lofty pedestal and brought down to earth with devastating wit.

Todd is on the short lift of contemporary Boston masters that the uptight Museum of Fine Arts has made a fetish of ignoring.

But don’t get me started.