Fires in the Mirror by Anna Deavere Smith 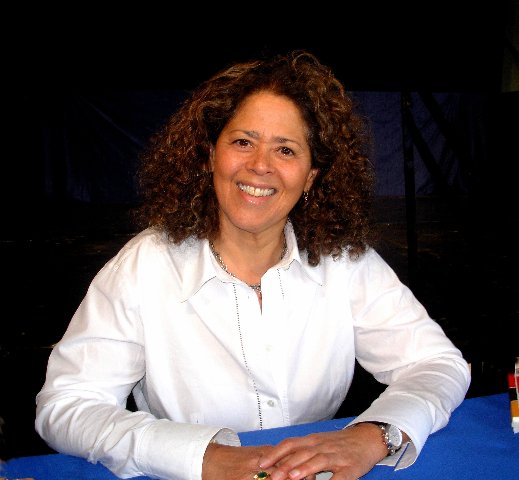 Fires in the Mirror, now at through Sunday, Feb. 6, is an early work by Anna Deavere Smith, which was performed by the author at in 1993. It remains unfortunately still relevant to our society. The issues have not gone away.

Deavere Smith was a pioneer in what is often referred to as verbatim drama; the use of transcripts from interviews to create a work that explores an incident of social importance. Deavere Smith has used this form frequently, most recently with Notes from the Field about the school-to-prison pipeline.

In this case, she was discussing the , riots in 1991. You can be forgiven if you don’t recall this; after all, it is 30 years ago. But the riots resulted when a car driven by a Hasidic jew killed a young African American child. Tensions between the two groups had been rising; many in the African American community believed the Lubavitch community led by politically powerful Rebbe Menachem Mendel Schneerson received preferential treatment from the police and the city.  Shortly after the accident, a few blocks from it, a group of residents confronted and killed an Australian rabbinical student walking along the street. Riots resulted from the heightened atmosphere.

To create this piece, Deavere Smith interviewed people from each community as well as political and social leaders and commentators.

The play is divided into two parts; in the first, a variety of Jewish and Black leaders talk about identity, physical appearance, race, ethnicity and opinions about the incidents.

Act two focuses on the incident and its aftermath.

One of the problems for this production is that many of the people who appear in the first part – a single performer plays more than 20 characters – are no longer household names or their images have changed dramatically. Rev. Al Sharpton was considered a rabble-rouser in 1991; now, not so much. How many audience members will know who Sonny Carson, Letty Cotton Pogrebin, Leonard Jeffries are or their significance at the time? Who even remembers that the NYC mayor was David Dinkins, the first African American mayor?

The second part features residents of the area with their comments about what happened and the results. We meet ordinary citizens from both the Lubavitch community and the African American community.

Recollections are different; did the car go through a yellow light? Or a red light? Was the first emergency vehicle on the scene an ambulance from a Hasidic group or were city there first? Did the Hasidic ambulance treat the driver rather than the child? Did the driver of the car try to run?  When the rabbinical scholar was brought to the hospital where he died, was the mayor more focused on the family of the child that was killed?

Each side has very different recollections and justifications for their points of view.

Deavere Smith doesn’t give us answers but allows us to listen and come to our own conclusions.

Cloteal L. Horne tells the story, transforming herself – with only a few props and costume adjustments – into the characters. I found her transformation to playwright and director George C. Wolfe, spot on.

The direction by Nicole Brewer makes full use of ’s thrust stage.

The scenic design by Diggle basically adapts what has been the norm for this piece. It is not obvious what it means – it certainly doesn’t look like – but is reflective of African culture. In this production, the projections by Camilla Tassi at the back of the stage were at times very confusing and seemingly unrelated to the material.

Brewer has adopted what appears to be a trend in modern theater following the presentation of a piece with a strong political/social issue. After the applause, Horne asked the audience to rise and affirm their commitment to the cause.

Good theater always tries to involve the audience, but this type of participation seems forced. I hope this trend quickly disappears.

Certainly, this work raises questions on much more than just this incident; the ideas about identity and the interaction between groups is one our society is still wrestling with.