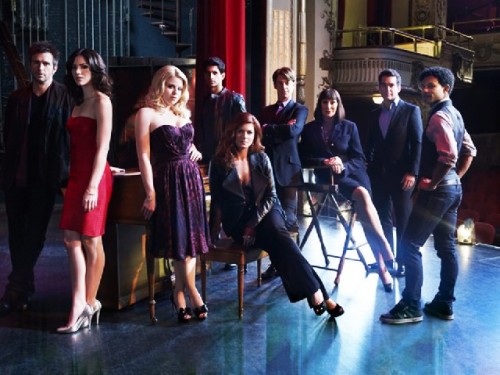 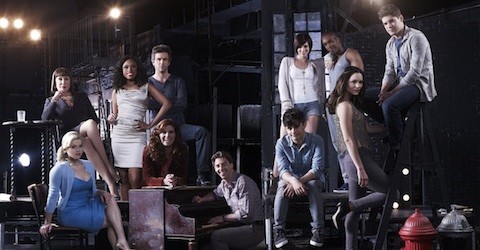 That was then this is now. 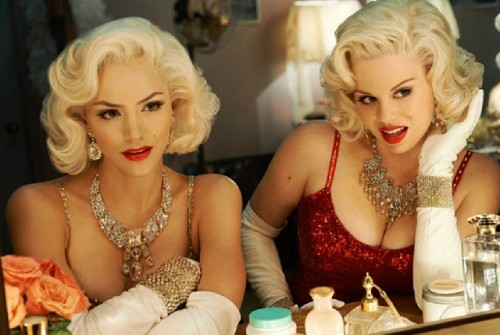 The cat and mouse competition between Karen and Ivy charged the 2012 season. 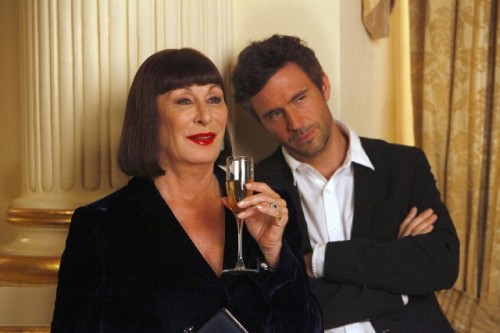 Producer and director checking out the talent. 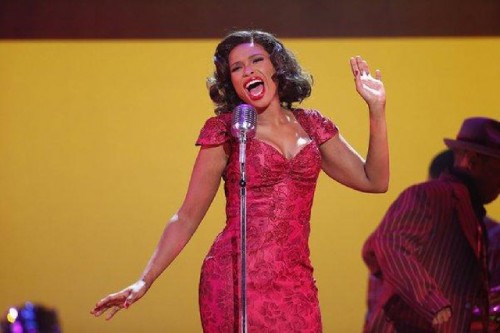 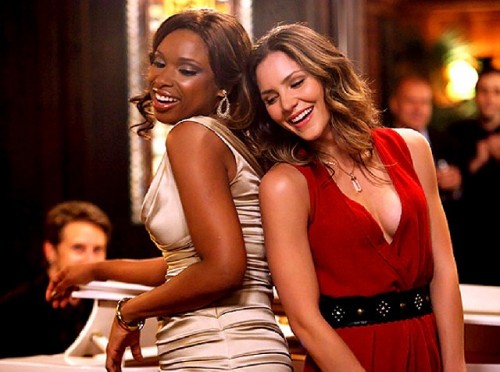 During the season two relaunch Veronica and Karen performed a duet of "On Broadway."

During the first season of Theresa Rebeck’s Smash, a drama focused around the blood, sweat and tears of bringing a musical based on Marilyn Monroe, Bombshell, to Broadway there were episodes of galvanic, inspired brilliance.

The Bollywood sequence, featuring Dev (Raza Jaffrey) the love interest of Karen (Katherine McPhee), one of the two competing for the role of Marilyn, was just hilarious and astonishingly brilliant. It was some of the best TV of 2012.

But Jaffrey, who was a cast member of the BBC thriller MI5, caught philandering with Ivy (Megan Hilty), has been scuttled as a part of an extreme overhaul of the tottering show (ranked in the 50s for popularity of shows) for a 2013 reboot. Smash barely was salvaged mostly based on its youthful demographics.

During the 2012 season Smash had creative mood swings reflected by see saw ratings and viewer numbers which ranged from a launch of some 11 million to a nadir of almost half that with 6 million.

It was widely held that Rebeck, a skilled playwright who has brought two shows to Broadway (one so so the other a bomb) wrote a lot of herself into Julia (Debra Messing) the character of the lyricist for Bombshell. Those close to the production and its many screwups suggest that Rebeck also projected herself into the arrogant, self absorbed, womanizing, British director Derek (Jack Davenport).

In creating Smash initially Rebeck was viewed by theatre lovers as a dream come true for network TV. As season one wore on she revealed feet of clay. Exacerbated this fall when Dead Accounts closed prematurely after mediocre reviews and poor ticket sales.

While Rebeck was the heart and soul of the TV series the network executives kicked her to the curb. Performing the show biz equivalent of triage they trimmed the cast (Michael, Leo, Ellis, Dev and Frank), brought in new players (Veronica a Broadway star played by Jennifer Hudson, Jeremy Jordan as the aspiring songwriter Danny) with new subplots.

Replacing Rebeck as the new show runner is Joshua Safran a veteran of Gossip Girl.

We much anticipated the season two opener last night. Presented like a pilot it ran for two hours.

Frankly (he’s gone by the way) it was a holy mess.

Skipping a week it will be back.

Hopefully by then Julia will read the bad reviews, get out of bed (she’s on a couch with her writing partner Tom, Christian Borle), ditch the scarves, and resume creating a Broadway bound musical.

The back stage drama and sizzling rivalry between Karen and Ivy was the glue that had us stuck to the tube during season one. Smash provided compelling insights about the creative process and formidable obstacles of bringing a show to Broadway.

The character of the producer, the haggard looking, middle aged, tough as nails Eileen (Anjelica Houston) was particularly riveting and insightful. She constantly scrambles for the cash to keep the show going. Including accepting drug money from her shady boyfriend while spurning the offers of her successful producer ex. In one memorable moment she tossed a martini in his face then charged out of Sardi’s.

There was so much going on during the season two launch that I was out of breath trying to keep up. Now and then there were those dazzling production numbers but with less staging and wattage than last year.

To chum the waters for investors and media coverage Eileen hosts a party. The occasion was to announce the securing of a Broadway theatre. With Eileen on the phone “What do you mean you’re not coming” it appears that the theatre has withdrawn the offer. Her ex has outed the drug money to the Feds and Eileen has seen her sugar daddy melt down to syrup. This is usually where we note that the “plot thickens.”

As a member I was particularly thrilled to see that the party sequence was shot in the venerable but controversial National Arts Club in Gramercy Park. The highlight of the segment involved Karen and Veronica belting out the Drifters's duet “On Broadway.” Those American Idols sure have gold plated pipes.

Instead of those meow meow, catty exchanges between Karen and Ivy there wasn’t much sizzle last night. During the Boston out of town tryouts of Bombshell, after season long push and shove, the wholesome new girl in town, Karen, edged the more experienced, nasty Ivy for the lead role. This after a bankable star, played by Uma Thurman, tanked.

We last saw Ivy botching an OD on pills. Now declawed the writers are making her reformed, more sympathetic, and perhaps a bit pathetic. A kinder, wiser, nicer Ivy! Hey guys, no way. That doesn’t work.

The cornhusker Karen, having ditched Dev, is now a diva in waiting, on the prowl, and getting more bitchy by the moment. Her meteoric rise is played against the crash and burn of the Svengali director Derek.

Guess what? He’s being charged with sexual harassment having bedded all of the shows potential Marilyn’s as well as a few aspiring ladies in the chorus. Trashed by the gossip columns he gets drunk in a bar, hits on a babe, and is knocked senseless by her boyfriend. This followed his really stupid line “Let the lady decide.”

Hitting the barroom floor Derek, in a surreal sequence, is surrounded by the dames he womanized for a production number. Again, Derek the creep on the skids is an extreme character makeover that just doesn’t work.

If ratings plummet, as well they should after such a muddled and lackluster season opener, Bombshell may not be around by March.