Machine Age Modernism at the Clark

Prints from the Daniel Cowin Collection 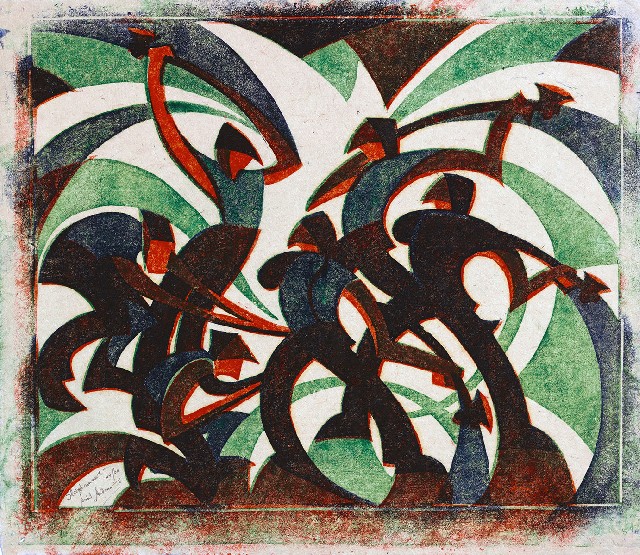 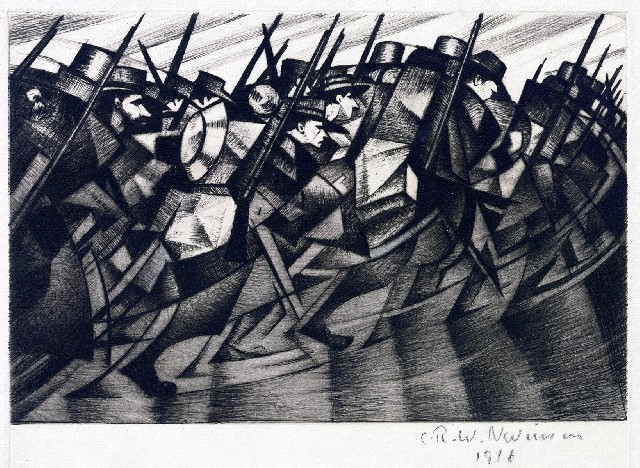 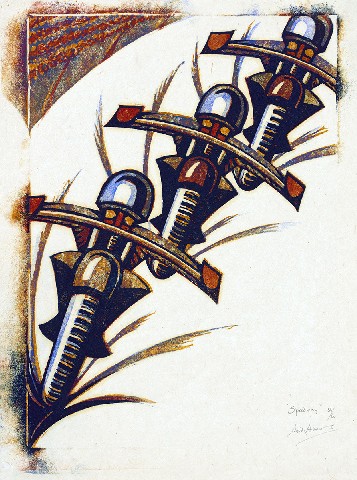 The Clark Art Institute will consider the history and politics that inspired many artists working during and between World Wars I and II in the exhibition Machine Age Modernism: Prints from the Daniel Cowin Collection. Inspired by such prewar movements as Futurism and Cubism, and using innovative techniques developed by artists associated with London’s Grosvenor School of Modern Art in the 1930s and 1940s, artists of the Machine Age defied aesthetic and technical conventions in order to convey the vitality of industrial society and changed printmaking in the process. Machine Age Modernism will be on view in the Clark Center February 28–May 17, 2015.

“The Clark is deeply grateful to Joyce Cowin for allowing us to present her late husband’s collection, and I am especially appreciative of her enthusiasm for the project,” said Michael Conforti, director of the Clark. “Daniel Cowin collected with an astute eye and great enthusiasm. The Clark is excited to be presenting these remarkable works for the first time and, thanks to Joyce’s generosity, to be adding several magnificent prints to our collection.”

The first three decades of the twentieth century in Britain were a time of great civic and cultural change, ones that witnessed social and economic growth followed by depression, political turmoil, and vast technological advancement. Today known as the Machine Age, this was an era when industry and mechanization were embraced both economically and visually. New modes of communication and transportation—radios, trains, automobiles, airplanes—along with the rise of new building types such as the skyscraper transformed the landscape of the country. Amid the mass consumerism that emerged at this time, the fascination with all things mechanized ultimately gave rise to its seeming opposite: a desire for a return to craft and the hand-made.

“American audiences are less familiar with the extraordinary graphic presence and special historical context of Machine Age prints. In this exhibition, we hope to deepen the public’s appreciation for the technical sophistication and pictorial immediacy of these works,” said exhibition curator Jay A. Clarke, Manton Curator of Prints, Drawings, and Photographs at the Clark.

Another type of physical exertion depicted by Andrews and contemporaries such as Lill Tschudi and Margaret Barnard was sport. In Britain between World War I and World War II, the state encouraged physical fitness not only for good health and as a leisure activity, but also to strengthen the country in the wake of losses sustained during World War I. The collective efforts depicted in Andrews’s Bringing in the Boat, Barnard’s The Rowers, and Tschudi’s Ice Hockey manifest a reverence for the teamwork required in certain sports to the exclusion of individuality. The activities they portrayed, both spectator and participatory—horse racing, motor biking, skiing—reflect a nation with both a rising middle class and more leisure time.

Another portion of the exhibition features two notable British printmakers, Edward Wadsworth and C.R.W. Nevinson, whose imagery focuses on the actions and aftermath of World War I. Both engaged in Britain’s military efforts during the Great War. Wadsworth initially interpreted photographs taken by reconnaissance floatplanes of the Royal Naval Air Service and later served as a port officer in Liverpool, where he oversaw the painting of camouflage designs on British ships. For a short time Nevinson was an ambulance driver and later contributed to a series of government-sponsored propaganda lithographs. Each in his own way visually chronicled the war’s impact on human lives and the landscape that surrounded them.

Machine Age Modernism is accompanied by a fully illustrated catalogue with essays by Jonathan Black, a senior research fellow in the history of art at Kingston University in London, and Jay A. Clarke.