Mark Rylance in Farinelli and the King

A Broadway Pratfall for Multiple Tony and Oscar Winner 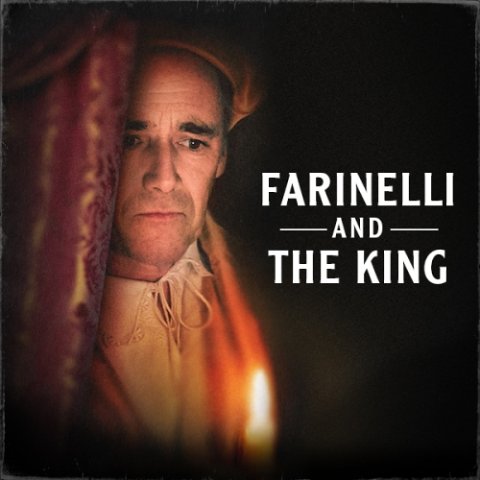 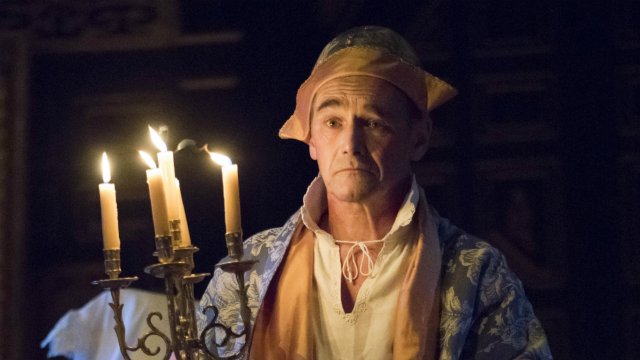 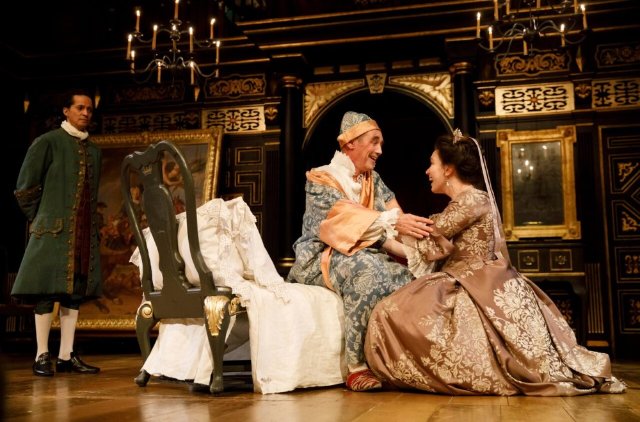 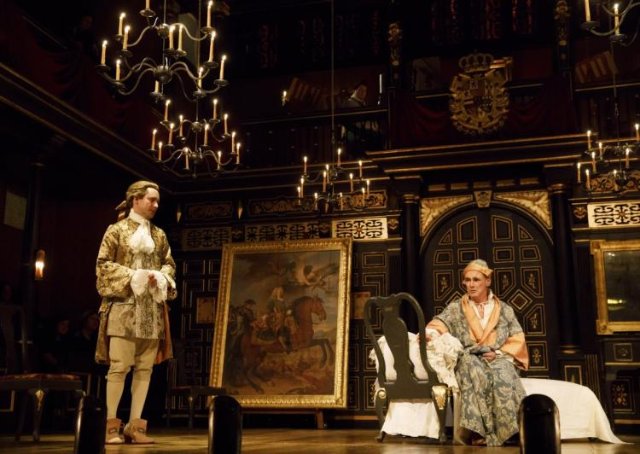 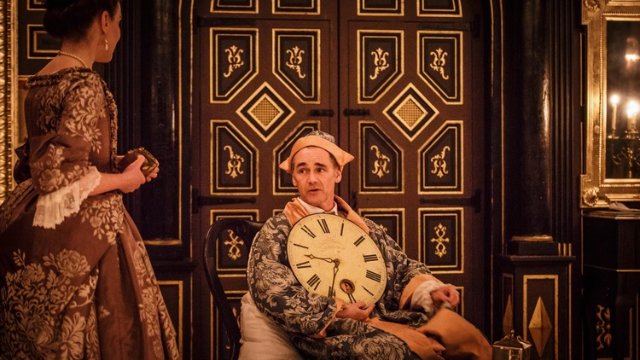 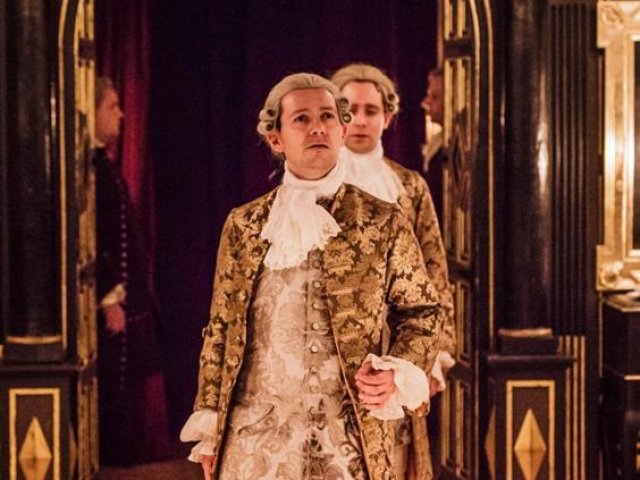 Even before Farinelli and the King, starring Mark Rylance, opened on Broadway at the Belasco Theater, I was chomping at the bit in anticipation of seeing the ever brilliant actor unleash his incandescent magic . Winner of three well-deserved Tony’s, Boeing-Boeing (2008), Jerusalem (2011), and Twelfth Night (2014), an Oscar for best supporting actor in Steven Spielberg’s Bridge of Spies (2015), not to mention a number of Olivier awards, was enough to have me drooling.

Unfortunately, like Humpty Dumpty who had a great fall, this was not to happen with Farinelli and the King. Neither Rylance’s surprisingly wobbly, everywhere but nowhere performance as Spain’s unstable Phillipe V (1683-1746), nor the historically based play, sparsely written by Rylance’s wife Claire van Kampen’s, gave me much to take home. What could have been an extremely successful paring fell disappointingly short.

The story, as written by Kampen, something of a ménage de trios, centers around the King who is given to sudden fits of manic depression and bouts of severe melancholia. There is his Queen, Isabella Farnese (nicely underplayed by Melanie Grove), and Carlo Broschi (1705-1782), better known as Farinelli, the Italian Castrato (castrated at the age of ten).  He became a sensation in opera houses and concert halls of 18th Century Europe only to give up a career at the height of his fame to sing privately for the king.

As history tells us Phillipe would lay in bed in his own excrement, refuse to dress, bite himself, howl into the night, stare out of windows, talk to himself, and play with clocks. This has the king’s chief minister Don Sebastian De La Cuadra (an annoyingly over the top Edward Peel) and a relatively boring royal physician Dr. Jose Cervi (Huss Garbiya) questioning the king’s sanity. They talk about Phillipe’s possible abdication.

To establish the king’s crazy behavior, the play opens with Rylance rod in hand, fishing from a goldfish bowl as he exclaims to the fish “How much happier you are than I.”

The only thing that appears to sooth Phillipe, and give him the peace of mind he craves, is to be it at the royal residence or  a forest retreat where the king, his wife, and Farinelli go to escape the court.  There, to contemplate the heavens, is the ethereal voice of Farinelli, who would sing, accompanied by a trio of musicians, eight or nine arias every evening.

On the plus side there is Jonathan Fenson’s masterful production design. Add to that director John Dove’s wise and perfect choice of using period instruments. There is no amplification, and true to the period, hanging candelabras, candle lighting instead of electricity and authentic period costumes evoke the Eighteenth Century. The absurd conceit of the production, however,  is casting three separate Farinelli’s.

One Farinelli, the wonderfully sympathetic and highly believable Sam Crane who inhabits the play’s emotionally finest moments does the acting. Countertenors Jestyn Davies and James Hall, sing beautifully albeit not exactly in the castrato style of Handel’s baroque arias. They perform on alternate days. The night I attended both Crane and Davies, costumed and wigged exactly alike, stood side by side, one shadowing the other. A surprising La La Land moment came, the only bit of magic in the play, occurs when Davies, while leaving Crane earthbound during the singing of an aria, suddenly soars into the stars.

The mini-highlight of the evening that came as a complete surprise was an admission of love between the queen and Farinelli. According to history, it might have been a fictitious moment. Thanks to Sam Crane, Melody Grove, and the playwright who gave us this emotional gift, it opened up a whole new can of worms. Unfortunately, it came too late in the play to add up to anything other than a throwaway teaser. The same could be said about the play itself.