Liking Theatre and Wanting It to Thrive 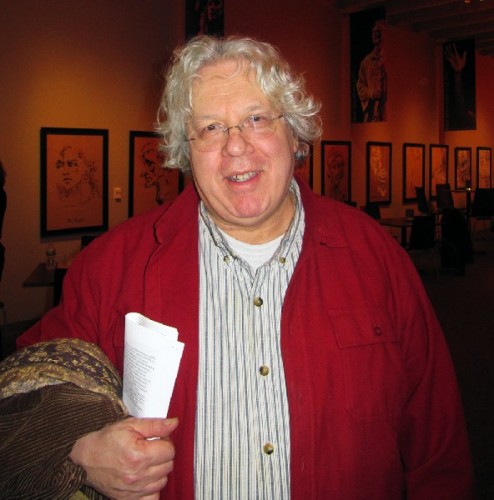 Charles Giuliano  Perhaps we have to know and study the critic before we can value their assessments. What are the tendencies, back story, passions and prejudices that drive them as individuals and how does that get applied to what they write about a play?

That kind of scrutiny and process can, of course, bring us to the conclusion that the writer is so narrowly focused, limited, and inept that what they have to say is marginal, poorly constructed, or just boring.

As a critic/ writer I never feel that I have a margin of error when writing a review. To the best of my ability I try to nail it every time. As I said before that works best when we love or hate a play. The tough ones are mediocre plays and performances that inevitably devolve into not very interesting writing. Recently I got an e mail objecting to a review I posted several years ago.

Looking back at that review my response is that it wasn’t written by me. But by who I was at that time five years ago. Even now I would like to go back and rewrite some of my reviews from last summer. Someone accused me that a number of them were vindictive. I would like to think not but never say never.

A review is written by whoever that individual is on that day. It is a human being sitting in that seat. How much history and life experience informs us as we watch the play? What happened that day? Did the play allow me to escape from my baggage? Or did I drag it into the theatre? Can we trust the review? Should the critic submit to a lie detector test?

In tracking your reviews I find that you pay special attention to the actors and the nuances of their performances. I am sure that they love and value your comments. Your reviews often have the flavor of a director’s notes. It’s as if you are a part of the production. It is the Bergman style.

You often tell us that a play made you laugh. It is a phenomenon that invades and devolves notions of self. Laughter, particularly as a member of an audience, seems for just that moment to strip us of our hang-ups. It is as much violation as it is liberation. When we cry in the theatre we do so decorously. We never hear bathos reverberating through the audience. It is also invasive and liberating but very personal.

But in your reviews that seems to be a litmus that you convey to the reader. That a play makes you laugh or touches you deeply. It is a test of the veracity of what you are conveying to us. If that’s not there your fall back position appears to dwell on the nuances of the actor. How they moved through the set or held a cup of tea.

That fascinates me about your writing because I rarely see or remember those details. I am always fixated on the gestalt or the Gesamtkunstwerk. The totality of the work of which the performance is an aspect. Last summer, at Shakespeare & Company many critics were taken by the excellence of individual performances in Memory of Water. It was a box office success and made several year end lists. But I felt the whole was not the sum of its parts.
Peter Bergman  Charles. I believe that theater is about talent and the best use of talent from the creative writing that starts it all off right through the dismantling of the sets and the storage and reuse of the costumes. Encouragement of what is good is part of what I try to do in any review. If something, or someone, is obviously (to me) untalented or bad or not worth the audience's attention I cite that also. A great many of my reviews are what are called "Mixed" reviews: some good, some bad, some so-so, all mixed together in the copy. But what is important to me above all else is the future of the theater and the future of our audiences. I want people to make up their own minds about most things. I can only express my feelings, my reactions, as I see them.

And by the way, most theaters up here would agree that a very negative review helps to guarantee a sold-out run of a show. I don't mean to suggest that we should all only write negative reviews to help out the cause. By no means. I just want to point out that if someone known to write fairly, as I believe I do and I think my readership understands I do, gives a completely negative response to a show those readers may well be prompted to see for themselves if they will react the same way. Many of my readers did in the case of “Ten Cents a Dance.”  Some agreed with me and some did not. One person verbally attacked me at Steepletop this summer over that review. I thought she was overstating things, but she had a perfect right to feel as she did about both the show and my review. It doesn't mean she will completely negate any other criticism I publish in the future. It's the first time she has reacted this way, as far as I know.

I have to disagree with you also about the sense of who we are when we are in the theater. Maybe you have all those things going on, and perhaps I do as well, but when the lights go down I am as objective a person as I can be. I wasn't looking forward, for example, to another "Guys and Dolls" last summer - I've seen it far too often. And yet when the lights came back up I had to admit that I'd had a perfectly wonderful time and my review reflected that. I also disagree with your desire to go back and rewrite something you've already published. I would never do that. Never. I write exactly what I saw and how it made me feel. That would never change, even upon long reflection. To do so would be both dishonest and disheartening. I encourage you to never second guess yourself if you want to continue being a critic. The word is specific: "critic, one who expresses a reasoned opinion on any subject." My history in the theater as a critic, as an actor, a director, a designer and a playwright gives me a very "reasoned" opinion about any show I see. I have worked in this industry in all those capacities over the years and I am still a performing artist in my lectures, readings, in my classes, in performances before a paying audience. I may not be a star, but I am creditable in my work. All of my work.

As for bathos, get yourself to a theater and see the PLAY version of "War Horse." If you've never heard an audience sobbing you will during the final ten minutes of that play. Even the critics are unable to restrain their emotions there.

I'm not sure why you would choose to comment on my observation of the work of an actor. That's part of the function of my work. Sometimes an actor manages to become the character through gesture, movement, reaction, vocal use, and even sometimes with the aid of those old-fashioned actor's tools, hair, makeup and costume. Other times an actor refuses, or seems to refute, all of the elements that make a character real and instead remains just the actor saying the lines and hopefully following the tracks across the stage to get to the next light spot. I prefer an actor who uses the elements of his trade to the pseudo-star relying on our familiarity with who he or she may be. I comment on what is good and what is bad in an individual performance because I think that's important. You may not, and that's your right. Since you have made this point, I hope I have given an answer that at least clarifies even if it doesn't satisfy.

If theaters sometimes do hate us it is only because we see flaws, mistakes, whatever, and call them on it. It is part of the job, the hard part, the ugly part, and when we do and say and write what the public finally reads that's the way it is. I, personally, would never say that I wasn't the one who wrote my review, and I don't know why you would ever feel that way about yours. Mood, fatigue, all the human elements that might have an affect on us are possible, but I don't think I'd ever confess that I was so deeply involved with myself, whilst doing my job as a critic, that it actually got in the way of my honest and dispassionate point of view.

Here's a sentence you probably expect to hear from me often and I don't think I've said it here, or said it enough: I like theater and I want it to thrive. That is my underlying motivation.  I am what I am, though, honest and a reliable reporter of the facts as I see them. I bring to the theater my knowledge and my skills and the only thing I look for in a performance is performance of the job the artists have been hired to do.
Part One
Back to People Section Home